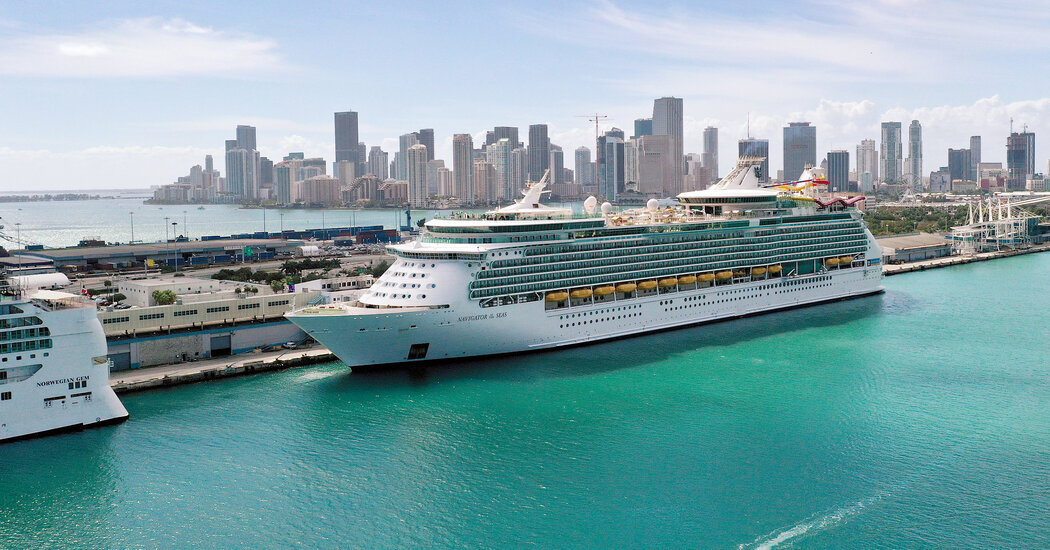 In October, the Centers for Disease Control and Prevention lifted its “no sail” order on U.S. cruise ships and set out a framework that would allow them to start sailing again, bringing relief and hope to a decimated industry — and to many cruise fans.

Nearly six months later, cruise lines are still waiting for technical instructions from the agency, which will allow them to prepare their ships for simulation voyages, designed to test whether they can safely sail.

In other parts of the world, the industry is stirring to life. Some cruise lines plan to restart domestic cruises in Europe later this month and voyages around the British Isles are scheduled for June, when lockdown restrictions are expected to be lifted. Royal Caribbean is running cruises to Greece from the Israeli port of Haifa this spring that will require all the crew and passengers on board to be fully vaccinated.

The C.D.C. says its current focus is working with cruise lines to implement the initial phase requirements of testing all crew and setting up onboard labs as part of a step-by-step approach for the return of passenger cruising. The framework includes extensive testing, quarantine measures and social distancing, but the details remain unclear.

downsize their fleets and sell ships for scrap.

Now, with vaccinations underway across the world and infection rates dropping in some regions, cruise companies are scrambling to prepare their ships for a gradual return starting in Europe and Asia. In the United States, cruise fans will likely have to wait at least until the fall.

“We are hopeful for this year,” said Colleen McDaniel, editor in chief of the cruise news site Cruise Critic. “There have already been some success stories out of Europe where cruise lines have shown that they’ve got great protocols in place, that they are committed to adhering to them, that they can keep passengers in a bubble and that they can do effective testing. We can expect those learnings to help inform cruising in the United States.”

While the timetable remains fluid, here’s what we can expect from cruising over the next few months.

AIDA Cruises has scheduled an excursion around the Canary Islands from March 20 and will be followed by Costa Cruises, which plans to resume Italian sailings on March 27. MSC Cruises is also planning a European voyage in May that will only be open to passengers living in the European Union’s Schengen zone.

Last summer, some cruise companies resumed operations in Europe with strict health and safety protocols but shut them down again in the fall after some ships reported cases of Covid-19 and the region went back into lockdown in response to a resurgence of the virus.

In Britain, domestic cruises could begin from May 17, when lockdowns on the hospitality sector are expected to be eased, the ministry of transport said earlier this month.

Princess, P & O, Cunard and Hurtigruten are among the cruise lines that have announced “staycation sailings” around the British Isles this summer. Some ships will sail around the country’s coastline without calling at any ports, while others will offer shore excursions.

“People are very excited to start cruising again and we are seeing tons of demand right now, particularly in the expedition space,” said John Downey, the president of the Americas for Hurtigruten, a Norwegian line specializing in expedition cruises.

“We will continue to focus on amazing, remote destinations where our guests are more often surrounded by wildlife and nature rather than human populations,” he added. “With stringent health protocols we put in place, we feel very comfortable about the safety of our guests and crew.”

cruiseguy.com, referring to the missing technical details in the conditional sailing order.

“They are waiting for it now and they expect them to update their guidance because it was issued before the vaccines were rolled out and a lot has changed since then,” Mr. Chiron added.

Cruise executives say they expect the C.D.C. to issue the technical requirements soon.

Cruise Lines International Association, the industry group that represents most of the largest cruise companies, announced a mandatory set of health protocols that will be implemented as part of a phased-in resumption of operations.

The core elements include:

Will vaccinations be required?

Some companies are reluctant to depend on testing alone, after the SeaDream 1, a ship that had aspired to be a model for a safe return to cruising, cut short its Caribbean voyage last year because several passengers tested positive for the coronavirus, despite the fact they’d had a negative test before boarding.

Most major cruise lines have not decided whether they will require vaccinations for future sailings and are waiting for further scientific guidance once inoculation becomes more widespread around the globe.

In Britain, Saga Cruises and P & O said that they would require all guests to be fully vaccinated before boarding their ships throughout 2021. Royal Caribbean announced sailings from Israel to Greece in May, where all crew members and passengers over the age of 16 must be vaccinated.

Royal Caribbean Group. “We’ve been getting more and more experience with sailings abroad out of Germany, Singapore, the Canary Islands and Italy and we will continue to learn and adapt as new knowledge and scientific discoveries like the vaccine come to the fore.”

You were seeing double this week: A spectacular $54 million compound featuring two equally luxurious mansions separated by a private lake in Southwest … END_OF_DOCUMENT_TOKEN_TO_BE_REPLACED