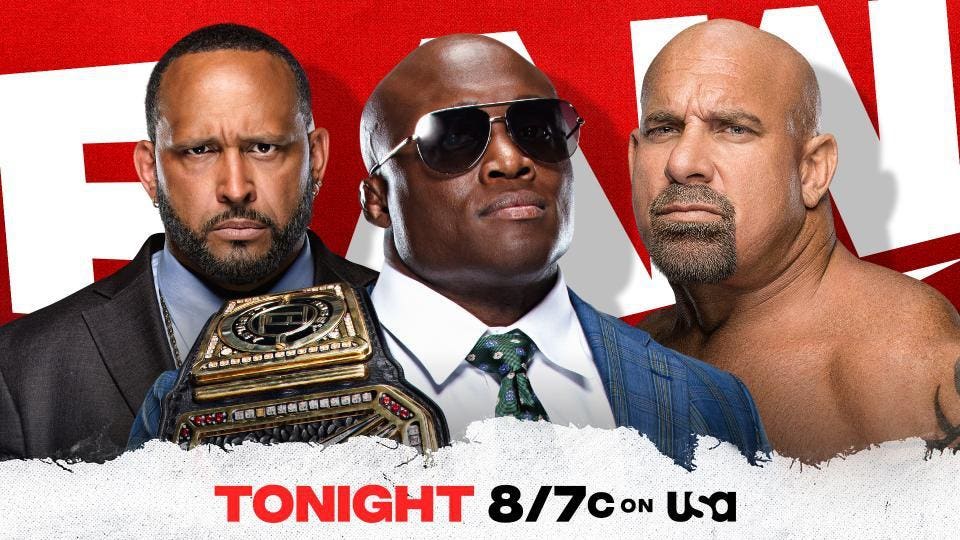 The sound of Riddle saying “Bro” in his theme music interrupted Randy Orton’s promo just as he and the crowd were saying the “O” in R-K-O.

At this point, Randy Orton has been such a bad friend that Riddle is starting to look bad for continuing to beg for his help.

After watching this whole match and following the storyline since Orton came back, I’m not all the way sure Orton is a babyface.

Almost all of Nikki A.S.H.’s offense came via counter or after Rhea Ripley made a mistake, all while Charlotte Flair buried her gimmick on commentary.

Charlotte Flair pointed out how she doesn’t understand how Nikki A.S.H. can be “almost” anything, yet her father is almost an AEW star.

If Nikki A.S.H. drops the SmackDown Women’s Championship at SummerSlam, this title reign will give Rey Mysterio’s ill-fated reign in 2006 a run for its money.

Though this feud might be beneath him, Drew McIntyre came off like a big star to this crowd.

The stipulation of this match dictated that if McIntyre won, he would get to bring his sword to the ring, so he’s now one step closer to homicide against Jinder Mahal, and poor Veer and Shanky will not get their SummerSlam payday due to being banned from ringside.

McIntyre vowed to create an unforgettable moment with Jinder Mahal and his sword, which I’m sure will lead to Angela being auctioned in the future.

“Moist TV” is the latest example of how John Morrison may never run out of funny puns with the word “moist.”

The last time Damian Priest wrestled The Miz while he was in street clothes, Priest was beaten by Miz while Miz was in his underwear, so suffice to say I was very nervous for Priest in this match.

The Miz lost a one-sided match via a Damian Priest Brogue Kick, all while his best friend turned on him despite Miz telling me personally that would never happen. Welcome back, Miz.

The Miz and Morrison reunited (for now) while The New Day promoted their merch in the background.

This feud stopped dead in its track the minute it became a 50-50 feud, and being in the popcorn spot didn’t help either.

With WWE set to return to Saudi Arabia soon, now wouldn’t be the worst time for them to start a winning streak.

Randy Orton worked his butt off to help make Omos look like a dominant giant.

Omos’ first WWE loss came via disqualification because AJ Styles kicked him while he was on the outside.

Randy Orton declared RK-Bro was back, but when Riddle said “Randy, you make me so happy,” the look Orton gave Riddle was priceless.

The Karrion Kross reclamation project continued on WWE Raw after he attacked Jeff Hardy during a backstage interview only to beat him quickly in their third match. At least he looks strong heading into NXT TakeOver 36.

After backflipping away from R-Truth and Akira Tozawa while on a playground, Reggie’s gimmick is that of a 90’s-era Power Ranger.

These Elias is Dead promos seem like such a mistake for this poor man’s character. This week, he planted a tombstone with his name on it.

Nia Jax gave Nikki A.S.H. her version of the Stink Face, which got the biggest reaction of this match. She then doubled down by slapping her butt while going for a Banzai Drop, but Charlotte tagged herself in via butt slap. I think Nia Jax might be on to something with this new gimmick.

The Nikki A.S.H.-Rhea Ripley tag team proves that if you can’t beat them, get beaten with them.

Though she didn’t get pinned, this marked Rhea Ripley’ second loss of the night. That poor SmackDown women’s champion.

Goldberg vs. Bobby Lashley—Face to Face

Fans continued to play nice with Goldberg in San Antonio. The final test will come in Las Vegas, Nev. in what should be a short match against Bobby Lashley.

Goldberg is such a great babyface promo, and was on his way to cutting another great go-home promo before being interrupted by MVP.

MVP seemed to really lean into the “what” chants instead of steamrolling over them and he made it work.

I low-key feel like Goldberg’s son us going to turn on him at SummerSlam.

The Mississippi River town of Ste. Genevieve, MO, might be the ideal spot for a buyer in search of a refreshing idea.This mixed-use structure on the … END_OF_DOCUMENT_TOKEN_TO_BE_REPLACED

More From ForbesJan 26, 2022,09:00am ESTCompany Named For Jetsons Son Unveils Autonomous Cargo EVTOL Drone Of The Near … END_OF_DOCUMENT_TOKEN_TO_BE_REPLACED

The prison in Hasaka where thousands of Islamic State fighters are held, in 2019.Credit...Ivor Prickett for The New York TimesThe prison at the center … END_OF_DOCUMENT_TOKEN_TO_BE_REPLACED