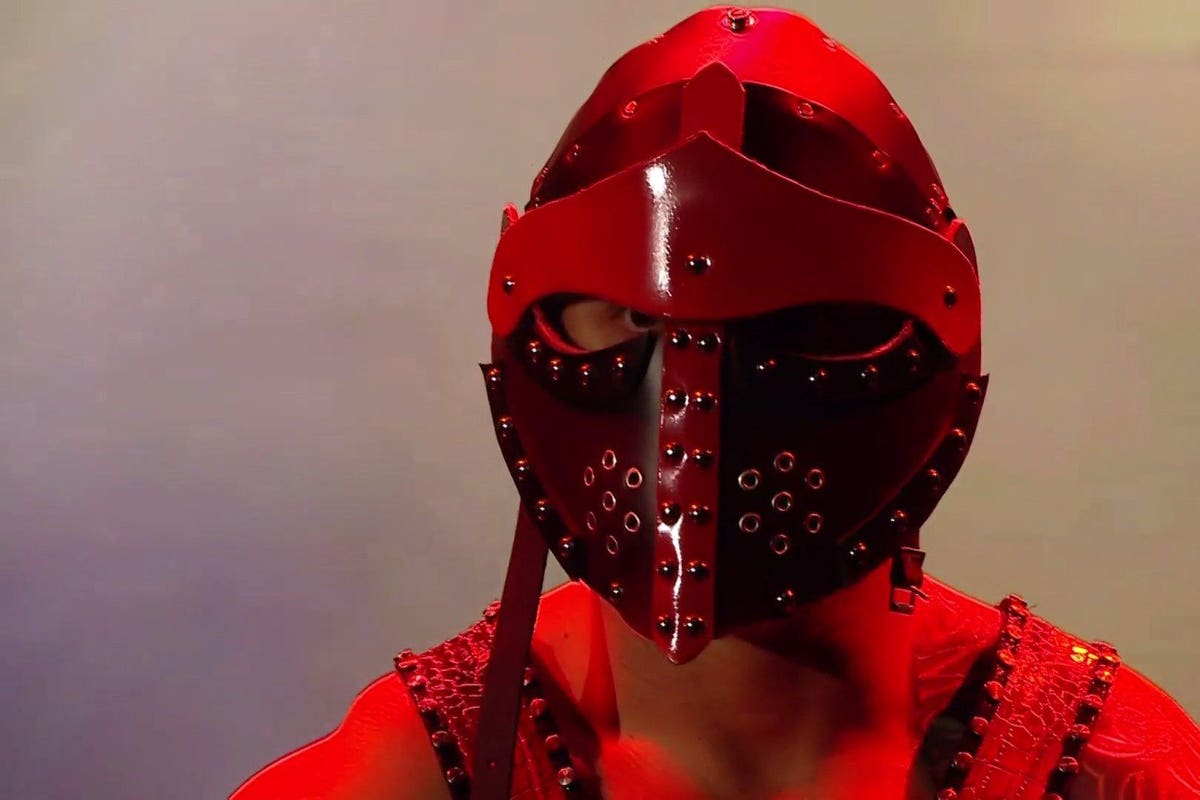 MVP did such a great job working this crowd into a frenzy, I thought they were setting up for Big E to cash in.

Damian Priest remained protected as he extended his undefeated streak in one-on-one competition, albeit by disqualification.

Drew McIntyre coming anywhere near Bobby Lashley makes me nervous WWE will ignore their own stipulation and allow McIntyre to challenge for the WWE Championship yet again.

Ubiquitous Bobby was in the opening segment, he followed up with a one-on-one match against Damian Priest (where Lashley received another entrance) then he worked a third straight segment in this tag team match.

I hate to see a heel walk out on another heel, which is what happened when Bobby Lashley left Sheamus hanging, but after carrying Raw for the first 30 minutes, I don’t blame him.

24 hours after losing the NXT Championship to Samoa Joe, Karrion Kross trended for all the wrong reasons with a very questionable mask and straps added to his gear.

There should be a line at Gorilla Position of professional wrestlers begging Logan Paul for advice as to how to get heat like this.

Does it get any more tone deaf than trying to book Logan Paul as a babyface?

Logan Paul is such a heel he managed to turn The Miz into a babyface.

The Miz and John Morrison argue just like a married couple. Such chemistry between those two.

It’s all fun and games until somebody slips on all that water and legitimately hurts themselves.

After all these years, The Miz and Morrison’s bromance is on the verge of ending due to a dripstick, and to be honest, it’s actually a pretty compelling story.

Mansoor and Mustafa Ali’s relationship reminds me of an After-School special where a protagonist (Mansoor) befriends a mischievous student (Mustafa Ali) who acts as a bad influence on him.

Charlotte Flair cut a great heel promo, doing everything she could to get booed, but this crowd seemed far more eager to cheer her.

Charlotte Flair said “I do not need family” in a not-so-subtle shot at Ric Flair, who very well may be AEW-bound.

Miz and Morrison split up and Nia Jax and Shayna Baszler teased dissension on a show built around an RK-Bro celebration. How is anybody supposed to get excited about any tag team knowing how eager WWE is to split them up.

Nia Jax continued to make her backside a central part her offense and her hometown crowd was all for it.

If Riddle’s customized “RK-Bro” scooter isn’t a WWEShop.com item this holiday season, WWE will be leaving so much money on the table.

Just one time, I want to see Randy Orton and Riddle ride to the ring together on scooters.

I was surprised to see AJ Styles and Omos still pursuing the Raw Tag Team Championships between the frequent tag team breakups and the temptation to push Omos as a singles star.

With another win over AJ Styles, this time in the Raw main event, Riddle is officially in the midst of his biggest push.

The Mississippi River town of Ste. Genevieve, MO, might be the ideal spot for a buyer in search of a refreshing idea.This mixed-use structure on the … END_OF_DOCUMENT_TOKEN_TO_BE_REPLACED

More From ForbesJan 26, 2022,09:00am ESTCompany Named For Jetsons Son Unveils Autonomous Cargo EVTOL Drone Of The Near … END_OF_DOCUMENT_TOKEN_TO_BE_REPLACED

The prison in Hasaka where thousands of Islamic State fighters are held, in 2019.Credit...Ivor Prickett for The New York TimesThe prison at the center … END_OF_DOCUMENT_TOKEN_TO_BE_REPLACED