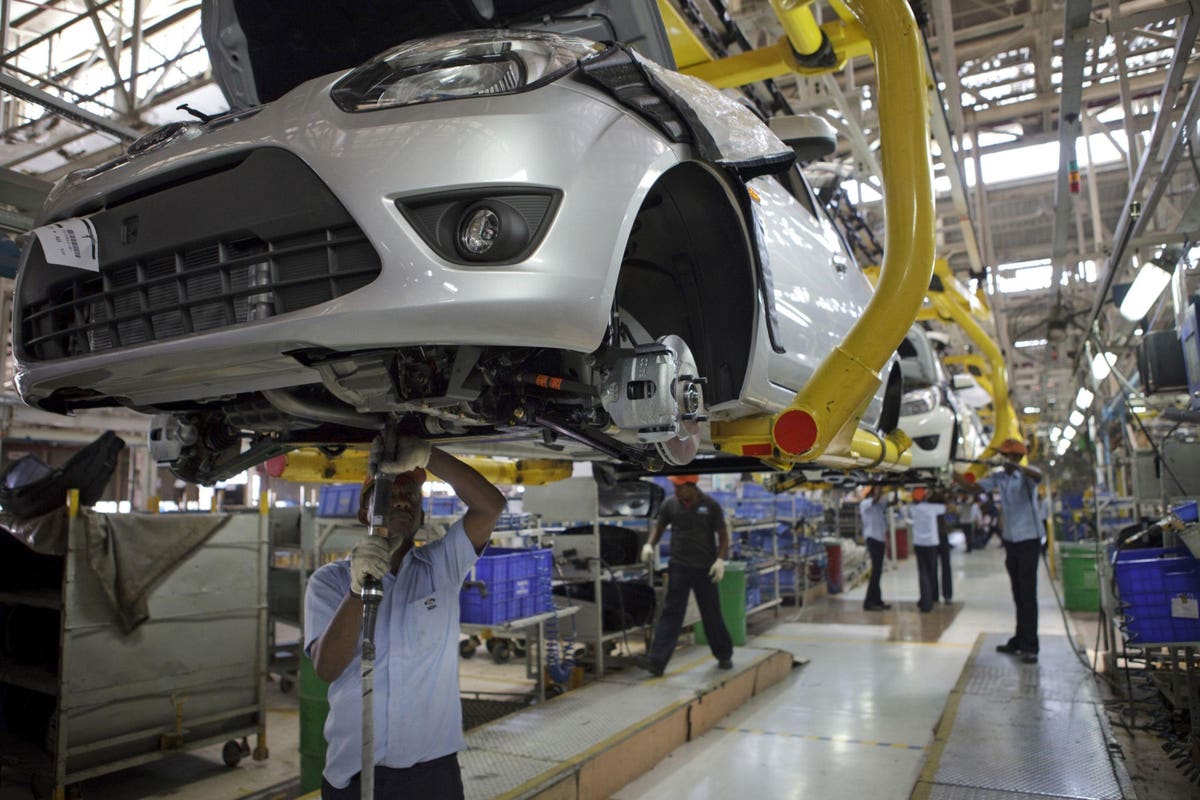 Ford Motor Company announced last week that it would stop producing cars in India as the global auto industry continues to grapple with a shortfall in semiconductors and other components due to supply chain disruptions.

The Dearborn, Michigan-headquartered company, which has been operating in India for 25 years, is following in the footsteps of other U.S. vehicle makers–General Motors and Harley-Davidson–by shutting down its factories in the country.

Ford said Thursday that it had considered several options, but concluded that it had “not been able to find a sustainable path forward to long-term profitability that includes in-country vehicle manufacturing.” The company accumulated losses of more than $2 billion over the past 10 years and demand for new vehicles had been weak.

“It is fundamentally a cultural or mindset issue with a lot of western manufacturers,” Hormazd Sorabjee, editor of Autocar India, said in an interview with the Economic Times. “Their cost structures and the way they think about cost are just totally out of whack with what needs to be done in India.”

Ford’s exit comes at a time when the wider auto industry is facing a global shortage of semiconductor chips and other parts. The demand for chips has ramped up as the pandemic forced millions of people to work from home while supply chains were disrupted by lockdowns and other restrictions.

Ford said the restructuring will cost the automaker roughly $2 billion and it will affect about 4,000 employees as it stops making cars at its factories in Sanand, Gujarat, and Chennai, Tamil Nadu. More than 500 employees at the Sanand facility will continue to produce engines for export, and about 100 employees are needed for parts distribution and customer service. Sales of the company’s current vehicles, such as Figo, Aspire, Freestyle, EcoSport and Endeavour, will cease once existing dealer inventories run out.

The automaker’s withdrawal comes at a time when the Indian passenger vehicle market has been in a decline over the last five years. Passenger vehicle sales in 2020-21 (following the April-March accounting period) were 2.71 million units, compared with 2.77 million units the previous year, according to the Society of Indian Automobile Manufacturers (SIAM). Sales had reached a peak of 3.37 million in 2018-19.

As part of Ford’s restructuring plan, the company said it intends to expand its Ford Business Solutions operations, which now has more than 11,000 employees. The team will support the global operations, and focus on engineering and technology. The expansion will provide more opportunities for software developers, data scientists, R&D engineers, and finance and accounting professionals, according to the release.

Ford entered India in 1995 in partnership with the Mumbai-headquartered Mahindra & Mahindra, which was then largely a manufacturer of tractors and utility vehicles. It constructed a greenfield plant near Chennai from where it launched a mid-size, entry-level sedan named Ikon as its first product for the Indian market. The partnership with Mahindra ended after a few years, only for the two to partner up again in 2017. Even this did not last long and towards the end of 2020, the partnership was called off.

General Motors stopped selling cars in India at the end of 2017, after two decades of operating in the country. It sold one of its plants to long-time partner, China’s SAIC Motor Corp, and was in talks to sell the second plant to Great Wall Motors of China, a plan that had to be put on hold because of the Covid-19 pandemic and also due to the border standoff between India and China.

The iconic motorcycle brand Harley-Davidson, a more recent entrant into India, stopped its assembly operations in the country as part of its global restructuring plan in 2020. The Donald Trump Administration had tried to persuade India to cut its import duties on imported motorcycles, but had only limited success.

Jesse Tyler Ferguson, one of the stars of “Modern Family,” is once again searching for a buyer for his Manhattan pied-à-terre. It’s back on the market … END_OF_DOCUMENT_TOKEN_TO_BE_REPLACED

Tom Holland in Spider-Man No Way Home Sony Sony and Marvel’s Spider-Man: No Way Home topped the box office yet again in this unfortunately empty … END_OF_DOCUMENT_TOKEN_TO_BE_REPLACED