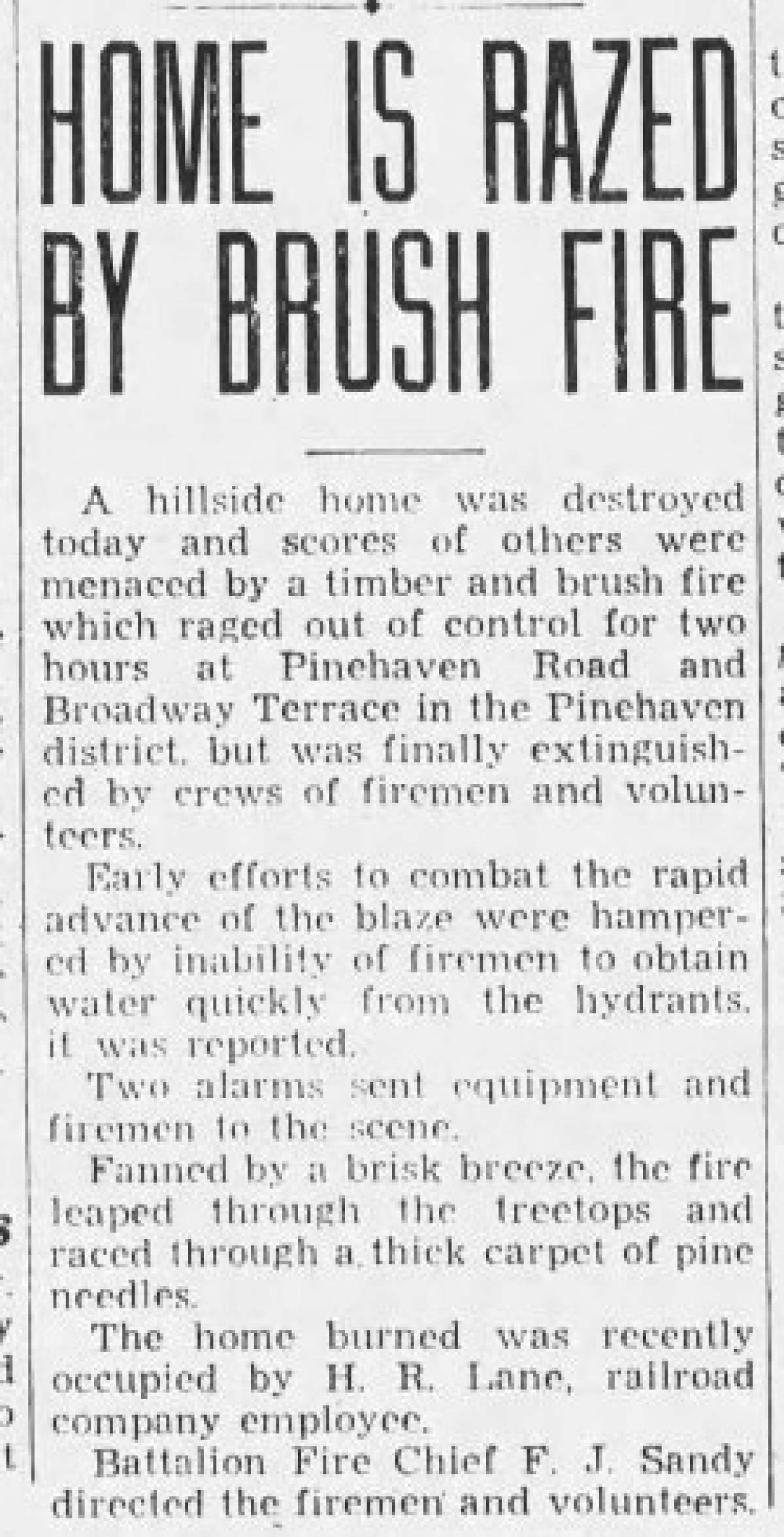 A hidden log cabin in the middle of one of the Bay Area’s most expensive neighborhoods is going cheap.

The Oakland hills and Piedmont’s 94611 ZIP code has an average home value of more than $1.5 million, per Zillow, but a rustic cabin that would make Jack London proud is currently selling there for $575,000.

“It’s a very unique property but it’s not in great shape,” listing agent Nick Flageollet said. “We found some interesting history on the place, back in the 1930s there was a fire there.”

The fire in question was reported in the Oakland Tribune on Oct. 23, 1933. But the cabin, built in the 1890s, somehow survived. It’s likely that the “destroyed” house mentioned was a second building on the same plot.

Four years later, another historic fire that scorched 9 square miles of the Oakland hills — including the steep land where the home sits — made headlines, but again, the log cabin on Pinehaven survived.

Archives reveal that the 1937 blaze started when a music teacher’s backyard bonfire got out of control on Pinewood Road on Sept. 25, 1937. During the first six hours, the fire burned across the western edge of the Pinehaven district up Broadway Terrace to a point just below Skyline Boulevard and back down another canyon to the west.

HANOVER, N.H. — Sirey Zhang, a first-year student at Dartmouth’s Geisel School of Medicine, was on spring break in March when he received an email … END_OF_DOCUMENT_TOKEN_TO_BE_REPLACED

VLACHOVICE-VRBETICE, Czech Republic — For nearly a century, local residents have wondered at the strange comings and goings at a sealed-off camp … END_OF_DOCUMENT_TOKEN_TO_BE_REPLACED

That’s changing. The Biden administration and its allies are pushing the notion that caring for children — and the sick and the elderly — is just as … END_OF_DOCUMENT_TOKEN_TO_BE_REPLACED