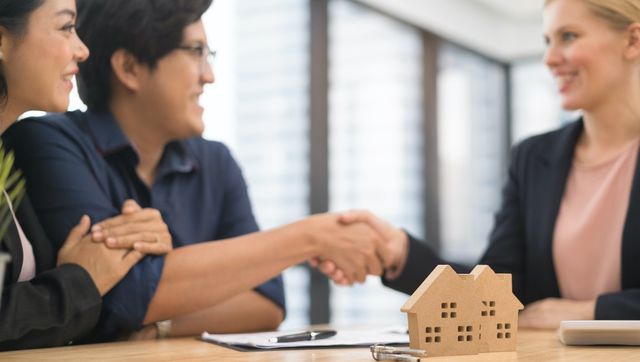 The saving grace for many home buyers in this ultracompetitive housing market has been record-low mortgage interest rates. Even as the number of homes for sale has dwindled, pushing prices up beyond anyone’s wildest expectations, the low rates have provided some financial relief.

But rates have been rising again for the past seven weeks, topping 3% in March, leaving buyers grappling with the unwelcome combination of higher home prices and higher mortgage rates.

In a bit of good news for buyers, rates dipped in the week ending April 8, falling to an average 3.13% on a 30-year fixed-rate loan, according to Freddie Mac. That’s down from 3.18% the prior week.

“This week’s decline brought some much needed relief for buyers,” says realtor.com® Senior Economist George Ratiu. “Even a 5 basis-point decline in rates brings about a slightly lower mortgage payment.”

Every little bit helps as median home list prices jumped 17.2% year over year in the week ending April 3, according to realtor.com data. Nationally, the median home price was $370,000 in March.

Rates fell slightly due the economy’s growing stronger, as unemployment continued to tick down and consumer confidence grew. This led investors to feel secure enough to pull money out of traditionally safer investments, such as government and mortgage bonds, and put that cash into the stock market, which is often viewed as riskier. Typically, when there’s less demand for mortgage bonds, mortgage rates go up.

That’s why buyers shouldn’t expect those lower rates to last. As the economy continues to improve, rates will rise.

When Graham Brooks received his ballot in early February, asking whether he wanted to form a union at the Amazon warehouse in Alabama where he works, … END_OF_DOCUMENT_TOKEN_TO_BE_REPLACED

QuantumScape could pursue legal action after coming under assault in a scathing report released by activist short-seller Scorpion Capital."We're … END_OF_DOCUMENT_TOKEN_TO_BE_REPLACED