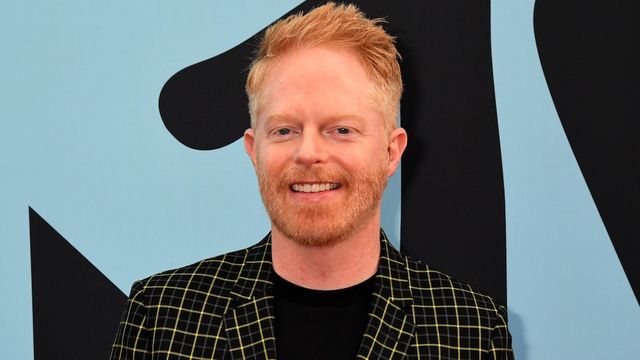 Jesse Tyler Ferguson, of “Modern Family,” is letting go of his Los Feliz digs. He and his husband, Justin Mikita, have listed the appealing abode for $6,995,000, Architectural Digest reported.

Past celebrity owners reportedly include the “Twilight” star Robert Pattinson. Before Pattinson, the chart-topping singer Gwen Stefani owned the home, purchasing it in 1998 for $1,375,000. She was responsible for many upgrades to the property, according to the Los Angeles Times, including adding the lavish pool and waterfall.

The singer sold the bachelorette pad in 2007 for $4,795,000, after she had moved to Beverly Hills with her then-husband, Gavin Rossdale. After the couple split, their wildly designed 90210 mansion made headlines with a $21.6 million sale price.

When Ferguson and Mikita arrived, they tapped the interior designer Peter Gurski, to add their own touches to the 4,926-square-foot interior, according to AD. Eye-catching details include placing a bird cage over an ornate chandelier in the domed entry.

Other design touches feature bold colors and wallpaper prints, and a mix of serious and silly artwork. The result was featured in Architectural Digest in 2018.

If you like the look, the listing notes that the home can be offered furnished.

The gated property is hidden behind hedges and trees, for plenty of privacy. A long driveway leads to a three-car garage.

Inside, the “trophy 1920s” home has been renovated, upgraded, and maintained with modern finishes, while holding on to the original details and character of the building, such as tiled floors, stained-glass windows, and arched entrances.

You enter through a two-story formal entrance with a domed and stenciled ceiling, and find a teal-toned library, as well as a large, light-filled living room with 25-foot ceilings and a stone fireplace.

The Myanmar military’s bloody crackdown on the nationwide resistance to its rule showed no sign of easing on Sunday, with a human rights group … END_OF_DOCUMENT_TOKEN_TO_BE_REPLACED

Secretary of State Antony J. Blinken on Sunday criticized the Chinese government for a lack of transparency during the pandemic, particularly during … END_OF_DOCUMENT_TOKEN_TO_BE_REPLACED

DAVOREN PARK, Australia — No one really knows when backyard sheds became meaningful to men, as a retreat and a place to tinker. But in the late 1990s, … END_OF_DOCUMENT_TOKEN_TO_BE_REPLACED