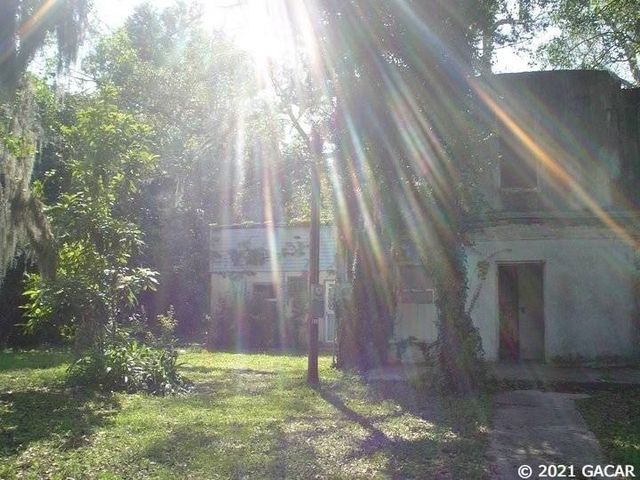 It’s neither the acreage nor the seemingly reasonable price of $139,990 that stand out at this Florida listing. It’s the spirits.

“I’d have to say this is one of the more unique ones that I’ve ever seen,” says the listing agent, Matt Perry. “It doesn’t get much weirder than this one.”

He’s tasked to sell the spooky property at 313 N.W. Second St. in Trenton, FL, also known as the haunted Gilchrist County Jail. It’s been called the most haunted building in Florida.

“I’ve been there several times by myself,” Perry says. “I was obviously on high alert. I really just tried to be as professional as I can be, but I never experienced anything.”

However, the moment the listing went live, the entire Multiple Listing Service system in nearby Gainesville, FL, crashed for a few hours.

“My little joke is that the only thing that the spirits have done so far is that they broke the MLS when I tried to bring it live,” Perry says.

Built in 1928, the building was used as a jail until 1968. Often, the prisoners spent the nights alone without a jailer, since a jailer’s residence wasn’t added to the property until 1966.

The prisoners often got a little feisty—which they evidently still are.

“All the big-time and really famous ghost hunter people have been there,” Perry says. “They use trigger items like cigarettes and booze and money, which will really get the spirits going crazy in there.”

There are many videos and audio recordings of conversations and objects moving around when no humans are in the building.

A paranormal enthusiast, Arlene Hale, has owned the property for several years. Perry says that Hale’s husband bought it for her as a present, and that the time has come for her to find someone else to take it over. She took on the task of introducing any paranormal occupants to the agent.

“Before I began doing anything, she insisted that she be the one to take me out there to introduce me to the spirits,” Perry explains. “I went out there with her, and I let her walk me through and explain to them (the spirits) that I had no ill will, that I was going to simply bring them another Arlene—somebody that would love the jail like she did. We’re just switching hands.”

For over a decade, Hale has hosted tours and monthly gatherings for ghost hunters. Perry says he plans to take a few prospective buyers and other listing agents to the next gathering.

According to the listing, the property has eight bedrooms and eight bathrooms—but the accommodations are spartan, to say the least.

“There are actually eight cells, all with plumbing, a toilet and a sink,” Perry says.

Five are upstairs, and the other three are downstairs.

“That’s exactly what they are, they’re the cells,” he notes.

There’s an additional bathroom in the former jailer’s residence, which is more traditional and private. 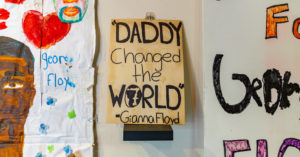 Normally when jurors are weighing the guilt of innocence of a defendant, they will not hear much about the victim’s life. Most states view that kind … END_OF_DOCUMENT_TOKEN_TO_BE_REPLACED 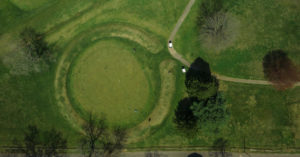 NEWARK, Ohio — The third hole here at the Moundbuilders Country Club is a tricky par 4: The green is protected by a six-foot-high mound that almost … END_OF_DOCUMENT_TOKEN_TO_BE_REPLACED

“Home Town” stars Ben and Erin Napier have big news: They’re expecting a baby girl! The couple will welcome their second daughter in May, who will … END_OF_DOCUMENT_TOKEN_TO_BE_REPLACED