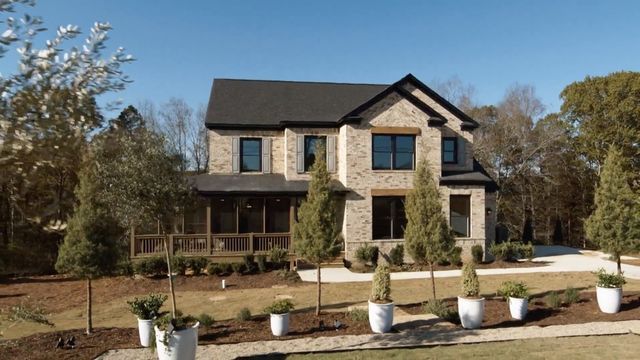 On “Rock the Block,” we’ve seen this season’s four sets of competitors make over kitchens, bedrooms, and beyond. But in the latest episode, they turn their keen designer eyes to the exteriors, proving that what’s on the outside counts almost more than what’s within!

In the episode “Rock the Exteriors,” host Ty Pennington tells the competitors they have a week to polish the back and front yards, as well as the exterior of the house.

The teams scramble to give their properties the best outdoor amenities, but with so much to do, some teams fall behind. Plus, with each team burning through its $225,000 full-renovation budget, they’ve got to focus on budget to make sure they have enough money to finish the competition.

When time is up, guest judges Carmine Sabatella and Mike Pyle from the new HGTV show “Inside Out” check out each team’s home and choose a winner with the best ideas.

Whose house will they pick? Read on to find out who wins this challenge, and get some great ideas on upgrades you might be dying to try this summer.

A brick exterior is worth the money

Nate Berkus and Jeremiah Brent, stars of “Nate and Jeremiah: Save My House,” decide to invest in a brick exterior. They cover their “Rock the Block” house with brick on all four sides, spending a whopping $40,000 on the upgrade.

“We’ve seen a lot of the local architecture, and it’s usually brick just on the front of the house and then siding on the backs,” Berkus says. “But brick you never have to replace. It’s forever.”

When the brick is finished, Berkus and Brent have spent a good chunk of their budget, but the result looks beautiful. Plus, judges Sabatella and Pyle love the multicolored brick and the elegant look it gives the home.

In the end, Berkus and Brent are proud of their style choice.

“You just can’t argue with the value of a brick home,” Brent says.

Your home’s exterior should echo what’s inside

While Berkus and Brent focus most of their funds on the brick exterior, they still manage to do some landscaping. Brent comes up with the idea of creating a two-tiered lawn and framing the upper level with a stone-filled border with scalloped edges.

It’s a unique look, which will help this house stand out, plus it ties in nicely with the home’s interior—namely the kitchen.

“What we as designers continue to strive for is a mastery of detail,” Berkus says. “And so, when we scallop the landscaping, we’re doing that for a reason, because the corners of the stone on our [kitchen] island match.”

Love golf? Put a putting green in your backyard

While Berkus and Brent focus their attention on the front yard, Alison Victoria of “Windy City Rehab” and Mike Holmes from “Holmes on Homes” pour most of their money into the backyard.

Victoria notices that there’s very little space in the back of these houses, so she thinks making the most of this area will help her home stand out.

“Since none of the houses have backyards,” she says, “I want to make a backyard.”

Victoria and Holmes upgrade this space by adding a retaining wall, a faux-turf putting green, and an outdoor kitchen. With these few upgrades, they make this small space into an oasis.

Unfortunately, the judges aren’t sure about the putting green, doubting whether there are enough golf enthusiasts to justify the expense. Still, Victoria points out that the green can be easily changed into anything. It’s a great, transformative space that can work for almost anything, proving that versatility is key.

A mix of colors and textures creates great curb appeal

Days before the bout to defend her championship title, Zhang Weili, China’s most famous mixed martial arts fighter, sensed her opponent was trying to … END_OF_DOCUMENT_TOKEN_TO_BE_REPLACED

The Australia Letter is a weekly newsletter from our Australia bureau. Sign up to get it by email. This week’s issue is written by Jane Perlez, who … END_OF_DOCUMENT_TOKEN_TO_BE_REPLACED