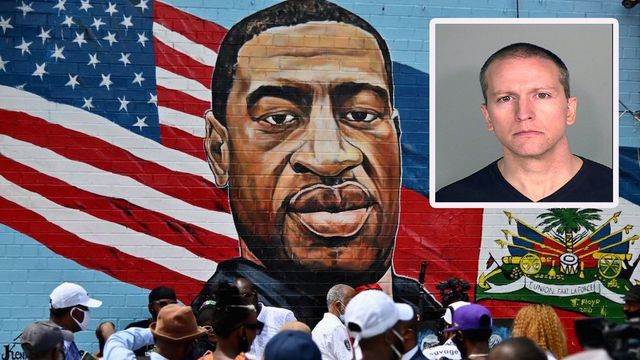 The police officer charged with the murder of George Floyd and the prosecutor who initially charged the officer both sold their Minnesota homes last year in the aftermath of the notorious incident. Floyd’s death sparked racial justice protests around the world and led to protesters gathering outside of the homes of the officer and prosecutor.

Derek Chauvin, the policeman fired from the force after kneeling on Floyd’s neck for more than 9 minutes, sold his home in the Minneapolis suburbs over the summer. Chauvin was fired shortly after Floyd’s death last May. He is currently on trial, charged with manslaughter, second-degree murder, and third-degree murder.

After Floyd’s last minutes went viral, riot police were called to Chauvin’s home to protect against angry protesters. The word “MURDERER” was chalked on his driveway, which was splattered with red paint, according to media reports. The sides of the garage were also vandalized, says real estate broker Jason Jernell. His brokerage represented the buyer of the property.

The former police officer and his ex-wife (who filed for divorce days after Chauvin was charged with murder) sold their three-bedroom, two-bathroom, split-,level home for $279,000 in late August. The nearly 1,700-square-foot home on just over a third of an acre in Oakdale, MN, was originally listed for $305,000 in June, according to realtor.com® data. The final sale price was about 8.5% less than the initial asking price.

The lower sale price is a reflection of the perceived taint on the home, says estate appraiser Orell Anderson, of Strategic Property Analytics. He specializes in distressed properties.

“This discount alleviates the stigma of owning the home,” says Anderson. It also may help the buyers justify the purchase. “They didn’t buy at market rate; they bought at discount because that’s what the [owners] deserve.”

After the price cut, the home did receive multiple offers, says Jernell. It was built in 1986 with an attached garage and is across the street from a park.

Chauvin and his ex, former beauty queen Kellie Chauvin, who earned a real estate license, purchased the home for $270,000 in 2017. Their divorce was finalized in February.

Protesters also gathered outside of the Chauvins’ second home in Windermere, FL, about 20 minutes southwest of Orlando. The home was purchased in 2011 for $210,900, according to realtor.com data. Kellie had asked for both homes in the divorce, but the residence was listed under both her and her ex-husband’s name as of last month, according to property records.


Minneapolis Star-Tribune. The crowds reportedly swelled to more than 1,000 people.

Freeman’s office initially charged Chauvin. The Minnesota attorney general then took over the prosecution of the case.

“There’s a negative attachment toward those houses,” says estate appraiser Anderson. “The taint of being affiliated with this tragedy is so significant that buyers are afraid of being linked to it because they bought these houses.”

Millions of cars are recalled each year, and roughly eight million already have been in 2021, according to the National Highway Traffic Safety … END_OF_DOCUMENT_TOKEN_TO_BE_REPLACED

The board of advisers at the digital chamber is stuffed with former federal regulators, including a former member of Congress and a recent chairman of … END_OF_DOCUMENT_TOKEN_TO_BE_REPLACED