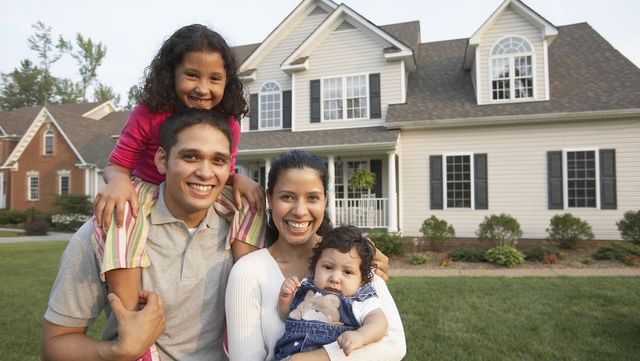 More than 600,000 Latinos bought a home with a mortgage last year—a 13% jump from 2019, according to a recent report by the National Association of Hispanic Real Estate Professionals.

For many Hispanic buyers, COVID-19 cemented their desire and accelerated their plans to become homeowners. Record-low mortgage rates also served as an incentive, driving down monthly mortgage costs.

The Hispanic homeownership rate peaked in the real estate boom years of the mid-2000s—and then tumbled a little during the financial crisis. Since 2014, it’s been on the upswing, reaching between 48% and 49% in 2020, according to the report.

Over the past decade, Hispanic buyers have made up more than 50% of homeownership growth, according to projections from the Urban Institute. They’re expected to make up 70% of new homeowners over the next 20 years.

Homeownership has been particularly important in helping Hispanic families build wealth. The equity in that property accounts for 57.6% of Latino wealth. Those who own their homes have a median net worth of $164,000—versus $36,050 for Latino families overall.

“For Latino households, owning a home is a central part of building a solid financial foundation, and increasing wealth over time,” says realtor.com® Senior Economist George Ratiu. “This preference became even more important during 2020, as the COVID pandemic accelerated many people’s reach for the safety of a home and the space to work, live, and school children.”

Who’s buying what kinds of homes?

Many Latinos are simply at the point in their lives when folks typically want to own homes. The median age of Latinos in this country is 29.8, which is typically when people start coupling up, starting families, and entering the housing market. Almost 1 in 3 Latinos is between the ages of 25 and 44, according to the report. That means many of them are first-time buyers.

“Even during a year beset by sharply shrinking inventory and rising prices, as well as declining credit availability, Hispanic buyers were looking to push their purchase timelines up,” says Ratiu.

They also are less likely to have a four-year college degree. Just 17.6% of Latinos 25 and older had completed a bachelor’s degree in 2019. While that can hurt their future earnings in many cases, it also means fewer Hispanic home buyers have student debt holding them back from saving up for a down payment.

However, those who buy tend to have stronger incomes. Last year, Latino households purchasing homes had a median income of $74,000, according to the report. The median value of the homes they purchased was $265,000 in 2020 for properties with mortgages.

Latino buyers are also 3.5 times more likely to be part of a multigenerational household than the rest of the population. Nearly 29% of all households with more than one generation of a family under one roof are Hispanic.

More than half of Hispanic buyers, 53%, would prefer a multigenerational home. Properties like this can accommodate aging parents as well as grown children and the grandchildren. This living situation may also be more affordable, as the family can pool resources to come up with a down payment and pay the monthly mortgage bill, utilities, and other expenses.

BERLIN — Dr. Peter Weitkamp placed an ad in eBay’s classifieds last week, offering appointments for an AstraZeneca vaccine — “free/to give away” — to … END_OF_DOCUMENT_TOKEN_TO_BE_REPLACED

Secretary of State Antony J. Blinken, meeting with counterparts from both China and Russia on Friday, said that the United States would “push back … END_OF_DOCUMENT_TOKEN_TO_BE_REPLACED