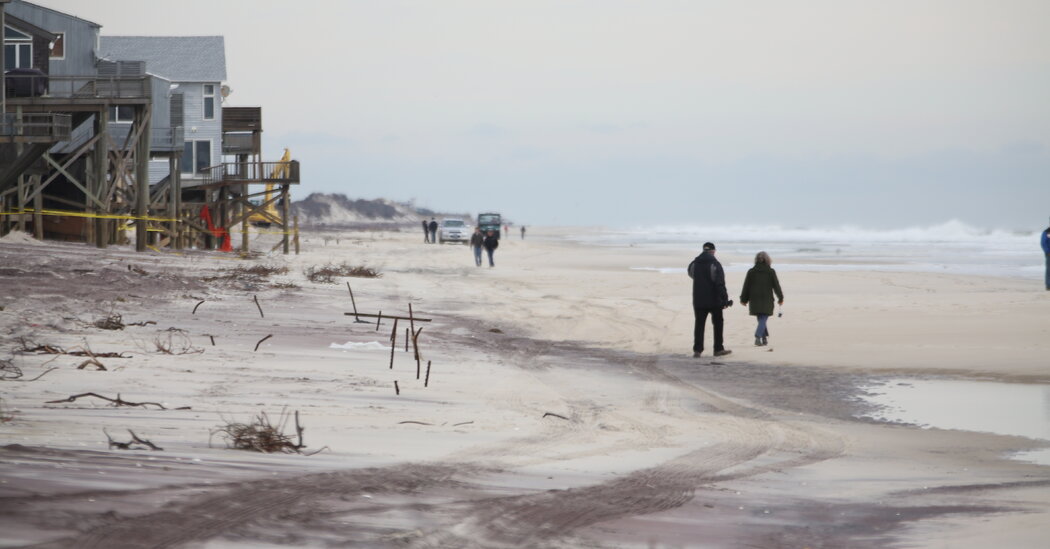 Some homeowners made their own improvements to guard against extreme weather.

Mr. Della Valle said moving his house cost him half a million dollars. Since then, he has taken further steps to fortify his home, including raising it four feet off the ground, adding a sprinkler system, installing impact-resistant windows and wrapping the outside of the house in corrugated zinc, which he said would help prevent water intrusion.

Other homeowners have taken similar precautions, including bolstering the support for their elevated houses and strengthening their roofs, Ms. Goldhirsch said. And last October, lawmakers in Suffolk County, which includes Fire Island, proposed a plan to replace the island’s outdated septic and cesspool systems, which can leak during a hurricane, contaminating soil and water.

With the 2022 hurricane season starting on June 1, the National Oceanic and Atmospheric Administration is offering hurricane preparedness tips for homeowners, including an insurance checkup and guidelines for ensuring a house is in compliance with building codes.

Despite the weather-related risks, the nation’s coasts are continuing to draw people. About 94.7 million Americans, or nearly 30 percent of the U.S. population, lived in coastline counties in 2017, a jump of more than 15 percent from 2000, according to the U.S. Census Bureau. And more than 60 million people lived near the Atlantic Ocean or the Gulf of Mexico, the regions that are the most vulnerable to hurricanes.

As the 10-year anniversary of Hurricane Sandy approaches, some Fire Island residents say there is only so much they can do to prepare for bad weather.

“In my opinion, a home on a barrier island is not permanent,” said Ms. Goldhirsch, who added that her family has had a home on the island for more than 100 years. “I tell people, ‘Don’t build a home here if you don’t have a high tolerance for risk.’”

Mr. Della Valle agreed: “There is a degree to which you accept the reality of living on the ocean.”

SEATTLE--(BUSINESS WIRE)--(NASDAQ: RDFN) —The housing market turned a corner in April as the inventory crunch showed signs of easing, according to a … END_OF_DOCUMENT_TOKEN_TO_BE_REPLACED

We present a chance to live like Rocky Mountain royalty right in the heart of Denver. “You don't see a lot of castles in the middle of Denver—and this … END_OF_DOCUMENT_TOKEN_TO_BE_REPLACED