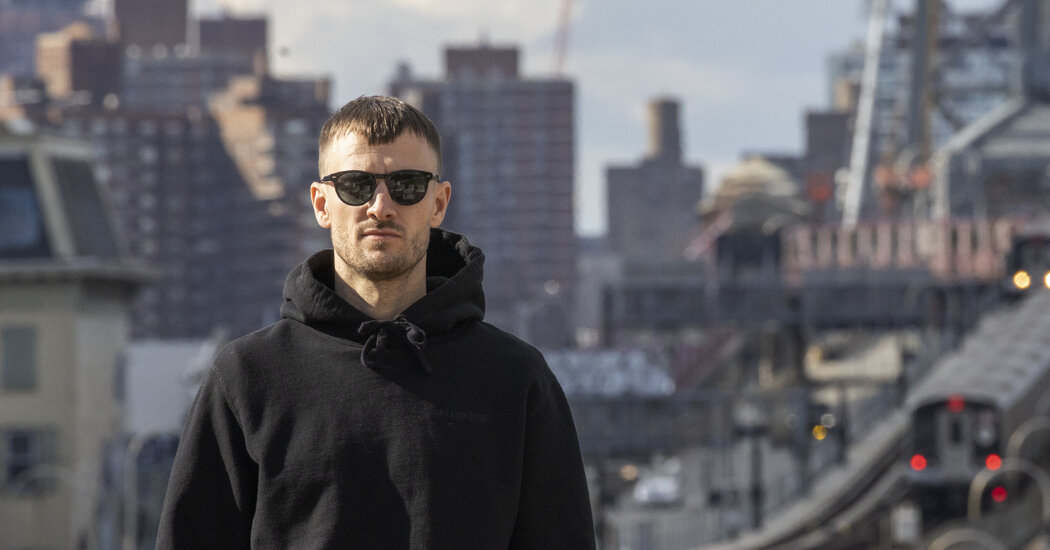 If you’re unhappy with your New York City apartment, it helps to have a relative who is a real estate agent.

That’s what Tim Burns, 38, discovered. Earlier this year, Mr. Burns was living much too close to an overactive jackhammer. He liked his studio in Williamsburg, Brooklyn, but the construction noise — a side effect of living in a neighborhood freshly colonized by high-rises — was beginning to get to him. The ruckus started at 7 a.m. and didn’t break for lunch.

One day last winter, his sister-in-law, Marlene Burns, an agent at Compass, called him. As Mr. Burns recalled, she said, “‘Tim, I just saw this building. You’ve got to at least look at it.’ And whenever she tells me this stuff, I’m always like, ‘OK.’”

He walked the two minutes to the Dime, a 23-story apartment building in Williamsburg, to meet her. Halfway through their visit, he said, “we were making eye contact, like, ‘I need to move here.’” He did so in March.

Mr. Burns’s sister-in-law was sure he would love the building because it had a basketball court. (Really, it’s a half court, with wide wings and a truncated length.) Mr. Burns is a skill trainer with Pro Hoops, a company that trains basketball players of all ages and backgrounds. But the company doesn’t have its own court yet, so for Mr. Burns, having a home court where he could train clients — from athletic tweens to N.B.A. pros — was a huge draw.

The Dime occupies the old Dime Savings Bank building, which will eventually become a retail or commercial property. It abuts a gleaming new tower with 117 rental units as well as a basketball court, a gym, a sauna, a squadron of grills on the grassy fifth-floor terrace and office space for residents.

Those amenities make life in a 400-square-foot studio easier, as does having office space a few floors away. The bright, white walls and wide windows maximize light in the $3,150-a-month apartment, making it feel more spacious. And during the warmer months, Mr. Burns cooked regularly on the building’s grills.

“When you live in a studio, you don’t want to smoke it up,” he said. “So I can go out on the terrace and get all that cooking done, and my living space isn’t filled with smoke.”

Count this as a rarely discussed renter’s luxury: never having to wake up to the smell of last night’s grilled steak.

His favorite perk in the studio: “I have a walk-in closet, so I have a lot of storage space in here for shoes and clothes — with basketball, and training, I always have sneakers to stack up.”

The neighborhood’s best new pizza spot: “Ace’s Pizza on Driggs is really great, and sort of under the radar. They just opened up, and they serve Detroit-style pizza.”

Once he moved in, Mr. Burns arranged with the building management to hold a free training class once a week for residents, many of whom are young and fitness-focused, as he is.

“I’ve only seen a handful of families in the building,” he said. “It’s a lot of people who are trying to be active, and people are always finding time to get in there and play a little bit of pickup, even if it’s just to shoot.”

For many of the tenants he has met, the building’s fitness element was a big draw, so the court and gym double as social spaces. Mr. Burns often invites friends over for a pickup game, or dinner on the terrace, or both.

He now knows when the court will be busy and which times are quietest. In those off-hours, he is able to train clients, taking them through baseline drills and advising them on their games, both physical and mental. He also offers personalized training sessions to the building’s residents.

A longtime basketball player, Mr. Burns started training in 2007, when he moved to New York to work at Pro Hoops with his brother Ross Burns, who was already a trainer there and whom he shadowed professionally during his first months in the city.

Mr. Burns enjoys the relationships fostered during training, which involves creating personalized plans for clients, running standard basketball drills and working on the mental aspect of the game. Training also doesn’t come with many of the interpersonal complications of running a team.

“Coaches have a tremendous impact on players, but it’s not an easy job,” he said. “You have to cut people — there’s always someone who’s going to be unhappy.”

Training appealed to him, he continued, because “while you have to be hard on people and you have to hold them accountable, 100 percent of my relationship with clients is me helping them, developing them.”

But even with his new home-court advantage, Mr. Burns still has to travel around the city to other courts. Training N.B.A. players often takes him into Manhattan to visit them at their practice courts, and if the court in his building is busy, he has to look elsewhere.

“You kind of just bounce around and make it work,” Mr. Burns said. “It’s the battle every year: having consistent gym access.”

Recently, his brother Casey Burns helped found a charter school in Williamsburg, and he said he would rent the gym there on weekends. In a big city like New York, there’s always an open gym somewhere, and there’s always someone looking to play pickup.

AUSTIN, Texas--(BUSINESS WIRE)--As the first multifamily management company to be recognized in the Public Relations and Marketing Excellence Awards, … END_OF_DOCUMENT_TOKEN_TO_BE_REPLACED

There have been whispers of cooling housing and rental prices in the San Francisco Bay Area, but that hasn't yet translated into practical, noticeable … END_OF_DOCUMENT_TOKEN_TO_BE_REPLACED

Cars pass in Independence Square at twilight in Kyiv, Ukraine, Monday, Oct. 31, 2022. Rolling ... [+] blackouts are increasing across Ukraine as the … END_OF_DOCUMENT_TOKEN_TO_BE_REPLACED