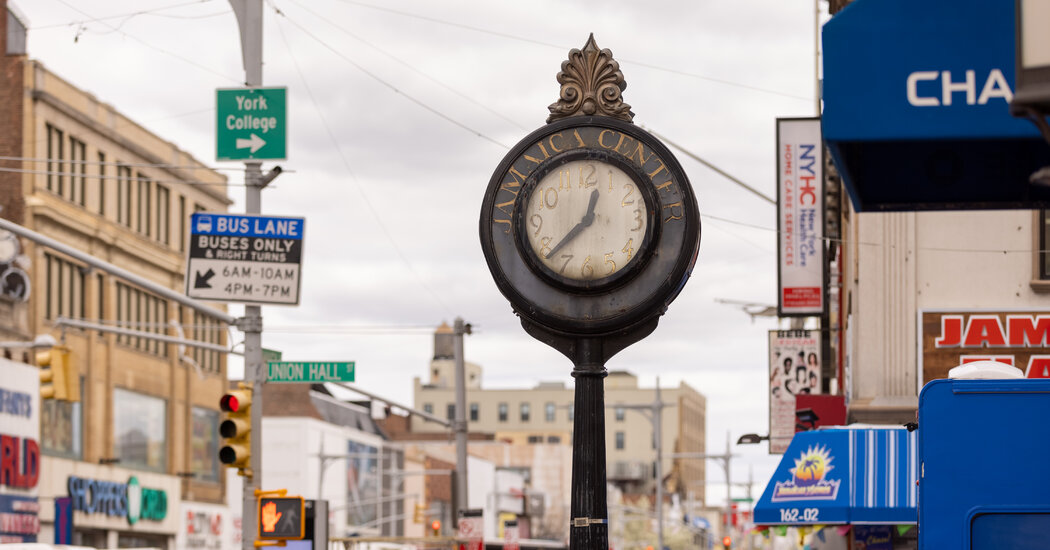 On a busy strip of Jamaica Avenue in Queens, where vendors hawk cellphone cases outside shops selling off-price wigs, tattoo services and fungal-nail care, stands one of downtown Jamaica’s most dignified residents. This street-corner denizen is an ornate cast-iron sidewalk clock, more than a century old, attired with archaic formality like a proud codger who still wears his threadbare suit every day, even as the world passes him by.

The battered old clock hasn’t told time in years, it has endured at least two bouts of unfortunate facial reconstruction and until recently no one had any firm idea of its origins. Even after local leaders managed to find funding to restore the long-suffering timepiece, they were at a loss as to how to proceed because they could find no photos showing its original appearance. And without such documentation, it was hard to explain to the city landmarks commission, which has regulatory authority over the clock, how a historically appropriate restoration could be performed.

Whether you optimistically hope that mortgage rates will decline or are resigned that rates will stay elevated above the historic lows of 2021, you … END_OF_DOCUMENT_TOKEN_TO_BE_REPLACED

A resident of Nikopol, Ukraine, in her backyard last month, with smoke rising from an area on the opposite bank of the Dnipro River. Credit...David … END_OF_DOCUMENT_TOKEN_TO_BE_REPLACED