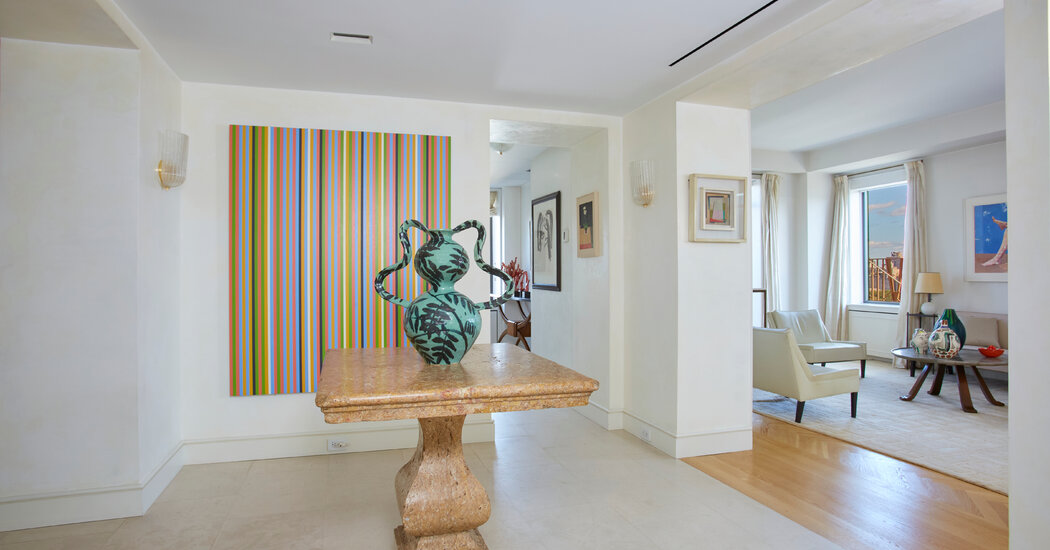 The sprawling Upper West Side apartment where the footwear executive George Malkemus had lived with his husband and business partner, Anthony Yurgaitis, is coming to market for the first time in nearly two decades.

The asking price is $25 million, with $13,781 in monthly maintenance, according to John Burger, a broker with Brown Harris Stevens, which is marketing the property.

The listing comes almost a month after the death of Mr. Malkemus, who, along with Mr. Yurgaitis, ran the high-end shoe brand Manolo Blahnik in the United States for 37 years. Mr. Malkemus also helped the actor Sarah Jessica Parker, who wore countless pairs of “Manolos” on and off the set of “Sex and the City,” start her own footwear line.

Arethusa Farm, the 300-plus-acre dairy farm in Litchfield, Conn., that the couple had purchased in 1999. The business has since grown to include a full line of dairy products sold at its retail shops and restaurants.

Art Deco-style Majestic, 32 stories high, was completed in 1931 just steps from Central Park and converted to a co-op in 1958. Notable residents there have included the actors Milton Berle and Zero Mostel, the fashion designer Marc Jacobs and the comedian Conan O’Brien.

A sign stands outside an upscale home for sale in the Lake Pointe Subdivision of Austin, Texas.Ed Lallo | Bloomberg | Getty ImagesConsumer confidence … END_OF_DOCUMENT_TOKEN_TO_BE_REPLACED

A famous thatch-roof house designed by Earl Young captivated the web and racked up tens of thousands of clicks. Resembling a mushroom, the unusual … END_OF_DOCUMENT_TOKEN_TO_BE_REPLACED