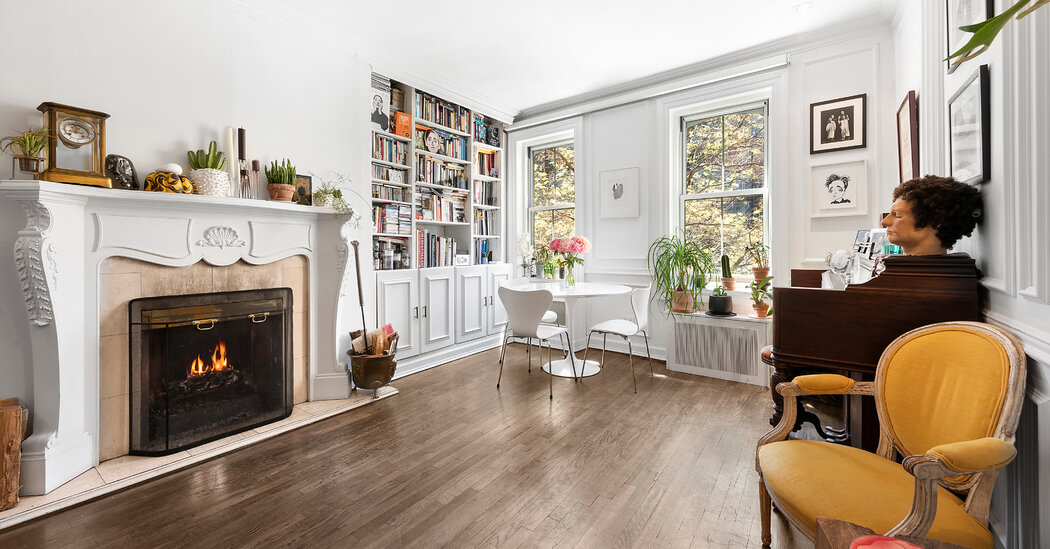 When Anthony Roth Costanzo was starting to make a name for himself as an opera singer, he was also giving his parents advice on Manhattan real estate.

“I was always drawn to New York,” said Mr. Costanzo, who grew up in Durham, N.C., and was performing on Broadway at age 11. “By the time I was 15, I convinced my parents that they should buy an apartment.”

He helped them find an Upper West Side studio, then a loft in the East Village, and eventually they retired to a one-bedroom apartment on the Upper East Side, all starting with a $90,000 investment. “While I was flipping and trading apartments, I was saving every penny I made out of college and grad school so I could buy my own place,” said Mr. Costanzo, who is currently reprising his role at the Metropolitan Opera as an Egyptian pharaoh in Philip Glass’s Akhnaten.

countertenor and impresario who has led performances at opera companies around the world. It was where he entertained, practiced his arias, and even performed. But the flipping bug has resurfaced, he said, and he is ready for something roomier. His co-op is now on the market for $965,000. Monthly maintenance is $1,293 (plus a $147 monthly assessment for capital improvements through the end of next year).

“I just want a place where I could have the whole cast for dinner,” said Mr. Costanzo, who in addition to singing and acting, has added creative producer to his extensive repertoire. He says he also wants enough space, preferably elsewhere downtown, to hold a harpsichord, a gift from his first music teacher.

The co-op apartment encompasses around 650 square feet and offers glimpses of the Hudson River and a portion of the High Line. It features nine-foot ceilings, original moldings and hardwood floors, doors of reclaimed wood, and a working wood-burning fireplace.

An affordable center-chimney Colonial in Glastonbury, CT, is the oldest property to hit the market this week on Realtor.com®.Offered at a steep … END_OF_DOCUMENT_TOKEN_TO_BE_REPLACED

Nissan was one of the early pioneers of the electric car. The Leaf has now sold over 600,000 units worldwide since its launch in 2011 and is still … END_OF_DOCUMENT_TOKEN_TO_BE_REPLACED

RUDNE, Ukraine — Yurii Brukhal, an electrician by trade, didn’t have a very dangerous role when he volunteered for Ukraine’s territorial defense … END_OF_DOCUMENT_TOKEN_TO_BE_REPLACED