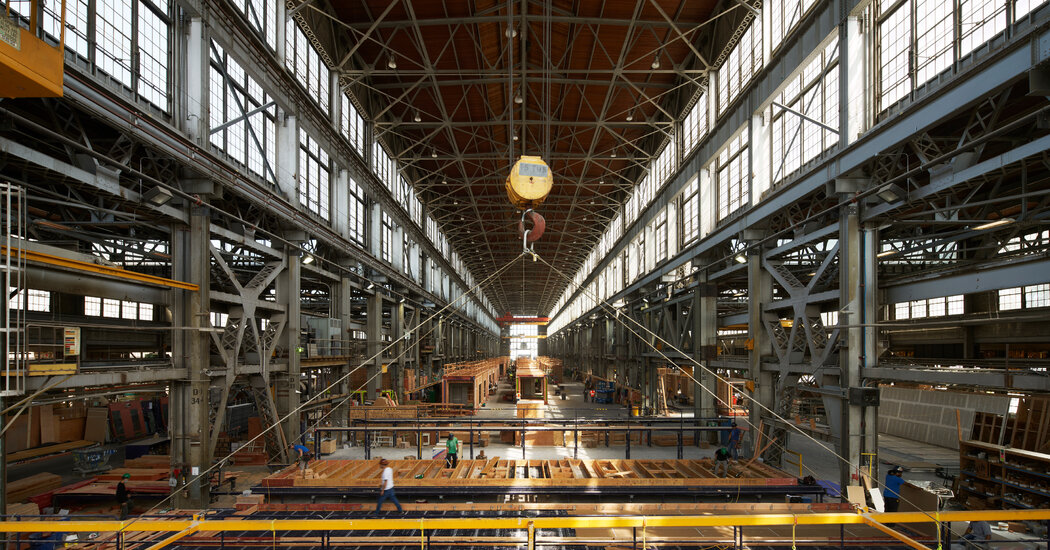 What if housing was built more like cars — on an assembly line in a factory?

Rick Holliday thinks it should be. The longtime Bay Area developer turned a former Naval submarine factory into one that has been doing exactly that. Workers at Factory OS construct apartment building components on Mare Island in Vallejo, Calif., about 40 miles from San Francisco, then transport them on flatbed trucks to their final location. “By the end of the process it goes out the door and it’s a fully formed apartment that you put together like Legos to form a completed building.”

The process can cut the time it takes to build an apartment building in half, to roughly only 11 to 12 months, he said, with multiple parts of construction taking place at once in a controlled environment, which means fewer delays and a more streamlined process in general.

Mr. Holliday, who co-founded the factory with Larry Pace, said doing it this way, versus constructing a building on site, also cuts costs by as much as 30 percent. In the Bay Area, where the price of building a single affordable housing unit is close to $1 million, it can mean the difference between a developer building an apartment or not.

GREENVILLE, N.C.--(BUSINESS WIRE)--Employers aiming to win the war on talent have a new “A” team to tap into: college and professional athletes. … END_OF_DOCUMENT_TOKEN_TO_BE_REPLACED

Mortgage rates are likely to rise in July, extending a seven-month streak. High inflation, and the Federal Reserve's efforts to control it, have … END_OF_DOCUMENT_TOKEN_TO_BE_REPLACED