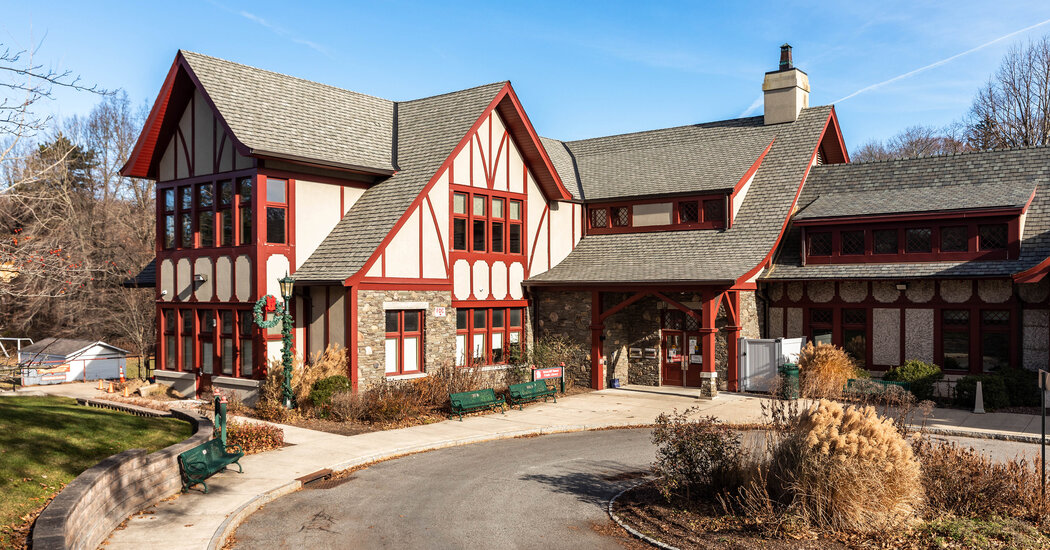 Briarcliff Manor residents use the Scarborough train station on the Hudson line of the Metro-North Railroad to head north or to Grand Central Terminal in Midtown Manhattan, a ride that takes about an hour.

The pandemic has caused systemwide changes in schedules and fares, with only off-peak schedules and fares in effect through the end of 2021. A one-way ticket to Grand Central Terminal bought in advance is $11.25; the cost is $7.25 for seniors and $5.75 for children. A monthly pass is $322.

Annual parking passes at the train station, issued by the village, are $600 for residents or $1,000 for nonresidents.

Originally home to the Sint Sincks, a Native American tribe of the Wappinger Confederacy, the area was known as Whitson’s Corners by its early European settlers. An estate within it was named Brier Cliff by its owner, the Rev. John David Ogilby, the founder of the village’s All Saints Episcopal Church. In the late 1800s, Walter W. Law, a wealthy furniture and carpet executive, established a dairy farm and water-bottling facility there, building a village for his workers that he called Briarcliff Manor; it incorporated in 1902.

Scarborough, a historic district included in the National Register of Historic Places, runs along Route 9, from Sleepy Hollow to Ossining, and is noted for its examples of English Gothic, Greek Revival and Italian Renaissance architecture. All Saints Episcopal Church, a Gothic structure on Scarborough Road dating to the 1850s, is individually noted in the Register.

With its lush green spaces, the village was a favorite vacation spot of wealthy families like the Vanderbilts, the Astors and the Rockefellers. The centerpiece of what is now Sleepy Hollow Country Club, off Route 9, is a late 19th-century estate designed by McKim, Mead & White for the founder of the New York State Bar Association.

Soon, homes near the synagogue were evacuated as city, state and federal officials descended on the scene, the chief said. Mr. Akram was in contact … END_OF_DOCUMENT_TOKEN_TO_BE_REPLACED

A shopper carries a bag outside a Walmart store in San Leandro, California, on Thursday, May 13, 2021.David Paul Morris | Bloomberg | Getty … END_OF_DOCUMENT_TOKEN_TO_BE_REPLACED

The rapper and entrepreneur Sean "Diddy" Combs has recorded a sale of one of his many homes. As we mentioned in our rundown of the impresario’s … END_OF_DOCUMENT_TOKEN_TO_BE_REPLACED