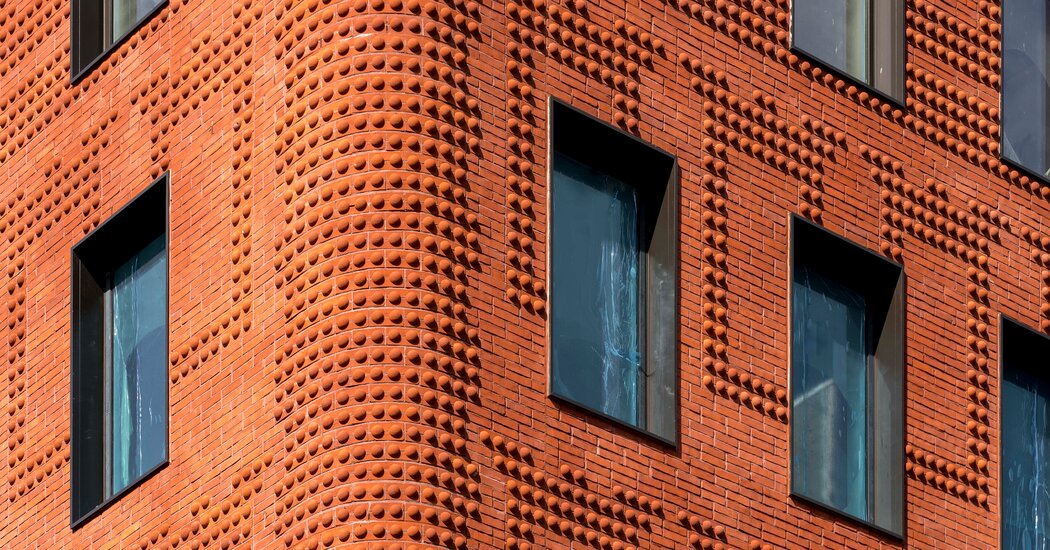 Masonry is having a moment. Perhaps it’s a symptom of glass tower fatigue, perhaps it can be attributed to a desire for a building material that has warmth and texture. Or maybe it’s the hard pull of nostalgia.

Around the city, in TriBeCa, Chelsea, Brooklyn and Queens, on the Lower East Side, the Upper East Side and elsewhere, new developments are sporting brick facades, often with custom-crafted bricks, in some instances with those couture bricks arranged in eye-catching patterns.

It used to be that brick, generally red, was the material of choice for affordable housing, said Howard L. Zimmerman, head of the architecture and engineering firm that bears his name. “Now,” Mr. Zimmerman said, “architects at high-end projects are reinterpreting brick in terms of its style and size and in the design of the facade.

The Grand Mulberry in Little Italy, a seven-story 20-unit condominium at 185 Grand Street, designed by Morris Adjmi Architects and scheduled for completion early next year, is clad in specially-made red-orange bricks. The overlay of hand-molded dome-shaped bricks is arranged in a pattern that could have emerged from a dot-matrix printer.

45 East Seventh Street, which is in a historic district, also has a masonry facade, in this case buff-colored brick, a palette choice that the Landmarks Preservation Commission, noted in its certificate of approval, “harmonizes with masonry materials and finishes of buildings” in the area. There’s a single corbel at the base of the seven-story structure, a double corbel at the top and a pattern resembling a checkerboard at its midsection.

Rowan, a six-floor 46-unit condominium in Queens. Meanwhile, red bricks from the vaunted Danish manufacturer Petersen Tegl (each brick bears the thumb prints of its maker) line the facade at 100 Franklin Street, a 10-unit condo in TriBeCa that was finished last year. Petersen Tegl also furnished the gray bricks for 180 East 88th Street, a 50-story condominium that opened in 2019.

180 East 88th Street and 100 Franklin Street. “But that’s if you use standard-issue bricks,” he continued. “Once installed, the bricks we used were three to four times more expensive than off-the-rack bricks because they were custom-made.”

Park House. For example, the base of the buildings has the style of brick that is likely to be seen on classic townhouses, but look a few floors higher and the brick is glazed.

Many property purchasers in Alaska possess the same vision: Either hunker down away from the madding crowds in a refined log cabin or operate a … END_OF_DOCUMENT_TOKEN_TO_BE_REPLACED