Urban living has its perks, but they come at a cost: It turns out families spend $9,073 more a year to cover basic living expenses in the city than in the suburbs, according to a new analysis from Zillow and Care.com. Those costs include mortgage payments, property taxes and child care.

The urban-suburban disparity varies considerably depending on the metro area. 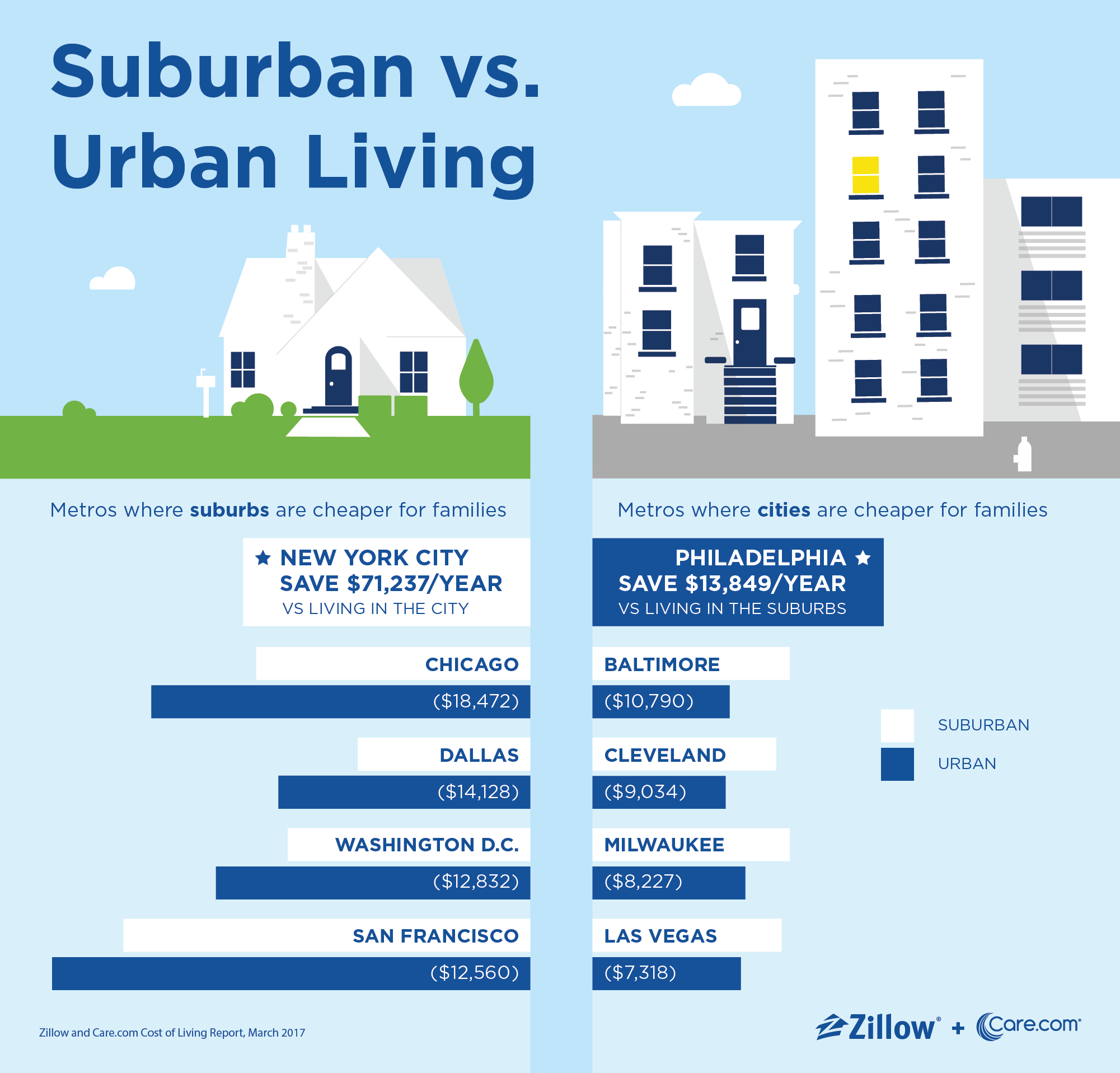 Home costs are a big part of the equation. Nationally, the median property taxes and mortgage payments on an urban home totals more than $22,000 a year, which is $7,000 more than the median homeowners would spend on a suburban home.

Lower child care costs in the suburbs can offset the mortgage and taxes. In Minneapolis, for example, the annual cost of housing is similar between urban and suburban areas, at just under $15,000. But in the suburbs, families with two children can save $4,119 a year on a child care center or $1,759 a year on a nanny.

Most homeowners live in the suburbs, with just 23 percent choosing urban settings, according to the Zillow Group Housing Trends Report. Millennials lean more heavily toward city living (33 percent), but nearly half of them live in the suburbs — where they are making their mark by opening high-end restaurants and other businesses.

MIAMI — In a welcome but likely brief victory for supporters of abortion rights, a judge in Florida blocked a state law banning abortions after 15 … END_OF_DOCUMENT_TOKEN_TO_BE_REPLACED

NEW YORK--(BUSINESS WIRE)--Stake, which provides Cash Back and banking services to renters, announced today the completion of its $12 million Series A … END_OF_DOCUMENT_TOKEN_TO_BE_REPLACED

The Sacramento home where Ronald and Nancy Reagan lived during his tenure as governor of California has hit the market for $5 million.Built in 1929, … END_OF_DOCUMENT_TOKEN_TO_BE_REPLACED