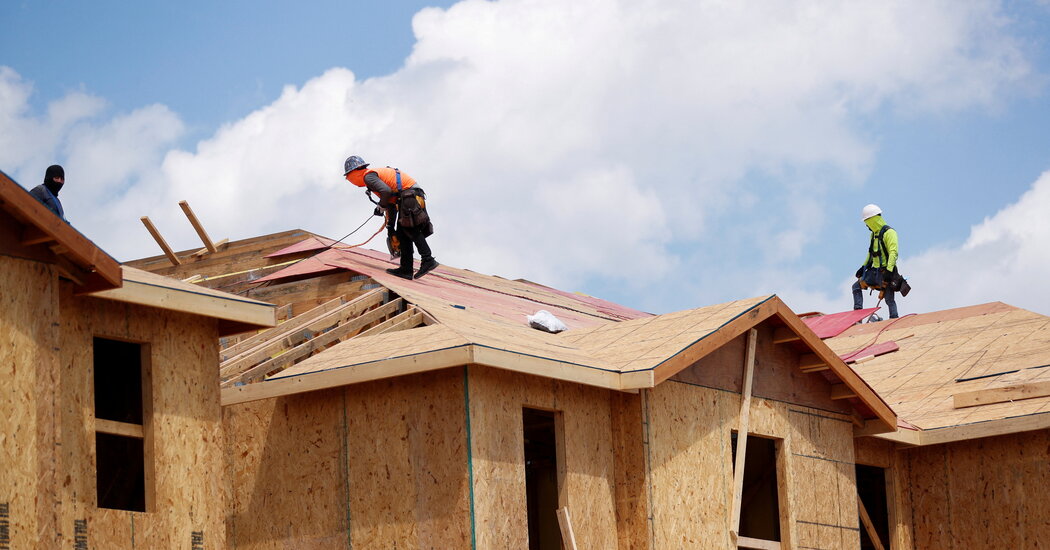 Housing costs, pushed higher by soaring home prices and rising mortgage rates, outpaced rental costs in April, making owning a home more expensive on a monthly basis than renting one, according to a new report.

The report, released this month by John Burns Real Estate Consulting, an industry advisory firm based in California, showed that having a mortgage cost $839 more per month than having a lease — a difference nearly $200 higher than at any time in the past two decades. Just a year ago, the difference between owning and renting was virtually flat, according to the firm’s data.

The imbalance has pushed many would-be home buyers out of the market, said Danielle Nguyen, a senior manager of research at the firm who wrote the report. “Those who are looking to buy a home are steering toward renting because they are being priced out,” she said.

The report was based on data from April 2021 to April 2022. To calculate the cost of renting a home, researchers examined single-family listings and added the cost of renter’s insurance. To determine the cost of owning a home, they set a default purchase price at 80 percent of the median price of homes in an area — typically used as a proxy for a starter home, Ms. Nguyen said — with a 5 percent down payment and a 30-year fixed-rate mortgage. The calculation included principal, interest, taxes and insurance, as well as mortgage insurance and maintenance costs.

As more frustrated buyers retreat from the market, the rent-or-buy conundrum could shift again. “There is a cool down in the housing market, and it is accelerating,” Ms. Nguyen said.

AUSTIN, Texas--(BUSINESS WIRE)--As the first multifamily management company to be recognized in the Public Relations and Marketing Excellence Awards, … END_OF_DOCUMENT_TOKEN_TO_BE_REPLACED

There have been whispers of cooling housing and rental prices in the San Francisco Bay Area, but that hasn't yet translated into practical, noticeable … END_OF_DOCUMENT_TOKEN_TO_BE_REPLACED

Cars pass in Independence Square at twilight in Kyiv, Ukraine, Monday, Oct. 31, 2022. Rolling ... [+] blackouts are increasing across Ukraine as the … END_OF_DOCUMENT_TOKEN_TO_BE_REPLACED