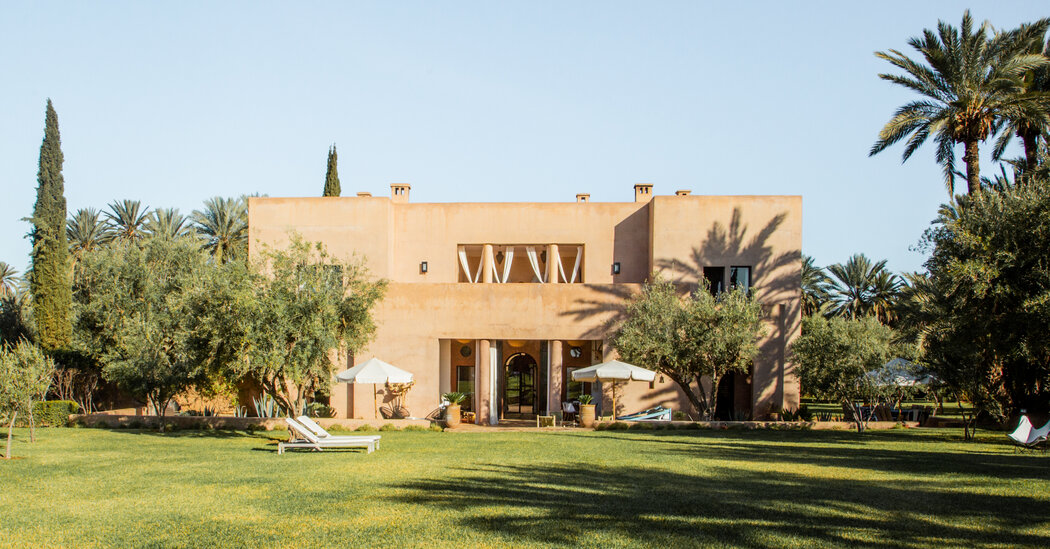 Golf has soared in popularity in the Middle East and North Africa, from Algeria to Qatar. But one country in the region has a sizable head start: Morocco.

The sport has been here since the British exported it in the early years of the 20th century. But it gained momentum in the midcentury, thanks to King Hassan II — ruler from 1961 to 1999 — who was golf-crazy and saw the sport as a tool to help his country enter a market-based economy.

The king built several courses crafted by some of the world’s top designers, and in 1971 created a golf tournament now called Trophée Hassan II, a permanent part of the European Tour.

The country now has more than 40 highly regarded courses, and both their number and popularity are growing fast. It doesn’t hurt that golf is at the center of Morocco’s latest tourism push, and that Prince Moulay Rachid, Hassan II’s son and the younger brother of King Mohammed VI, is an avid golfer. Or that the weather is sunny more than 300 days a year.

Al Maaden Golf Resort, which opened in 2008, a few minutes south of the winding streets of Marrakesh. (Many of the city’s newer courses are clustered south of its center, in an area that’s less traditional.)

These types of homes, more prevalent in recent years, are more squared off, pared down, large-windowed and free-flowing. But outside they often emulate the burnt orange, clay-like surfaces of traditional Moroccan homes — usually a mixture of troweled concrete, lime and earth — and their fluid connections between inside and out. And inside they contain handmade craft and abstract detail, like filigreed screens, bright fabrics and geometric ceramic tiles, whose abstract patterns work well for both traditional and modern settings.

“The craftsmanship you get is very specific,” said David Schneuwly, another French transplant. Mr. Schneuwly founded Villanovo, a company that rents villas around the country, and elsewhere around the world. (About 20 percent of his Moroccan listings go to golf vacationers, he said.) “It shows in the details of the mashrabiya [projecting wood latticework windows] and the subtle variations in color and line.”

This level of craft, said Vincent and Sophie Rambaud, owners of a Villanovo-listed property about 10 minutes from the PalmGolf Marrakech Palmeraie, allowed them to build the type of house they wanted.

That home, built 15 years ago, ended up including a mix of traditional and modern forms and surfaces. It wasn’t easy — they went through several architects and builders — but the one constant was the incredible artisans, each focusing on something specific.

One specialist worked only on tadelakt (subtly textured waterproof surfaces of plaster, lime, water and pigment). “You have to apply it a certain way and it has to be made from a special lime from a certain area of Marrakesh,” Mr. Rambaud said. “You can’t see the colors before it’s finished, and you have to wait three weeks before it’s dry.”

This type of skill and attention to detail continued in every corner of the house: Plaster workers created intricate custom moldings and complex ceilings; an old woodworker created scalloped doors (their shapes first designed by Ms. Rambaud) for every room; a metalworker in Marrakesh’s medina crafted bronze doorknobs (also designed by Ms. Rambaud) for every room. Wood furniture was designed by both Ms. Rambaud and local craftsmen and produced by a variety of local talent; colorful geometric textiles come from Morocco and other parts of Africa.

Not surprisingly, sometimes these ultra-custom creations — which are still affordable because of the preponderance of handcraft in the country — could be unpredictable.

“You just have to be patient and calm,” Mr. Rambaud said. “At the end you get more or less what you want, and sometimes you get something better.”

As is evident from the mix of French and Moroccan design visions that went into the house, artisans are often open to combining aesthetics and even time periods.

A good example of this varied approach is Popham Design, a Marrakesh-based concrete tile company started by an American couple, Caitlin and Samuel Dowe-Sandes. The couple employ 65 people in their studio, most of them local artisans who create the couple’s riffs on ancient zellige mosaics by making brass molds, filling them with colorful concrete, pressing them by hand, and letting them cure for about two weeks.

Mr. Dowe-Sandes explained how the prevalence of hand-crafting pervades every aspect of life. “If you want a wicker laundry basket for your home you will go to the guy who makes it, measure it out and four days later you’ll get it,” he said. “We renovated one house, and there wasn’t a single power tool used. There is a lot of that still. You realize you can still accomplish a lot of things without Home Depot.”

Outside of traditional craft and worldly eclecticism, another major influence on these homes is the same thing that helps the golf courses flourish: the sun-filled North African climate, which shapes homes to embrace outdoor gathering spaces, strategic shading and protection from cold nights.

The Rambauds worked with a team of gardeners to create Mediterranean gardens containing palm, olive and orange trees of varying sizes and groupings. They created patios and semi-enclosed outdoor rooms for copious outdoor time (“We live between inside and outside,” said Mr. Rambaud), and they installed a fireplace in almost every room

Audrey Lebondidier, a French-born landscape architect based in Casablanca, still wonders at a forgiving ecosystem in which almost anything will grow with just a little water. She works with homeowners who want Mediterranean landscapes like the Rambauds’ but also creates homes landscapes in tropical, Asian, European and other styles.

Golf course homes in Marrakesh have the added advantage of looking not just onto courses, but to the area’s lakes and mountains beyond, said Mehdi Amar, deputy director of Barnes International Realty’s Marrakesh office. He said that golf-adjacent properties had been one of his office’s biggest growth areas before the pandemic put international travel on hold. But business, he said, is slowly climbing back.

While homes almost always open to the elements, there are often still some surprises inside. The Rambauds’ home, like many in Morocco, contains its own hammam (a ceremonial bath and steam room), in this case a domed space with natural light peeking in from above.

Moving through the home one meanders from open, light-filled rooms to darker ones with unpredictable openings and varied perspectives. It’s almost like walking through the medina, the walled, ancient part of the city, which is not far away. Like Morocco itself, sometimes it feels familiar, and other times it feels totally foreign.

“We love Morocco and Marrakesh; the people, the life we have the weather, the view,” Mr. Rambaud said. “We feel sort of at home and at the same time absolutely somewhere else.”

Chief Covelli said Mr. Crimo planned the shooting for several weeks, but that the authorities had not yet established what his motive was. “We have no … END_OF_DOCUMENT_TOKEN_TO_BE_REPLACED

Kevin McKenzie and Martine van Hamel were standing in the dining room of their weekend house in Woodstock, N.Y., trying to figure out when they got … END_OF_DOCUMENT_TOKEN_TO_BE_REPLACED