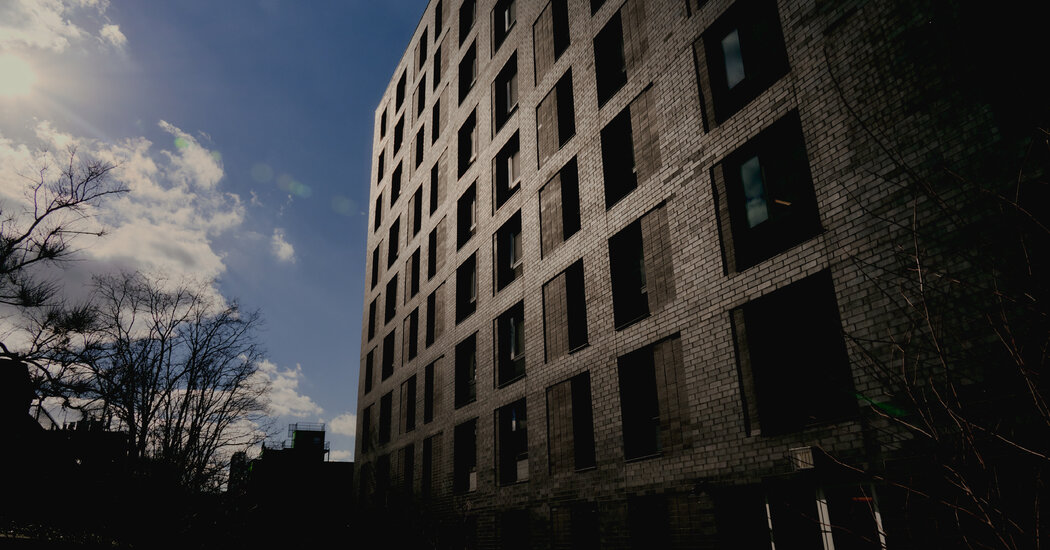 Good news is hard to come by on the housing front. The eviction moratorium has expired. Experts now predict skyrocketing home prices may rise indefinitely. According to a Pew study, more American adults today consider affordable housing a major worry in their communities than crime, drugs or Covid-19.

And no wonder. The lack of affordable housing is inseparable from racial and other disparities in health, education, public safety and economic opportunity. New York, by one estimate, is now the nation’s most segregated state. Not coincidentally, its deficit of nearly 650,000 affordable housing units is surpassed only by California’s.

Then, of course, there was the unfathomable week in January when a fire killed 12 people in an overcrowded Philadelphia rowhouse owned by the beleaguered public housing authority there. Another 17 died a few days later when a space heater ignited at Twin Parks North West, a privately owned, 1970s-era, Section 8 high-rise in the South Bronx.

And New York City’s former mayor, Bill de Blasio, who for years focused his neighborhood rezoning efforts to incentivize the construction of more subsidized housing only on low-income, majority-minority neighborhoods, during his last days in office finally pushed through rezonings in a couple of largely white, wealthier districts. That has opened the door for his successor, Eric Adams, to do more of the same. As Casey Berkovitz of the Century Foundation recently wrote, the groundwork is emerging for a “more equitable future.”

In the wake of the fires, I toured a couple of affordable housing projects that opened a year or two ago in the South Bronx not far from Twin Parks. I had waited to see them. Writing about architecture before buildings are up and running is a guessing game. A couple of years isn’t long in the life of a housing development, but tenants can at least have moved in and be asked how things are going.

the contribution of public land.

Today, the Department of Housing Preservation and Development, which has been seeding some excellent affordable housing projects on city-donated property, has precious few large parcels left in its inventory. What remains are mostly tiny and tricky lots like 1490, which faces onto a subway viaduct and is partly taken up by a rock escarpment.

Fortunately, Bernheimer is a gifted, resourceful architect, familiar with the obstacle course of affordable development, including challenging sites.

From the street — and from passing subway cars on the elevated tracks — the building he and his colleagues at the Brooklyn-based Bernheimer Architecture have designed is striking. Shallow, recessed panels of pale-yellowish bricks create a basket weave pattern across a facade of dark enameled and matte gray bricks. The recesses do the work of costlier ornaments and cast animating shadows. Double-glazed windows shut out the bedlam from the trains.

Lambert Houses, opposite the Bronx Zoo, is something else — a five-block campus of six-story apartment buildings completed, like the scatter-site Twin Parks, during the early ’70s. Phipps Houses, the venerable nonprofit affordable housing provider, built Lambert and still manages it.

Via Verde in the South Bronx. The new tower was paid for with money from the city’s Department of Housing Preservation and Development, the Housing Development Corporation, Bank of America and Phipps.

template for redoing New York City Housing Authority campuses. When the proposed renovation started to come together a few years ago, Susanne Schindler lamented in Urban Omnibus that from an architectural standpoint, losing a “visionary” example of low- and moderate-income housing from the 1960s and ’70s like Davis, Brody’s Lambert, is unfortunate. That’s true. From the street, the angular old buildings are still eye-catching. As Lambert’s new campus evolves, Phipps and Dattner clearly need to up their architectural game, aesthetically speaking.

But there’s no arguing with the practical upgrade or added apartments.

“I love it,” Bonita Dent, 57, one of the tenants in the high-rise, told me. A 20-year veteran of Lambert, she moved into the new building two years ago with her three school-age grandchildren. The doorman and a single, secure front door were big inducements.

“I like the security we have downstairs — it’s different from the old place where you’d see strangers in the hall. I’m not scared to come in and out of my apartment.”

about Twin Parks in 1973, The Times’s former architecture critic, Paul Goldberger, speculated that the project might “turn out to be important in the history of housing design.”

That said, he cautioned, “design, however compassionate, can mean only so much against the obstacles that make up the housing problem today.”

The calculus is the same half a century later. But the South Bronx isn’t. Gradually, it has been remade. Progress isn’t impossible, it’s a process.

“Invariably we will get things wrong,” is how Weinstein put it. “The question is, can we use failure as an opportunity to learn and move ahead?”

AUSTIN, Texas--(BUSINESS WIRE)--As the first multifamily management company to be recognized in the Public Relations and Marketing Excellence Awards, … END_OF_DOCUMENT_TOKEN_TO_BE_REPLACED

There have been whispers of cooling housing and rental prices in the San Francisco Bay Area, but that hasn't yet translated into practical, noticeable … END_OF_DOCUMENT_TOKEN_TO_BE_REPLACED

Cars pass in Independence Square at twilight in Kyiv, Ukraine, Monday, Oct. 31, 2022. Rolling ... [+] blackouts are increasing across Ukraine as the … END_OF_DOCUMENT_TOKEN_TO_BE_REPLACED