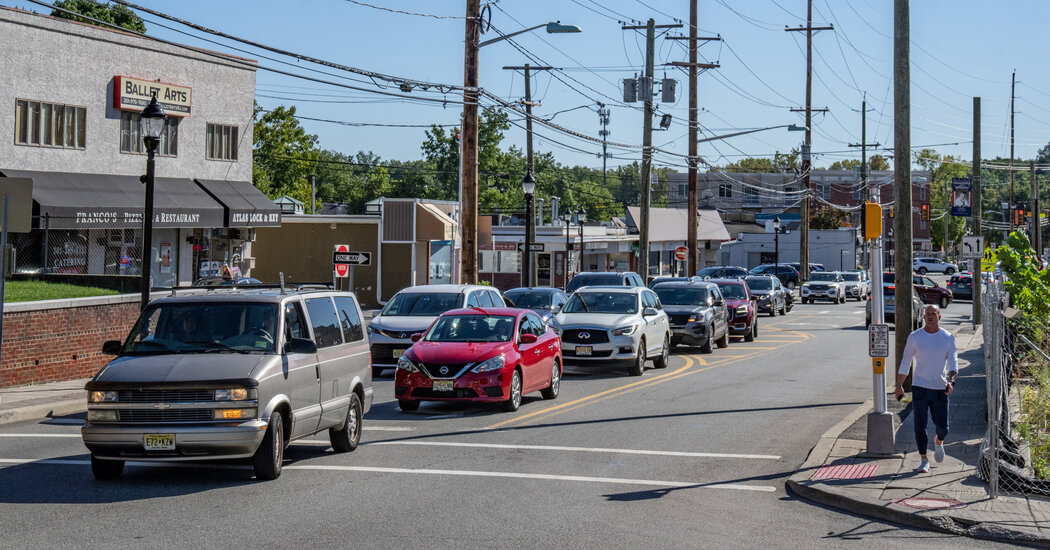 Deborah Sirico, a lifelong borough resident and a sales associate at Coldwell Banker in Hillsdale, N.J., said the ease of public transportation to New York and a shorter commute than in other Pascack Valley communities are selling points for Emerson. As for the tangle of road and rail in the middle of the borough, Ms. Sirico said residents learn to “zig and zag” to avoid the grade crossing, especially at rush hour.

Driving through the borough likely won’t get any easier, as a major development project — a four-story complex called Emerson Station that will include 147 rental apartments and 15,000 square feet of retail space — is in the early stages of construction next to the train station.

With home prices starting in the $400,000s, Emerson is a good option for first-time buyers, said Robert Dzienis, a sales associate with Better Real Estate, who specializes in the Pascack Valley.

“Because the houses tend to be smaller and at a smaller price point, you get more of a blue-collar resident” than in neighboring communities, said Mr. Dzienis, who calls Emerson a “sleeper” town that budget-conscious buyers may not have on their radar. “There aren’t a lot of properties that reach the $700,000 to $800,000 range.”

Emerson’s average property taxes in 2021 were $13,154, about $700 higher than the Bergen County average, but still among the lowest in the Pascack Valley.

AUSTIN, Texas--(BUSINESS WIRE)--As the first multifamily management company to be recognized in the Public Relations and Marketing Excellence Awards, … END_OF_DOCUMENT_TOKEN_TO_BE_REPLACED

There have been whispers of cooling housing and rental prices in the San Francisco Bay Area, but that hasn't yet translated into practical, noticeable … END_OF_DOCUMENT_TOKEN_TO_BE_REPLACED

Cars pass in Independence Square at twilight in Kyiv, Ukraine, Monday, Oct. 31, 2022. Rolling ... [+] blackouts are increasing across Ukraine as the … END_OF_DOCUMENT_TOKEN_TO_BE_REPLACED