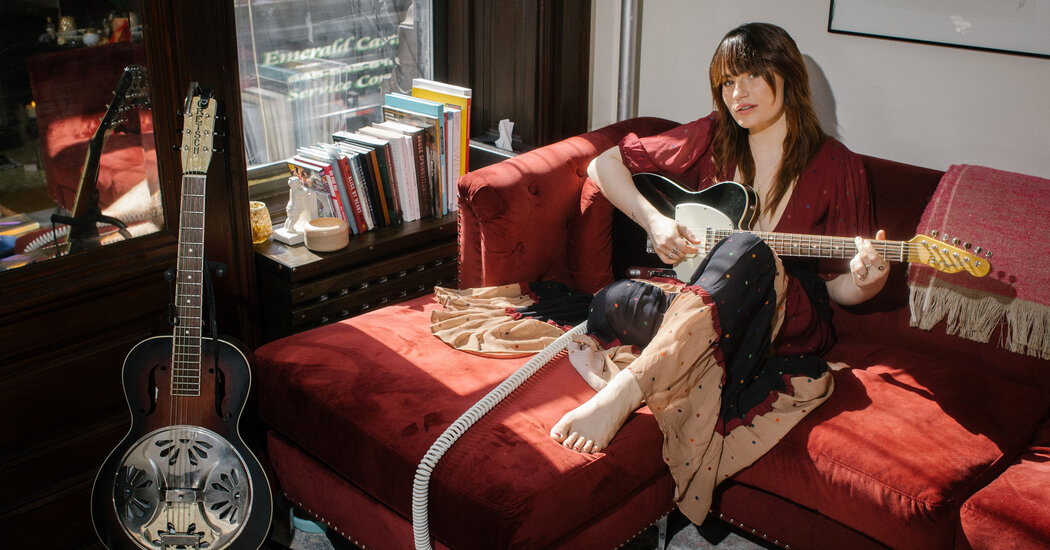 When Kathryn Gallagher was 11, the career demands of her father, the actor Peter Gallagher, forced the family to leave the Upper West Side of Manhattan for Los Angeles. A decade or so later, the demands of her own burgeoning career — specifically, a role in the 2015 Broadway revival of “Spring Awakening” — meant a move back to Manhattan. And she knew precisely where she wanted to land.

“I was like, ‘If I’m going to live in New York, it has to be the Upper West Side, which is home, and which is where the best bagels are to be found,’” said Ms. Gallagher, now 28, a current Tony nominee for her performance in the musical “Jagged Little Pill” and a Season 2 cast member of the Amazon series “Modern Love,” based on the New York Times column. “This is my neighborhood.”

Initially, she rented a studio apartment on the fourth floor of a walk-up building near Central Park West, the fulfillment of every “young-woman-in-the-big-city” dream she ever had. There were tall windows, exposed brick, crown molding and just the right degree of scruffiness. But what with the three or four (or more) daily walks required by her dog, Willie Nelson, the trips up and down the stairs became burdensome.

Side tables are among the smallest pieces of furniture, but they make a big difference in the way a room looks.“They’re like the bags and shoes of … END_OF_DOCUMENT_TOKEN_TO_BE_REPLACED

SAN FRANCISCO--(BUSINESS WIRE)--Snapdocs, a leading digital closing platform for the mortgage industry, announced today that its eClosing offering has … END_OF_DOCUMENT_TOKEN_TO_BE_REPLACED