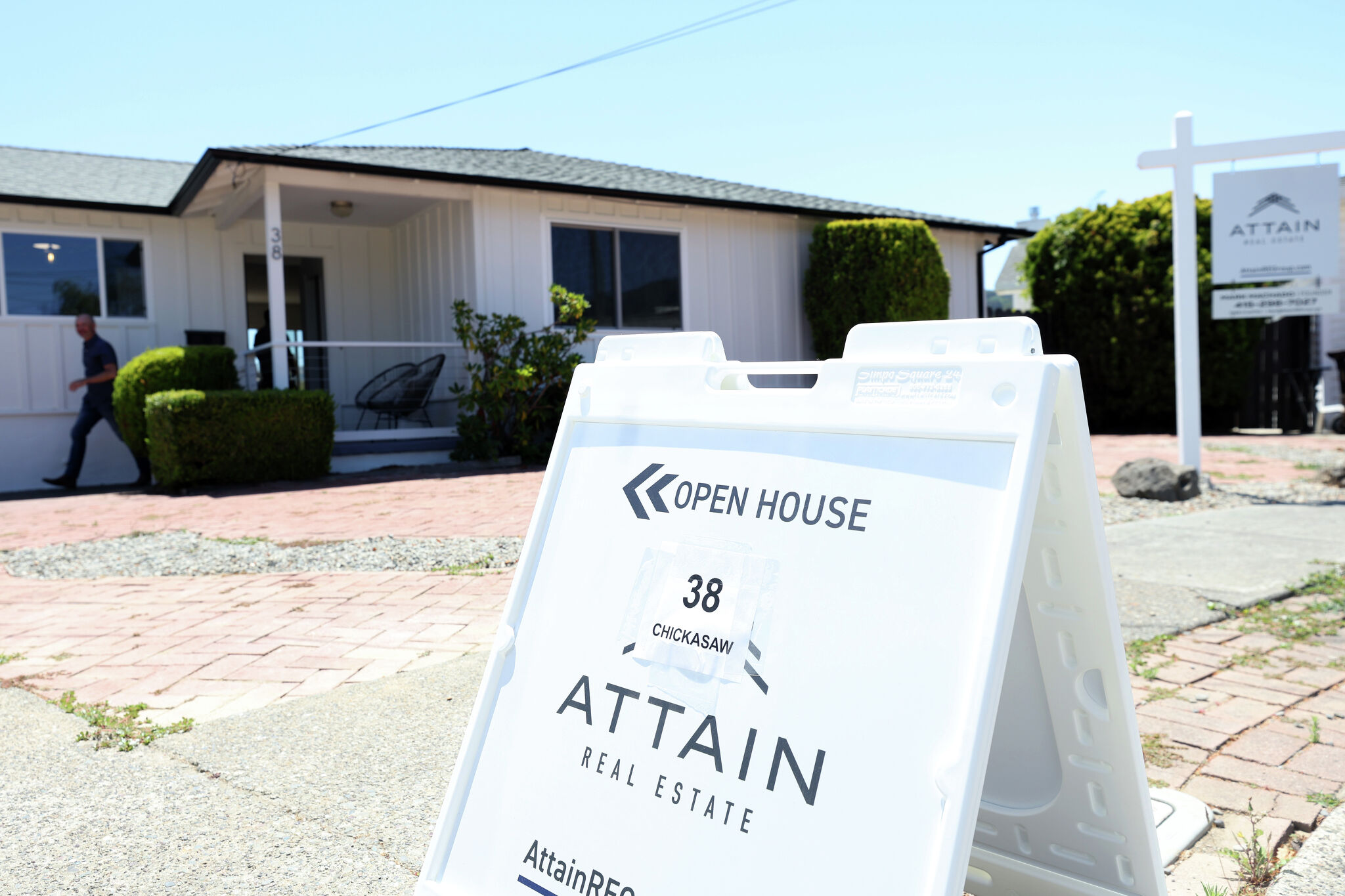 Phil Shell loves the Bay Area and its real estate market. He’s been building his career here as an agent over the past eight years, but even he hasn’t figured out how to buy the home he really wants in the region.

Currently, he’s renting an apartment in South San Francisco. Instead of waiting around until he’s finally saved enough money to purchase a property locally, he just bought a home in Las Vegas. But he’s not moving there.

“I can’t afford a $2 million condo where I’m at in my business [in San Francisco]. This way I have a little summer house, a place where I can go jump in the pool … where I can move my stuff out of my San Francisco storage unit,” Shell said. “I’m excited to spend slow season and weekends there and host friends and family and have some hosting space.”

Shell even got licensed as a real estate agent in Nevada so he can help friends and clients do the same thing he did. He said especially for people working in tech that are now able to work remotely, not only is it a good investment, a way to build equity and a nice place to visit, it can also be a great way to save money because the state lacks an income tax. The idea is that, eventually, buyers can use those funds to buy something closer to home.

This trend has been increasing in the past five years, said Carl Medford, an agent with HomeLight.

“As prices started going up and up in the Bay Area it was becoming increasingly difficult for individuals to buy a home,” Medford said. “We started counseling them that a great strategy would be to start purchasing properties out of state or in a more affordable part of the state instead to at least get into the market so they could begin building equity, and once they had enough equity built in that property, transfer that into [their own] Bay Area property.”

In a recent HomeLight survey, agents estimated that utilizing this tactic of purchasing your “second” home as your first property in the Pacific region “can help to save an estimated $177,000 on the cost of a home.”

For many of Compass real estate agent John Townsend’s clients, buying a secondary home is simply a safer investment right now. Few buyers can guarantee they will be in the Bay Area for five to seven years, the minimum amount of time Townsend said it would take to make money on the property, but they can always hold onto a secondary home as an investment property much longer than that. If they’re living primarily in a rental in San Francisco, if they have a major life change like a new job or a baby, they can always move without the trappings of a mortgage. Meanwhile, they can continue to rent out or Airbnb the second home indefinitely.

Townsend himself has run into this conundrum. He owned a home in the Richmond District of San Francisco for 10 years until recently. His family sold the house and planned to save up and move to Marin County and in the meantime move into a rental in the Presidio.

It turned out not to be so temporary, as the family fell in love with the neighborhood. Now, they’re looking to buy a second home instead, since they want to own real estate and have a place to get away, but don’t see themselves moving out of the Presidio any time soon. They’ve put a few offers in, but the right deal hasn’t come up, Townsend said. They’re still keeping an eye on the market and plan to buy as soon as the place and time is right.

Townsend said he’s seen many clients do the same, keeping their rental in San Francisco while they purchase a home in places like Tahoe or the Sonoma/Napa area. “We’re not talking small price points here either. We’re talking $2 to $3 million, but that still doesn’t get them the house that they want to live in for the rest of their lives in San Francisco,” Townsend said. “They’re using it for their personal enjoyment but they’re very much looking to build equity in general.”

Many of those people use the property as a vacation rental to generate extra income, which subsidizes the mortgage, Townsend said, while they still use the house themselves when they want.

The secondary home market has already come under scrutiny in recent years, with towns within the Lake Tahoe area issuing a moratorium on short-term rentals amid a local housing crisis.

Sometimes those second homes might even be a little farther away. Real estate agent Marcus Grogans recently had a client who wanted to purchase a condo in the Bay Area. He said they saw dozens of condos, but his friend eventually decided he couldn’t buy anything because, for the places he wanted, he’d end up “house poor” — he may be able to afford the mortgage in practice but it would significantly alter his lifestyle.

Grogans knew his client had lived in Houston previously and enjoyed the city, so he encouraged him to purchase there instead. Grogans is helping him find, ideally, a two- to four-unit apartment building, where he’ll live part-time with a roommate while also renting out the other apartments. The idea is that with the roommate’s portion of the rent plus the income from the other units, he’ll generate a return after a year or so, be able to refinance, and then use that equity plus his income to offset his dream condo purchase in San Francisco.

interest rates have more than doubled since his original purchases, he doesn’t want to refinance the properties at the moment to buy his San Francisco home just yet. It doesn’t seem like the right time.

“[The properties] are fully rented and the mortgages are paid, but I still can’t buy in San Francisco in the area I want to live now with interest rates so high. I can’t refinance, so I’m kind of stuck,” Flores said.

He’s going to wait out the market a bit and see what happens. For now, he, his wife and child will continue living in their rent-controlled two-bedroom apartment in Russian Hill.

Medford said he often recommends buying in Austin for buyers who work in tech, but he’s also seen a big increase in people interested in Tennessee and the Carolinas. He said while many people take his advice and buy out-of-state property, some choose to continue to save for a down payment.

“The wealth of a person that actually owns a property is 44 times that of those that rent,” he said. “It’s a vicious cycle. They want to be able to buy a property, and unfortunately, they would try to save up to get a down payment and it’s being eaten up by the ever-increasing rents in the Bay Area as these property values go up.”

“Those that wait end up getting priced out typically,” he said.

AUSTIN, Texas--(BUSINESS WIRE)--As the first multifamily management company to be recognized in the Public Relations and Marketing Excellence Awards, … END_OF_DOCUMENT_TOKEN_TO_BE_REPLACED

There have been whispers of cooling housing and rental prices in the San Francisco Bay Area, but that hasn't yet translated into practical, noticeable … END_OF_DOCUMENT_TOKEN_TO_BE_REPLACED

Cars pass in Independence Square at twilight in Kyiv, Ukraine, Monday, Oct. 31, 2022. Rolling ... [+] blackouts are increasing across Ukraine as the … END_OF_DOCUMENT_TOKEN_TO_BE_REPLACED