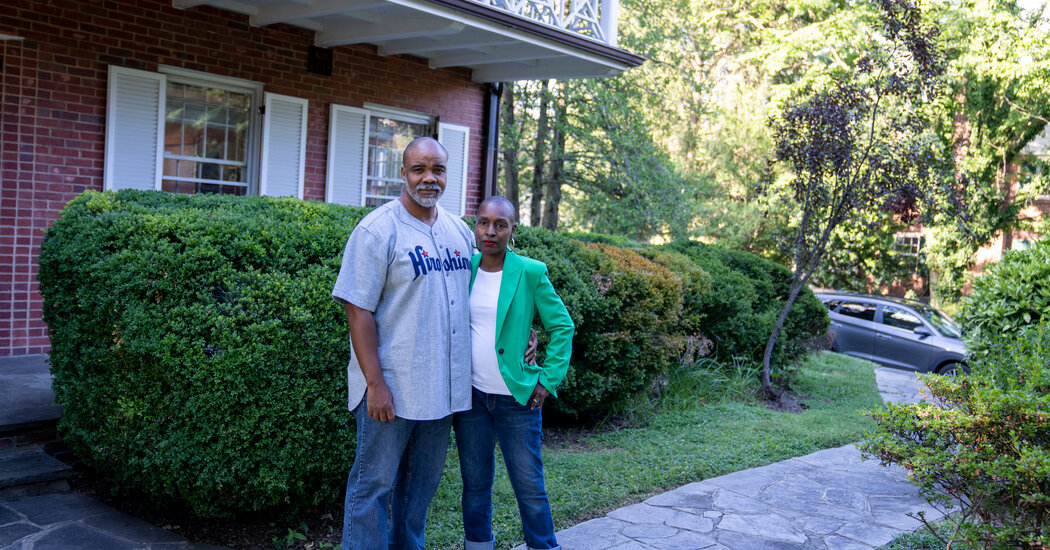 Dr. Connolly and Dr. Mott live in the North Baltimore neighborhood of Homeland, known for its strong public schools and colonial architecture, which has earned it a place on the National Register of Historic Places. A majority of their neighbors are white. According to their complaint, which was filed in Maryland District Court on Monday, the couple applied to refinance their mortgage with loanDepot in May 2021. The lender approved a loan at a rate of 2.25 percent and, according to the complaint, told the couple that their home was likely now worth $550,000 or more.

To conduct the appraisal, loanDepot hired 20/20 Valuations as a subcontractor.

Mr. Lanham conducted the inspection himself on June 14, 2021. According to the complaint, Dr. Connolly, Dr. Mott and their three children were home during the visit, and their house was also filled with family photos, children’s drawings of figures with dark skin, a poster for the film “Black Panther” and literature by Black authors (Dr. Mott lectures on literature and Africana studies).

“It would have been obvious to anyone visiting that the home belonged to a Black family,” the complaint reads. The appraisal came back just $22,000 more than they had paid, and loanDepot based its rejection of the couple’s application on the low number.

The couple criticized the way Mr. Lanham came up with his appraisal. Home appraisers frequently rely upon the sales comparison approach, in which they weigh real estate against the sale prices of similar nearby homes to determine value.

The first home used, the complaint argues, would be considered a “fixer-upper,” which the home of Dr. Connolly and Dr. Mott is not.

MIAMI — The morning after Hurricane Ian slammed into Florida, Gov. Ron DeSantis shared the podium at his news briefing with two people: his emergency … END_OF_DOCUMENT_TOKEN_TO_BE_REPLACED

SHERMAN OAKS, Calif.--(BUSINESS WIRE)--When it comes to choosing a property management company, the size of a company often becomes a sticking point … END_OF_DOCUMENT_TOKEN_TO_BE_REPLACED