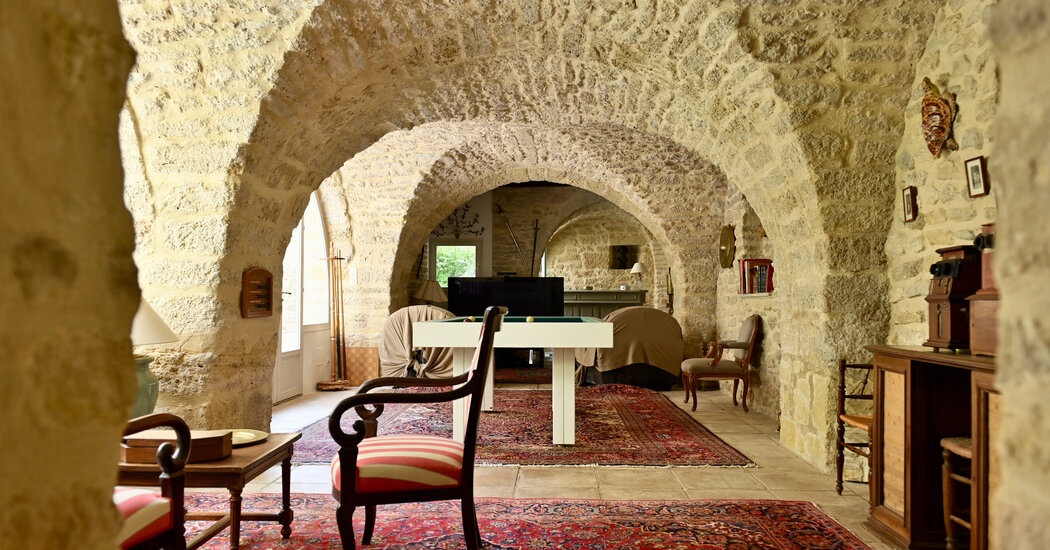 A 13-Bedroom Estate Near the Medieval Town of Uzès

This 13-bedroom home, with a tower erected in the 11th century as a defense station for the Knights Templar military order, is nestled among olive groves and oak truffle trees just outside the medieval town of Uzès, in southern France.

The 5,920-square-foot stone house is anchored by an inner courtyard and surrounded by nearly 47 acres of landscaped gardens, meadows and trees, along with a caretaker’s cottage, a heated swimming pool, a pool house, four enclosed garages and other outbuildings.

Through the years, the house has been used as a convent, an American school and a private home, said Patrick Poncet, CEO and co-founder of Poncet & Poncet Christie’s International Real Estate, which has the listing. Its most recent renovations came in the 1980s, including underfloor heating on the ground level; parts of the house are in need of further restoration.

On April 3, as a new wave of Covid-19 infections battered France, the nation shut down for a third time. Travel was prohibited among regions, with an exception for buyers of primary residences. “This allows us to work almost normally,” Mr. Poncet said.

Second homes, however, make up a significant part of the real estate portfolio in southern France, particularly in Provence-Alpes-Côte d’Azur and Occitanie, where Montpellier and Uzès are the most sought-after locations.

“The climate is mild, the cities and villages offer a very rich architectural heritage, culture in all its forms is omnipresent,” Mr. Poncet said, including a theater festival in Avignon, dance in Montpellier, beaches and nightlife in St. Tropez, and the Cannes Film Festival.

Tim Swannie, director of Home Hunts, which specializes in luxury properties in France, Monaco and Switzerland, said his company’s sales fell by about 20 percent in 2020 after a robust 2019, though interest remained strong. “The south of France generally is not a boom-and-bust property market,” he said. “Most owners see a gradual increase in their property value over time.”

MIAMI--(BUSINESS WIRE)--Intelli Smart Homes, the leading smart home technology company, has been recognized as one of America’s fastest-growing … END_OF_DOCUMENT_TOKEN_TO_BE_REPLACED

Customers outside a Walmart store in Torrance, California, US, on Sunday, May 15, 2022. Walmart Inc. is scheduled to release earnings figures on May … END_OF_DOCUMENT_TOKEN_TO_BE_REPLACED

The past few years have been brutal on homebuyers' budgets. Would-be buyers have been priced out of some of the most desirable neighborhoods thanks to … END_OF_DOCUMENT_TOKEN_TO_BE_REPLACED