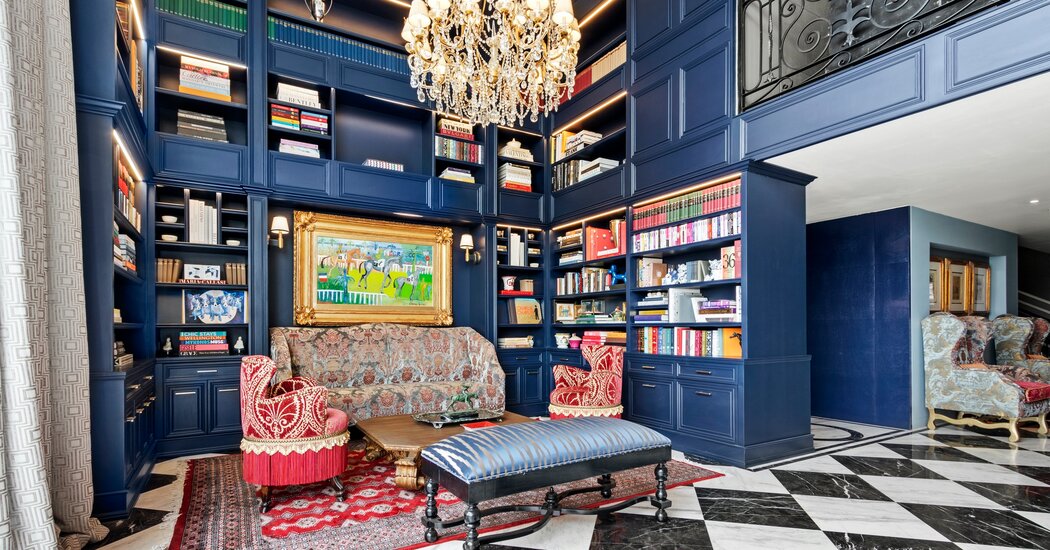 Mirroring a familiar pandemic migration, many Mexico City residents are selling their homes or apartments and moving to outlying areas with more space and greenery, said Hector Romero, partner at the Peters & Romero Bienes Raices agency in Mexico City. “The effect is that there’s more supply, with many people who are just trying to get rid of property,” he said. The increased inventory also has suppressed prices, which “have not gone up much in recent years.”

Meanwhile, economic anxiety has impeded investment, according to Andrés Vizcaíno of KW Pedregal Keller Williams, in Mexico City. Since the 2018 election of the leftist President Andres Manuel López Obrador, Mexico’s economy has continued to contract. Investors “are selling properties in Mexico City to reinvest in other countries,” Mr. Vizcaíno said.

Ms. de la Torre de Skipsey agreed: “Mexicans are buying in Madrid, Miami and New York, but not Mexico. They’re afraid to invest here, so we have a lot of inventory.”

The high-end market has been hit especially hard, said Sergio Gómez Rábago, an architect who leads the Education Center of Realty Business Operations for Asociacion Mexicana de Profesionales Immobiliarios, a national organization of realtors. But a recovery may be forthcoming. “The market will realize we’re already in the second half of this government’s term, and they’ll take advantage of reduced prices of luxury homes,” he said. “By 2023-24, prices will end up going where they should be.”

Mexico does not have a centralized database for real estate transactions. According to a report from the Sociedad Hipotecaria Federal, a government financial agency, the average price for a home in Mexico during the third quarter of 2021 was 1.364 million Mexican pesos ($65,900). In the state of Mexico City, which includes the capital, the average was 1.302 million pesos ($62,920).

Prices vary widely among neighborhoods in sprawling Mexico City, which has nearly 10 million residents. Overall it remains the most expensive market in Mexico, according to Ramon Davila, CEO of real-estate sales and marketing firm Inmobilux, with average prices at about 4.2 million pesos ($202,000) — “about $85,000 above the national average,” he estimated.

AUSTIN, Texas--(BUSINESS WIRE)--As the first multifamily management company to be recognized in the Public Relations and Marketing Excellence Awards, … END_OF_DOCUMENT_TOKEN_TO_BE_REPLACED

There have been whispers of cooling housing and rental prices in the San Francisco Bay Area, but that hasn't yet translated into practical, noticeable … END_OF_DOCUMENT_TOKEN_TO_BE_REPLACED

Cars pass in Independence Square at twilight in Kyiv, Ukraine, Monday, Oct. 31, 2022. Rolling ... [+] blackouts are increasing across Ukraine as the … END_OF_DOCUMENT_TOKEN_TO_BE_REPLACED