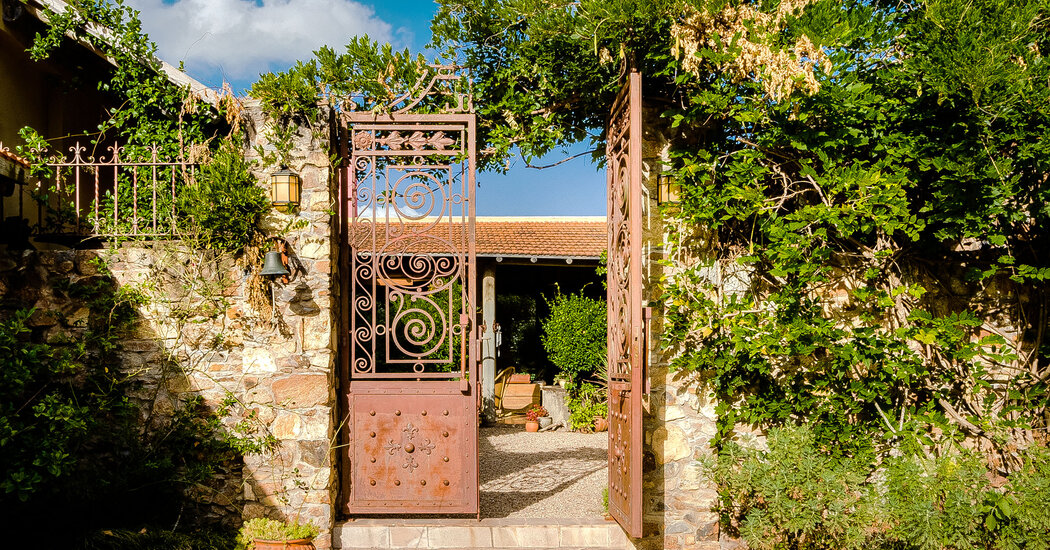 A Five-Bedroom House With History Near Uruguay’s Coast

Built as a general store in the late 19th century, this five-bedroom home sits at the boundary of Pueblo Eden, a rural village in the Maldonado Department of southern Uruguay, about 25 miles from the popular resort city of Punta del Este.

The 6,800-square-foot house was purchased by its current owners, Margarita Arsenault, an expatriate Canadian, and her husband, Michael Arsenault, in 2009, and restored over several years. “It was a ruin,” Ms. Arsenault said. The couple renewed the structure’s original stone walls and added doors and flooring they purchased on trips to Brazil and around Uruguay.

“They maintained its historic character by using materials salvaged from old estancias,” or estates, said Bettina Waldraff of Team Haverkate at Engel & Volkers, one of several agencies listing the property. “Their mission was to restore the building to its former glory.”

Reporte Inmobiliaro, a Buenos Aires-based site that covers real estate in Uruguay, speaking in Spanish. “Things went from bad to worse in 2020 because of the pandemic.”

Enrique Argüello, managing director of the Curiocity Villas brokerage in Punta del Este, which specializes in luxury properties, said that “border closings have led to a 90 percent decline in sales volume this year in Punta del Este and the region. A lot of foreign clients are waiting for travel to happen so they can buy.”

Meanwhile, changes in immigration policy are helping to stoke pent-up demand. Last July, in an effort to attract investors, the Uruguayan government lowered the real estate investment threshold for obtaining Uruguayan tax residency from about $1.7 million to about $400,000. The minimum stay to retain residency was shortened from six months to 60 days.

The coastal Maldonado region is “the area most searched by foreign people” seeking property in Uruguay, said Mr. Wright. “And they don’t want apartments.”

Ms. Waldraff, the listing agent on this property, said that her firm is “seeing increases in daily inquiries from foreign buyers that we’ve never seen in the 10 years we’ve been here. Uruguay is perceived as safe. We have a good health system. The government looks out for its people. There’s a secure banking system.”

“Anyone from outside Uruguay can buy a property, and the process is crystal clear,” Mr. Carrau said, noting that the government has long lured foreign investors with policies that simplify purchases. “Uruguayans and foreign buyers have the same rights. All you need is a valid passport.”

Most foreign buyers pay cash rather than obtain financing, he said. Funds can come directly from a U.S. bank account, “though normally foreign investors open a local bank account, which can be in any currency.”

In the grand sweep of world history, the U.S. is a young country. Even so, there are plenty of homes built prior to the American Revolution that still … END_OF_DOCUMENT_TOKEN_TO_BE_REPLACED

DONETSK REGION, Ukraine — Between the cracks of mortar fire and the metallic bangs of Russian self-detonating mines, Yurii, a Ukrainian Army medic, … END_OF_DOCUMENT_TOKEN_TO_BE_REPLACED