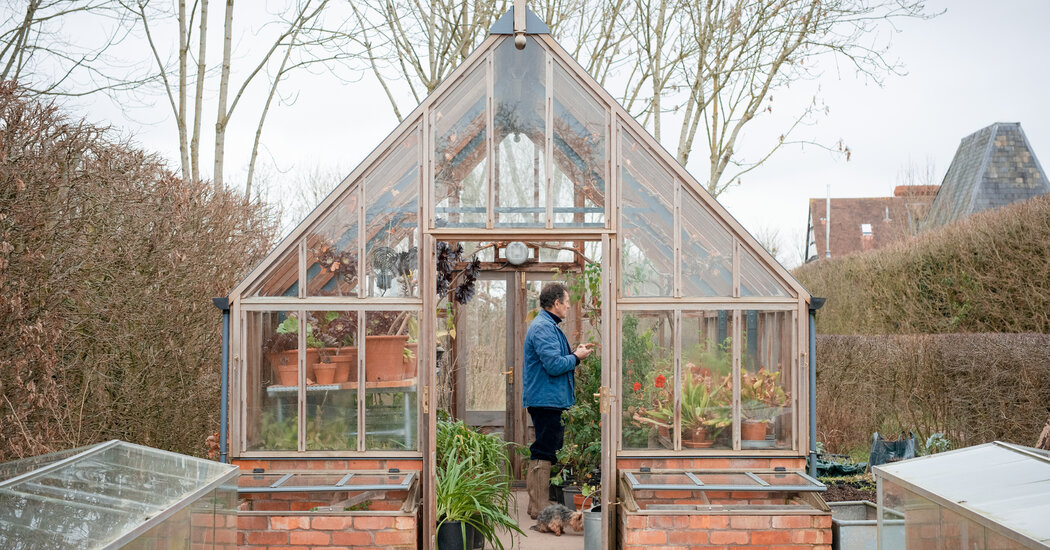 “I found the mixture of creativity and just sheer physical work completely satisfying,” Mr. Don said. “I remember making cuff links for David Bowie. It was as though the previous life was, not the wrong turn because it was fun, but it was a side event. And that what I was doing was getting back to my roots. I was doing what I was meant to be doing.”

He began to write columns on gardening for newspapers, appear on TV and publish books, many of them centered on life at Longmeadow. As a passionate but amateur gardener, Mr. Don connected with those who shared his interest but were intimidated by what can be a fixation on expertise.

On “Gardeners’ World,” Mr. Don emphasizes function, utility and sustainability. You don’t need to buy $200 pruning shears or memorize pH levels, he shows us. It’s about celebrating the harmony, well-being and richness of life to be found in gardens.

To Everything There Is a Season

Last August, Ms. Yeske and her husband left New York and moved to West Los Angeles, where they bought a house with a large yard. She plans to grow a garden of vegetables and flowers for the first time in her life.

“This spring I’m starting things from seed and planning to have a couple of raised beds,” she said. “All of which I probably wouldn’t have done if I didn’t watch ‘Gardeners’ World.”

Ms. Ramos also left her apartment behind during the pandemic. She and her husband moved to a suburb of Bethesda, and bought a house whose previous owner, a chef, had gardened in the backyard and even built a drip-irrigation system. Having outdoor space to garden was suddenly high on her list of priorities, Ms. Ramos said. Watching the casual, sometimes fumbling way that Mr. Don gardens had given her the confidence to try.

“Gardeners’ World” usually begins each season with half-hour episodes, before expanding to one-hour broadcasts later on. But because of last year’s success, the network ordered one-hour broadcasts from the start. Audience anticipation is high. The pandemic is still with us, lockdowns have not yet lifted — and the garden beckons.

“You plant a seed and the next spring it will grow. And next summer it will flower. And maybe next autumn it will bear fruit,” Mr. Don said. “That continuation of life is very powerful.”

You were seeing double this week: A spectacular $54 million compound featuring two equally luxurious mansions separated by a private lake in Southwest … END_OF_DOCUMENT_TOKEN_TO_BE_REPLACED