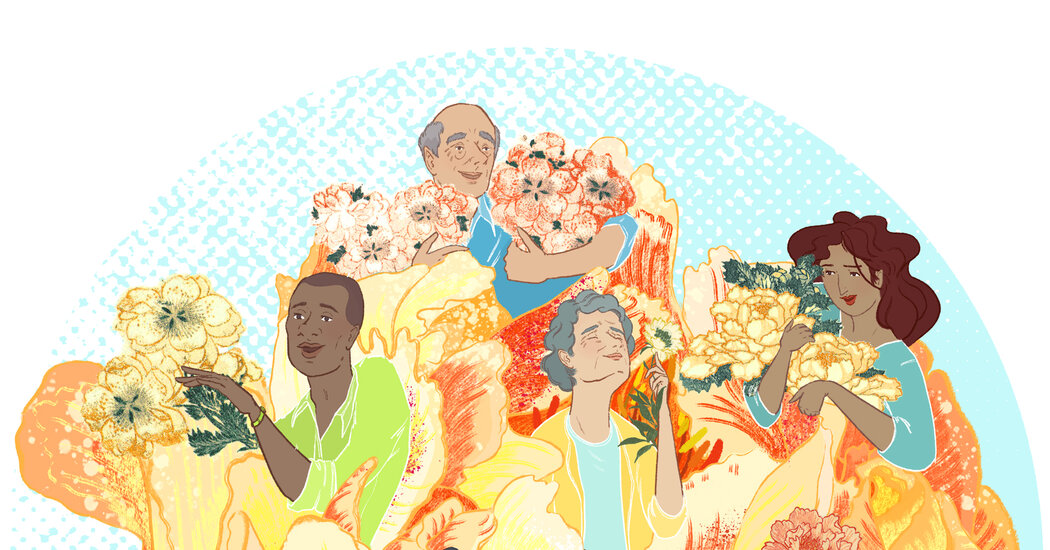 Two decades ago, just before my husband’s favorite cousins Mal and Marge moved from the Westport, Conn. house where Mal had raised state-of-the-art rhododendrons, we were invited over to dig some up, in whatever size and quantity suited us.

At the time, I had barely wrapped up my freshman season as a weekend gardener, and thus was, let me just say, pretty green. I was also concerned about appearing greedy. So rather than choose the large robust bushes that Mal generously and wisely urged on me, I airily went with half a dozen tender specimens, all about the same age as our toddler children. They’ll all mature together went my thinking.

Transplanted to a slice of land just off the driveway, the rhododendrons have flourished only intermittently despite my diligent ministering (for the record, my now grown offspring are doing just fine). But I don’t mind. Well, I don’t much mind. Whenever I walk past them, I think of the late Mal and smile. Every serving of the soil nutrient Miracid that I dish up is a small tribute to him.

Part of the attraction when I began gardening was the scope for solitude; it was a mindless escape from husband, children and work. Wheelbarrow outfitted with trowel, loppers, rake and tiller, I’d head up a path perpendicular to the stone wall to yank up the rocks and roots that were getting in the way of my ambitious if vague beautification plans.

Editor’s Note: This story is part of As Equals, CNN’s ongoing series on gender inequality. For information about how the series is funded and more, … END_OF_DOCUMENT_TOKEN_TO_BE_REPLACED

IdentityForce, a service from the credit bureau TransUnion, monitors your personally identifiable information (PII) so you don’t have to do it … END_OF_DOCUMENT_TOKEN_TO_BE_REPLACED