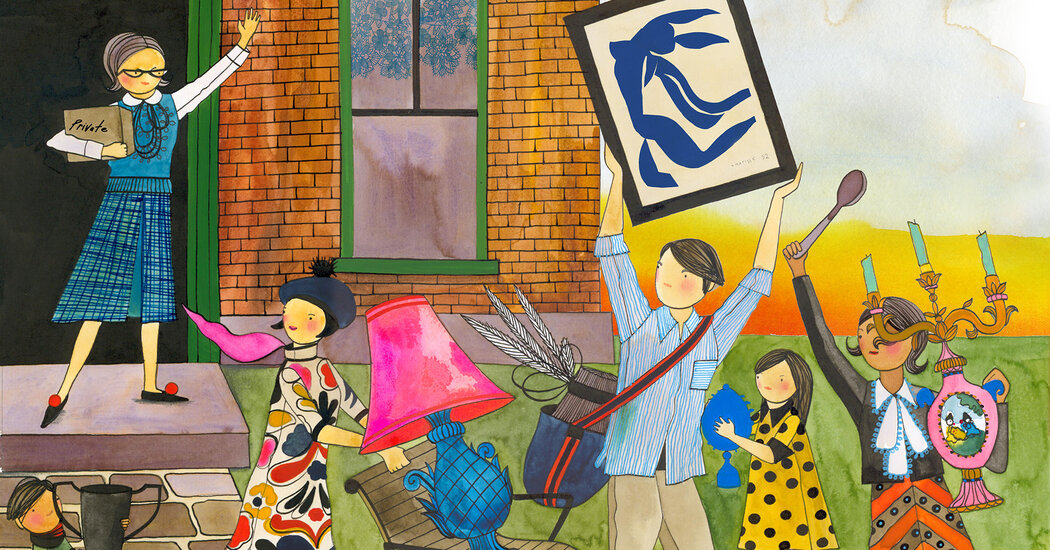 The pandemic was certainly a catalyst for Ellen Nenner, who is 85 and goes by Ricki. After spending the past two years alone in her five-bedroom house in Jamaica Estates, Queens, she decided to pack up, sell the house — where she’d lived for 50 years — and move to an apartment on the Upper West Side. “It occurred to me quite soon through the pandemic that I was really inhabiting a house, that I was not living a life,” she said. “If I go out to take a walk, it’s a nice neighborhood but there’s nothing of interest here.”

The house is in contract with a buyer, so she has until April to pare down. She’s been sorting through photographs and silver with her daughter, Lisa Nenner Eliseo. The process, she said, evokes memories of her husband and her younger daughter, who have both died. “Going through the house has brought us even closer,” Ms. Nenner said of her relationship with her surviving daughter. “We laugh a lot. Sometimes, we cry a lot.”

The process has been overwhelming at times, she said. But as she’s moved along, she’s gotten faster. One item was a gorgeous silver platter, a gift from her mother, that she used at a time in her life when she hosted dinner parties. But those days are long gone. “As beautiful as it is, I don’t need it, I have no place for it,” she said. “I can get along without it.” And so, she will auction the platter, along with the crystal and Royal Copenhagen dinnerware that her mother gave her. (Her 75 cookbooks, however, will go to a charity.)

Should you look through every photograph? Every letter? The professionals often advise clients to take their time and be deliberate, even if it’s exhausting.

“At the beginning you’re really gung-ho,” said Shelley Anbouba, the owner of NEAT Method Dallas-Highland Park, in Texas. “As you get toward the end, your enthusiasm level changes and your perspective changes, and that’s when you say, ‘OK, I’m done, forget it. I’m just going to get rid of all this.” But Ms. Anbouba encourages people to pause in those moments and avoid making rash decisions.

Lisa Paterson has spent much of the pandemic helping her 93-year-old mother reorganize her Upper West Side apartment. At first, her mother was resistant to the idea, showing no interest in combing through her books, jewelry and photographs. But Ms. Paterson persisted, seeing it as a way to help her mother be more comfortable in the apartment where she has lived since 1972. “I wanted my mom to live in dignity during this stage of her life,” she said.

The process has given Ms. Paterson, 61, opportunities to make peace with her childhood and life. Her father died when she was 11, her brother died at age 27, and her husband was killed in the attack on the World Trade Center in 2001. Going through photographs and old letters with her mother has been cathartic. “It’s a nice thing to do with her and prepare yourself for the end of someone’s life,” she said. “This process has made me feel like I don’t have any questions unanswered.”

Among all the stuff, Ms. Paterson found photographs of her parents that had been tucked away for decades. She framed one and displayed it on her mother’s mantel. “I wanted to honor all of her memories,” she said.

It’s a property that offers a unique open floor plan—plus a hot tub with a view.“It was a Methodist church located in a historic little area of St. … END_OF_DOCUMENT_TOKEN_TO_BE_REPLACED