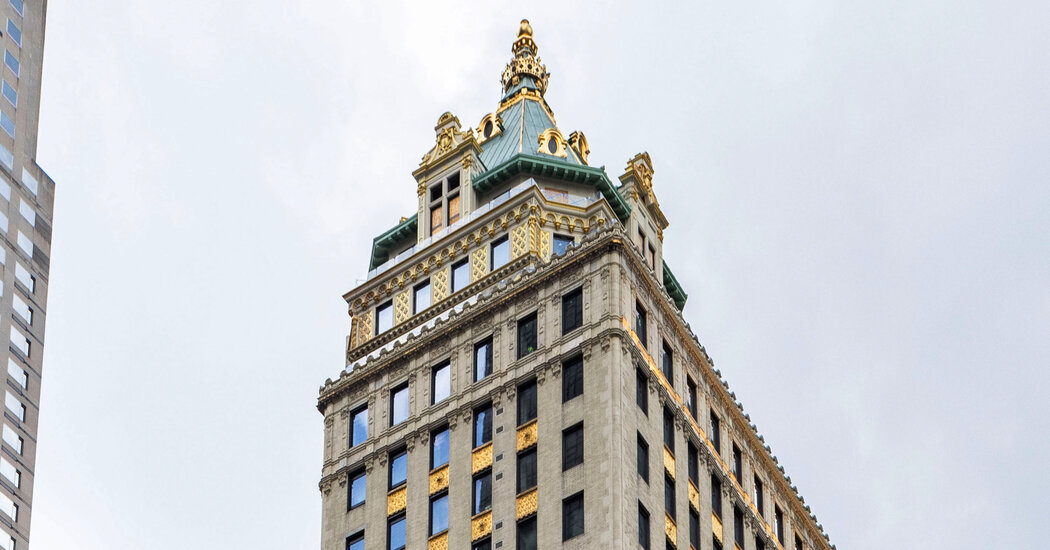 Now for August’s biggest closed sales. The apartment that sold for $53.4 million at Aman New York Residences in the Crown Building takes up the entire 21st floor and was marketed as the Vana Penthouse. The unit, measuring 6,253 square feet, has four bedrooms, five full bathrooms and a powder room. The anonymous buyer used the limited liability company LMCJY.

The sale was among several recent purchases in the century-old building, on Fifth Avenue and West 57th Street in Midtown. Since the start of the summer, there have been half a dozen closings in the building, including a penthouse on the 20th floor that sold for nearly $76 million in July.

The $43.9 million purchase at Central Park Tower on West 57th Street was a 7,074-square-foot apartment with five bedrooms, five and a half bathrooms and gorgeous park views. The buyer was Jie Chen of Singapore. She plans to use the place as a pied-à-terre.

In end-of-the-month closed deals, Aerin Lauder, a granddaughter of Estée Lauder who has her own beauty, home and luxury lifestyle label, sold her home at 660 Park Avenue. She threw in a ground-floor commercial unit, too. The total sale price was $19.5 million. The full-floor co-op has four bedrooms, each with an en suite bathroom, and a powder room, library and spacious central gallery. The primary bedroom suite features an enormous dressing room, which could easily be turned into yet another bedroom. The buyers were Philip Berlinski, the global treasurer of Goldman Sachs and chief executive of Goldman Sachs Bank USA, and his wife, Britta W. Jacobson, a lawyer.

Jonathan and Kim Kushner bought a very large — as in eight-bedrooms and seven-bathrooms large — duplex at the co-op building at 33 East 70th Street, near Madison Avenue. They paid the $12 million asking price. The seller was Kim Saperstein, who bought the apartment with her former boyfriend, the financier Andrew D. Frankel, 11 years ago. Mr. Kushner, a cousin of Jared Kushner, is the president of the Kushner Real Estate Group; Ms. Kushner is a cookbook author.

Cassandra Grey, the founder of the beauty products company Violet Grey, paid nearly $10.8 million for an apartment with three bedrooms and three and a half bathrooms at 108 Leonard Street in TriBeCa.

MIAMI — The morning after Hurricane Ian slammed into Florida, Gov. Ron DeSantis shared the podium at his news briefing with two people: his emergency … END_OF_DOCUMENT_TOKEN_TO_BE_REPLACED

SHERMAN OAKS, Calif.--(BUSINESS WIRE)--When it comes to choosing a property management company, the size of a company often becomes a sticking point … END_OF_DOCUMENT_TOKEN_TO_BE_REPLACED