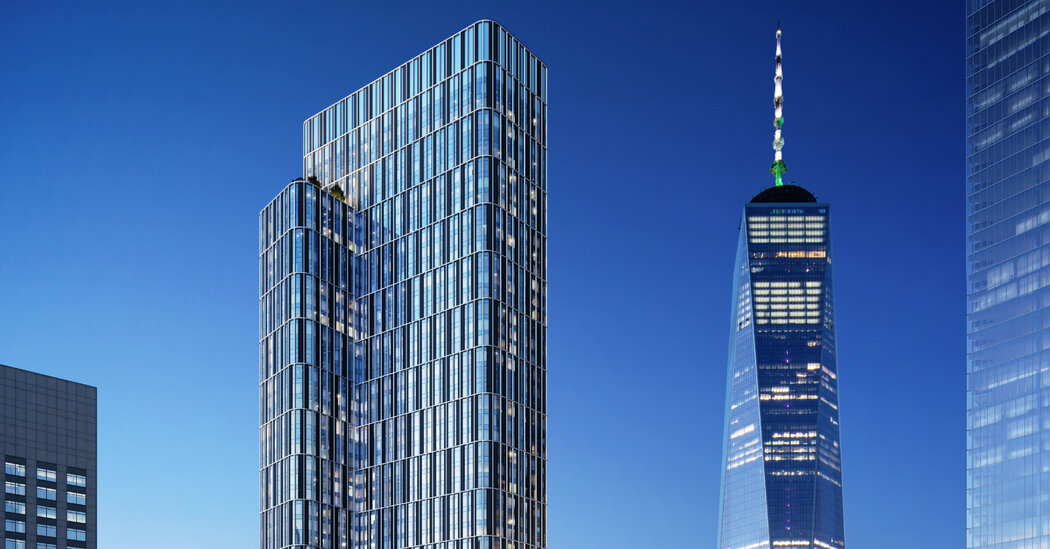 One option could be Project-Based Section 8, a renewable federal subsidy typically for those making less than 50 percent of the area median income, although that would likely apply only to some tenants. Another approach could involve tax-exempt bonds, including 501(c)(3) bonds, a rarely used financing tool, Ms. Lamberg said, or a new allocation of so-called Liberty Bonds, similar to the billions spent mostly on commercial development around World Trade Center. Or there could be a program to siphon excess revenue from the land lease at nearby Battery Park City. Some of these proposals could use public funding that would not be available to other affordable housing projects, she said.

There may also be ways to drive down the cost of the project through redesign, said Todd Fine, a member of the coalition, although some financial details, including the size of the payments to the Port Authority, have not been disclosed.

Some of these proposals, however, are contingent on a robust federal housing investment surviving in the final version of the Build Back Better plan now stuck in Congress.

There is value to building affordable housing in high-rent neighborhoods, said Jolie A. Milstein, the chief executive and president of the New York State Association for Affordable Housing. But given the costs of construction and the complicated negotiations involved, she said, subsidizing additional affordable units there might not be the best use of limited resources.

But the most important endorsement would come from Kathy Hochul, New York’s new governor, who has broad influence over the government agencies that own the site. Hazel Crampton-Hays, the governor’s press secretary, said in a statement that “Governor Hochul is committed to continuing to take bold action to protect tenants and help solve the housing affordability crisis — not just in one neighborhood or one building, but across the state, and we are monitoring the development of this project in that context.”

One way or another, the approval process is likely to take at least another year, in part because the site was originally slated for a commercial tower, and residential use will require a change to the General Project Plan for Lower Manhattan established after the attacks. There is also the possibility that a protracted fight over the tower could push the Lower Manhattan Development Corporation to return to a commercial plan that wouldn’t require additional approvals.

But Ms. James, of the Coalition for a 100% Affordable 5WTC, isn’t deterred.

“I leave my apartment and look at empty buildings every day,” she said, noting the glut of commercial and luxury residential property surrounding her. “We can fill a building, if it’s affordable.”

Many property purchasers in Alaska possess the same vision: Either hunker down away from the madding crowds in a refined log cabin or operate a … END_OF_DOCUMENT_TOKEN_TO_BE_REPLACED

YORK, England — Pints in hand, a group of men sat hunched over chessboards under the sloping ceiling beams of the Eagle and Child pub in York, in … END_OF_DOCUMENT_TOKEN_TO_BE_REPLACED