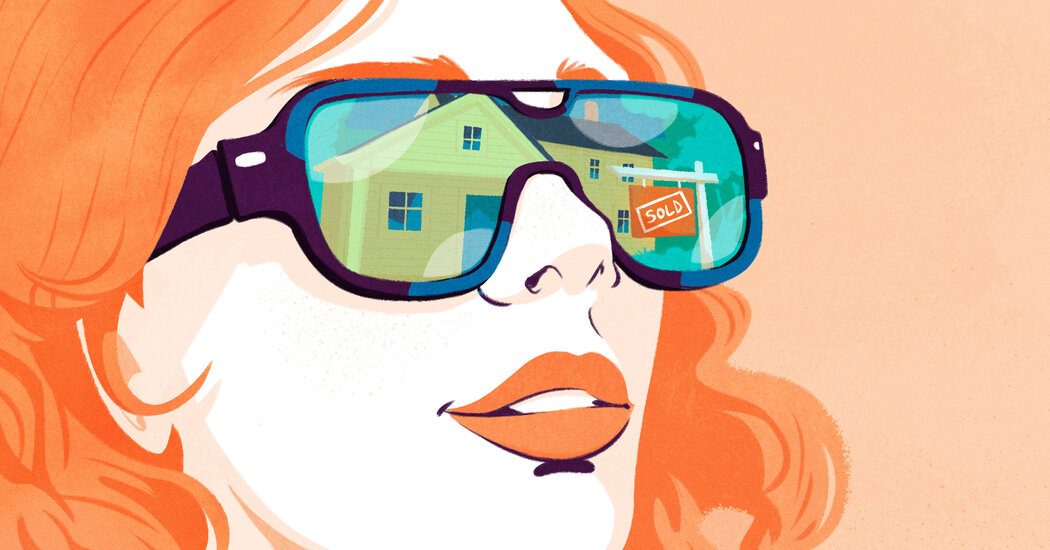 “I felt like I owned myself, like that was a form of self-love to go back and redeem my dream, my path,” Ms. Ealey said. “I went from being heartbroken, lost, confused, and in just one year, I was able to turn that into having about half a million in assets.”

During the process, she became active in both the Lady Landlords and Real Estate InvestHER Facebook communities, heartened to meet others like herself. “So many went from being married and in relationships and ended up losing everything, but took the little money they had and put it into real estate,” she said.

Their stories alleviated her fears that she’d taken too big a risk.

But there are pitfalls, often related to gender bias. One 2020 paper from the Yale School of Management found that single women see much lower returns from buying and selling real estate than single men.

The Lady Landlords and Real Estate InvestHER message boards are full of questions and complaints about how to address unequal treatment. “I’ll get one post that’s ‘Hey, what type of flooring should I buy,’” said Ms. Nova. “And one post that’s ‘Hey, contractors showed up and asked where my husband was or I have a male tenant and he’s not paying rent, what’s the best way to ask for it safely?”

Ms. DeVoe said she felt a hefty dose of impostor syndrome during the renovation process. “Working with contractors was a nightmare being a woman,” she said. On the job site, if her father was around, the men would always address him. “And my dad being this wonderful human would be like ‘I’m not the boss, you have to talk to her.’ And they’d look confused.”

Even the paperwork smacked of sexism, she said. On Ms. DeVoe’s property deed, right beside her signature, are three words in all-caps: AN UNMARRIED WOMAN. “I was like, you guys are rubbing it in my face,” she said. (The state of Montana does not require deeds to list marital status.)

Whether you optimistically hope that mortgage rates will decline or are resigned that rates will stay elevated above the historic lows of 2021, you … END_OF_DOCUMENT_TOKEN_TO_BE_REPLACED

A resident of Nikopol, Ukraine, in her backyard last month, with smoke rising from an area on the opposite bank of the Dnipro River. Credit...David … END_OF_DOCUMENT_TOKEN_TO_BE_REPLACED