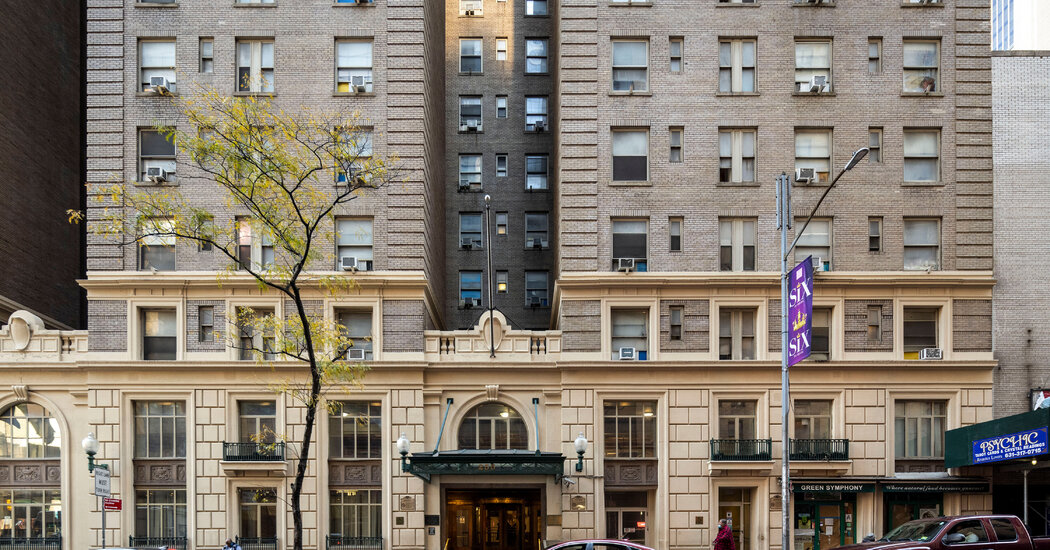 Soon after Covid devastated the New York hotel industry in the spring of 2020, politicians, developers and homeless services groups arrived at a rare consensus: This was a once-in-a-generation chance to convert struggling hotels into affordable housing.

In California, which faced a similar situation during the pandemic, government agencies have helped to convert 120 sites, most of them hotels, into 5,911 housing units, the majority permanent housing for the homeless and other low-income renters, according to an April report from the California Department of Housing and Community Development.

The grand total of hotels converted into permanent affordable housing in New York City during the pandemic? Zero.

“The opportunity is kind of slipping away,” said Eric Rosenbaum, the president and chief executive of Project Renewal, a New York-based homeless services group that has tried to facilitate hotel conversions.

memories of flophouses in the 1970s and ’80s, although a 2008 study of 123 supportive housing developments in New York by the Furman Center at New York University found no evidence that they negatively affected nearby property values. And supporters say that a different approach to the S.R.O. model could help alleviate the affordable housing crisis at a pivotal moment, when these conversions can still be done at scale.

The window of opportunity has not closed completely. Bargains may be disappearing, but the hotel industry hasn’t yet recovered, and more projects could become feasible for nonprofit developers with the right mix of regulatory relief and funding. Promised support from Mayor-elect Eric Adams could also jump-start several projects, although much of that progress will depend on how — and when — the city and state act.

when an annual estimate was done in 2020, the latest year data were available, compared with about 53,000 in 2010, according to the U.S. Department of Housing and Urban Development. And those numbers are likely an undercount, according to the Coalition for the Homeless, an advocacy group.

Housing Our Neighbors with Dignity Act, or HONDA, a bill that makes $100 million available for the conversion of hotels and commercial buildings into affordable housing, with caveats: Each unit must have its own kitchen and bathroom, and the conversion of unionized hotels — primarily in Manhattan, the core of the hotel market — will be allowed only with union consent. No regulatory relief was given for hotels adjacent to residential areas.

Some of those requirements are meant to avoid the mistakes of earlier single-room occupancy units, which became a symbol of urban decline in the 1970s and ’80s.

proposed converting thousands of hotel rooms into supportive and affordable housing, with a focus on the boroughs outside of Manhattan.

But most of the opportunity may be in Manhattan. Before the pandemic, more than 81 percent of the city’s hotel rooms were in Manhattan, and many of the newer hotels in other boroughs are in areas that would require zoning exceptions, said Noah Kazis, an author of an industry report by the New York University Furman Center.

Evan Thies, a spokesman for Mr. Adams, did not answer questions about the proposal, but wrote in an email that Mr. Adams’s administration “will have a comprehensive plan ready for when he takes office.”

Many property purchasers in Alaska possess the same vision: Either hunker down away from the madding crowds in a refined log cabin or operate a … END_OF_DOCUMENT_TOKEN_TO_BE_REPLACED