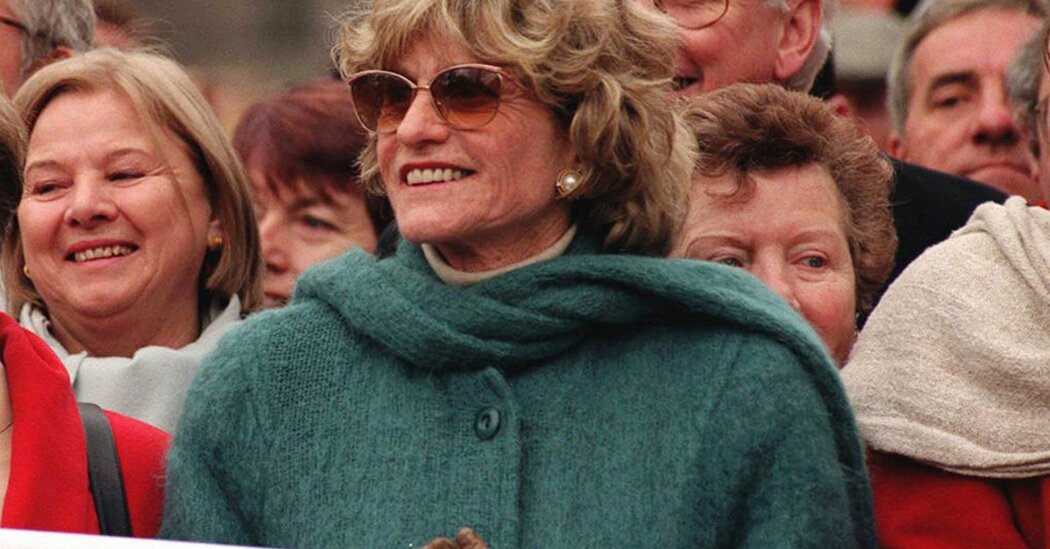 Jean Kennedy Smith’s grand Manhattan duplex overlooking the East River, where she played host to her large, prominent family, along with luminaries from political, art and showbiz circles, is being sold by her estate. The asking price is $6.45 million, with $19,975 in monthly maintenance.

Ms. Smith, who was the last surviving sibling of President John F. Kennedy and the second-youngest in the Kennedy clan, died last June at the age of 92. She served as the U.S. ambassador to Ireland in the 1990s and was credited for helping end decades of violence in Northern Ireland. In 2011, she was awarded the Presidential Medal of Freedom.

Her apartment is a combination of two units on the sixth and seventh floors of 4 Sutton Place, a 14-story co-op ensconced in a leafy enclave lined with 19th-century townhouses. The nine-unit, brick-and-limestone building, between East 57th and 58th Streets, was designed by the architect Rosario Candela and erected in 1928.

Ms. Smith bought the duplex in 1997 and moved in a year later, after completing her diplomatic service, according to Amanda Smith Hood, one of her four children and the owner of a small equestrian-goods business in Washington. She acquired a two-bedroom adjoining residence on the seventh floor in 2001, she said, and used it mainly to house guests.

On a landlocked street corner at the entrance to the South Street Seaport stands a shabby, rust-streaked old lighthouse, its lantern dark, dwarfed by … END_OF_DOCUMENT_TOKEN_TO_BE_REPLACED

Kohl's announced Friday that it is terminating talks to sell its business, saying that retail environment has significantly deteriorated since the … END_OF_DOCUMENT_TOKEN_TO_BE_REPLACED