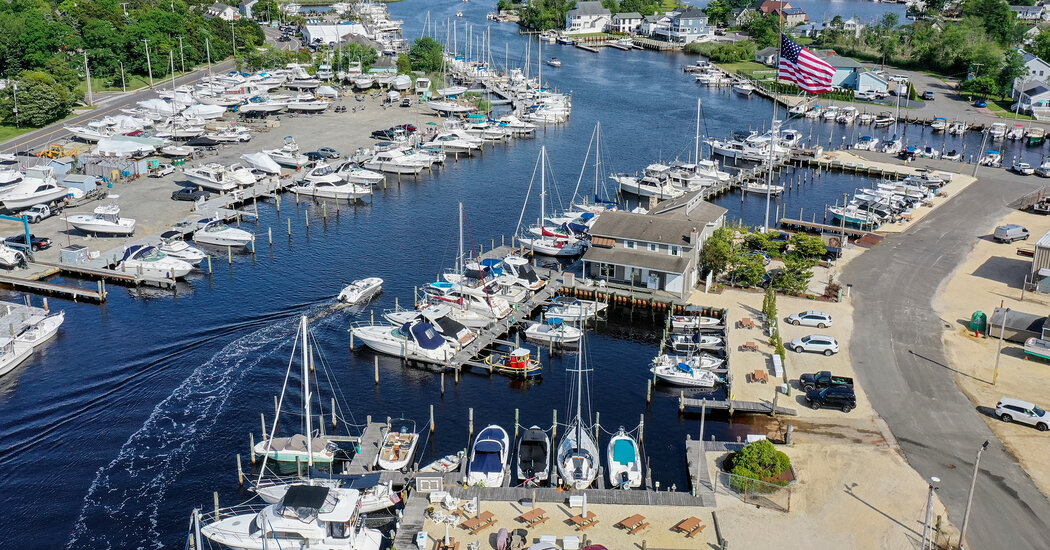 As he opened up the throttle of his new 23-foot motorboat, Casey Quinn boasted that he could get from the dock at the back of his house in Forked River, N.J., to the Barnegat Inlet in less than 18 minutes. A heavy chop on the bay, and a less than seaworthy passenger, forced him to slow down a bit, so the trip out to the Atlantic Ocean took about 20 minutes instead.

Ready waterway access is a primary draw for this Ocean County waterfront — but not beachfront — community. Also, it is separated from the Atlantic coast beaches by the bay, so housing prices are substantially less than those in areas fronting the ocean.

Forked River State Game Farm was New Jersey’s first state-run game farm, on property just off Route 9 that the state’s fish and game commission acquired in 1912 from a former master of a sailing freighter. Every year, the farm would raise and release thousands of pheasants to be hunted by sportsmen and women who visited the farm. In later years, the game farm’s management sought the assistance of residents of the neighboring juvenile rehabilitation center. The game farm is now part of the Edwin B. Forsythe National Wildlife Refuge.

Editor’s Note: This story is part of As Equals, CNN’s ongoing series on gender inequality. For information about how the series is funded and more, … END_OF_DOCUMENT_TOKEN_TO_BE_REPLACED

IdentityForce, a service from the credit bureau TransUnion, monitors your personally identifiable information (PII) so you don’t have to do it … END_OF_DOCUMENT_TOKEN_TO_BE_REPLACED