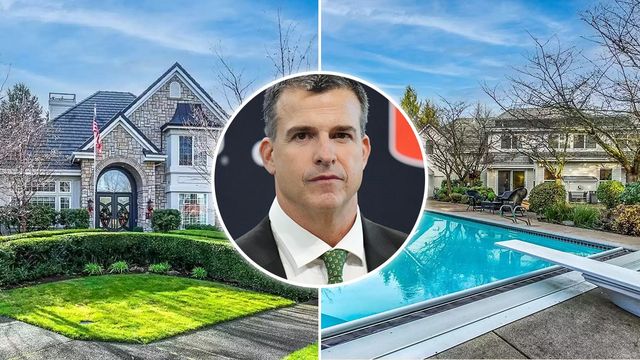 Recently named as the head coach of University of Miami’s football team, the Miami Hurricanes, the former Oregon Ducks coach Mario Cristobal has tossed his Eugene, OR, home on the market.

Prepping to make the switch back to his home state, the two-time Pac 12 champion has moved on from the Pacific Northwest.

He hopes to double his money should his home sell anywhere near the asking price. Bold play, coach!

Cristobal purchased the home in April 2020 for $925,000 and put it back on the market less than two years later for $1.8 million. It’s currently one of the five priciest places for sale in the college town.

Built in 1999, the residence will be a big score for the next owner.

Along with formal living and dining rooms, the layout includes an open kitchen and family room with glass doors leading to a patio outside.

AUSTIN, Texas--(BUSINESS WIRE)--As the first multifamily management company to be recognized in the Public Relations and Marketing Excellence Awards, … END_OF_DOCUMENT_TOKEN_TO_BE_REPLACED

There have been whispers of cooling housing and rental prices in the San Francisco Bay Area, but that hasn't yet translated into practical, noticeable … END_OF_DOCUMENT_TOKEN_TO_BE_REPLACED

Cars pass in Independence Square at twilight in Kyiv, Ukraine, Monday, Oct. 31, 2022. Rolling ... [+] blackouts are increasing across Ukraine as the … END_OF_DOCUMENT_TOKEN_TO_BE_REPLACED