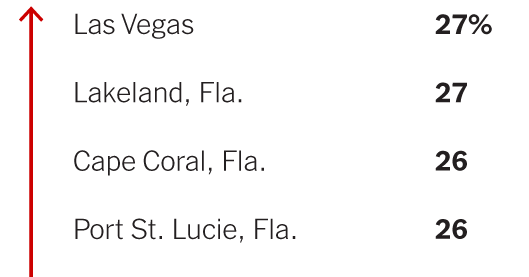 When pandemic lockdowns hit the real estate industry, showings were halted, homes were yanked off the market, and municipal offices that process closing documents were shuttered. As a result, in March of 2020 nearly 18 percent of purchase contracts in the United States were canceled — though it only took a few months to return to typical levels.

But in 2022, the frequency of canceled deals has begun to rise again, reaching nearly 15 percent in June — the highest rate since the pandemic peak, according to a recent report by Redfin, representing about 60,000 failed home sales across the nation.

The likely culprit: rising mortgage interest rates. The journey from accepted bid to closing day can take to two months or more, and interest rates sometimes shift in the interim. Buyers can lock in rates for certain periods of time, but not all do, and even a small increase can stretch monthly payments out of range and kill a deal. And this year’s rate increases were substantial. Consider, for example, that the average rate for a 30-year, fixed-rate mortgage rose from 3.79 percent in January to 5.3 percent in July. That change would increase a monthly payment by about $90 for every $100,000 borrowed.

The locations where the highest percentage of deals fell through in June — many in the South and Southwest — are some of the most popular for buyers. In Las Vegas, just over 27 percent of deals collapsed in June, the highest rate among all markets, according to Redfin. Favored destinations in Florida followed, including Lakeland, Fla., just under 27 percent, and Cape Coral, Fla., just under 26 percent.

This week’s chart shows the U.S. metropolitan markets where the highest share of deals fell through in June.

MIAMI — The morning after Hurricane Ian slammed into Florida, Gov. Ron DeSantis shared the podium at his news briefing with two people: his emergency … END_OF_DOCUMENT_TOKEN_TO_BE_REPLACED

SHERMAN OAKS, Calif.--(BUSINESS WIRE)--When it comes to choosing a property management company, the size of a company often becomes a sticking point … END_OF_DOCUMENT_TOKEN_TO_BE_REPLACED