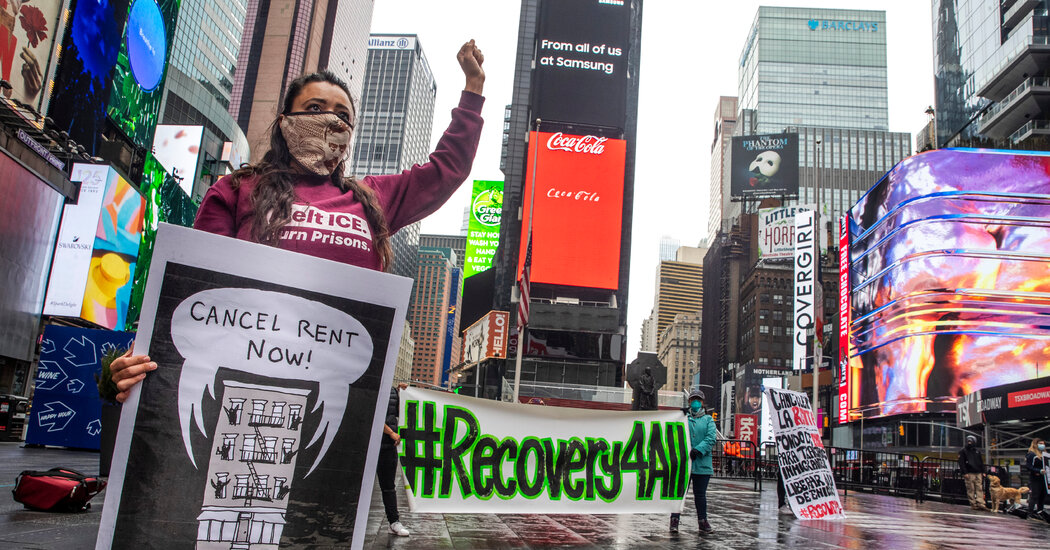 The panel that sets rents for more than two million New York City residents signaled on Wednesday that it may again freeze rents for some of them, a move that would be a boon to tenants but a blow to landlords as both camps scrape by amid the coronavirus pandemic.

The panel, the Rent Guidelines Board, voted 5 to 4 to consider keeping rents on one-year leases as is or letting property owners raise them up to 2 percent. Doing so would essentially extend a rent freeze the board approved last summer. Rents on two-year leases could rise 1 to 3 percent.

The vote on Wednesday was preliminary. A final decision by the board, which sets rents for about half of the city’s rental housing stock, will come in June and take effect in October. It would cover 1.2 million regulated units; market-based rentals would not be affected.

Any freeze approved by the board would be the fourth in seven years, a remarkably stagnant stretch for government-regulated rentals and a sign of officials’ concern that tenants cannot afford to live in one of the most expensive housing markets in the United States.

recently extended an eviction moratorium for residential and commercial renters until Aug. 31. The initiative also protects small residential landlords from foreclosure proceedings if they cannot make their mortgage payments.

On the property owners’ side, the Real Estate Board of New York, an influential lobbying organization, and other landlord groups had called for increases of 3 to 5 percent on one-year leases, which would be the biggest jump since 2014. Such an increase is necessary to pay rising property taxes and to keep buildings in good condition, landlords said.

The board noted in a report that expenses for landlords of rent-regulated buildings had risen 3 percent in the past year, with the cost of items like insurance, labor and maintenance going up.

At the meeting on Wednesday, Scott Walsh, a board member who represents property owners, proposed a 2.75 percent increase for one-year leases and a 5.75 percent for two-year leases.

“The impacts to owners over the past 15 months have been historically unprecedented, with high vacancies, century-record-breaking collection loses and higher operating costs,” Mr. Walsh said. His proposal, like the one offered by the tenant members, failed by a vote of 7 to 2.

Property owners criticized the board’s vote on Wednesday, saying that government help for tenants should come from the state and federal levels, not from a local entity.

“Tenants impacted financially by the pandemic have received thousands of dollars in stimulus checks, enhanced unemployment benefits, and other government relief,” said Joseph Strasburg, the president of the Rent Stabilization Association, which represents landlords with roughly a million rent-regulated units in New York City. He added: “Landlords have received zero assistance.”

The state’s rent relief program, however, will assist property owners because the subsidies it provides to tenants will be paid directly to landlords.

Before its vote on Wednesday, the board released its most recent snapshot of rental costs in the city, for 2019. The report to be released next year will focus on 2020. In 2019, the median monthly rent for regulated apartments citywide was $1,300, a $40 increase from the year before. In Manhattan, the figure was $1,970.

The Seattle Seahawks are very much still in the running for Baker Mayfield. (Photo by Stacy ... [+] Revere/Getty Images) Getty Images The Seattle … END_OF_DOCUMENT_TOKEN_TO_BE_REPLACED

(CNN) — Kim Kyung-seop recalls going to cheap bars after class with his friends, where they binged on as much makgeolli as possible. "You know the … END_OF_DOCUMENT_TOKEN_TO_BE_REPLACED