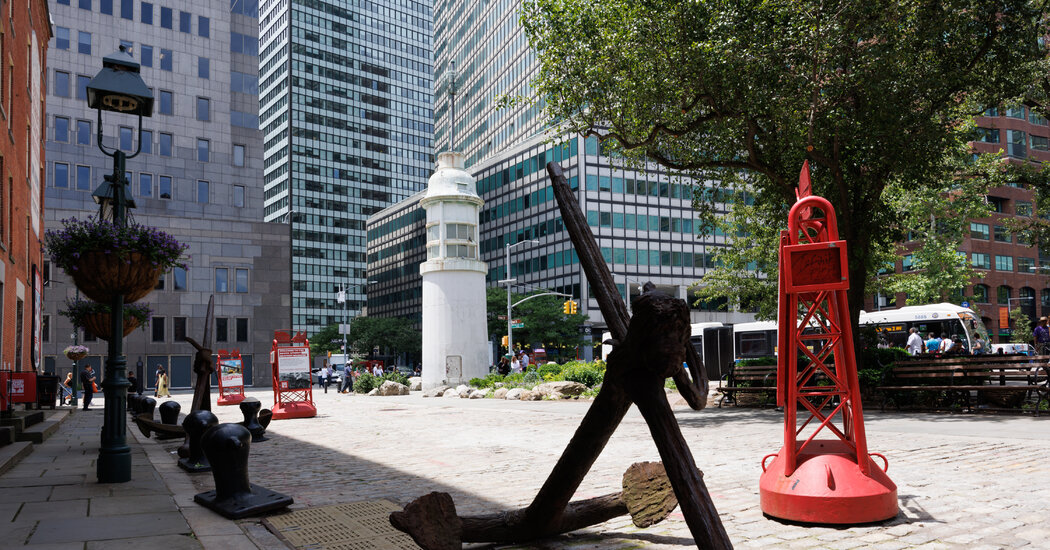 On a landlocked street corner at the entrance to the South Street Seaport stands a shabby, rust-streaked old lighthouse, its lantern dark, dwarfed by modern towers to its south and west. Passed with scarcely a glance by most people heading to the shops and bars on Fulton Street, this is the 109-year-old Titanic Memorial Lighthouse, which once presided over the East River waterfront from a far prouder height, shining its fixed green beacon miles out to Sandy Hook, at the southern entrance of Lower New York Bay.

A fledgling preservation group, which includes descendants of Titanic passengers, has been urging the restoration of the lighthouse for more than two and a half years, while the South Street Seaport Museum, which owns the structure, has been focused on the more immediate, existential struggle of simply staying solvent.

development plan for 250 Water Street, a big parking lot one block north of the lighthouse.

MIAMI--(BUSINESS WIRE)--Intelli Smart Homes, the leading smart home technology company, has been recognized as one of America’s fastest-growing … END_OF_DOCUMENT_TOKEN_TO_BE_REPLACED

Customers outside a Walmart store in Torrance, California, US, on Sunday, May 15, 2022. Walmart Inc. is scheduled to release earnings figures on May … END_OF_DOCUMENT_TOKEN_TO_BE_REPLACED

The past few years have been brutal on homebuyers' budgets. Would-be buyers have been priced out of some of the most desirable neighborhoods thanks to … END_OF_DOCUMENT_TOKEN_TO_BE_REPLACED