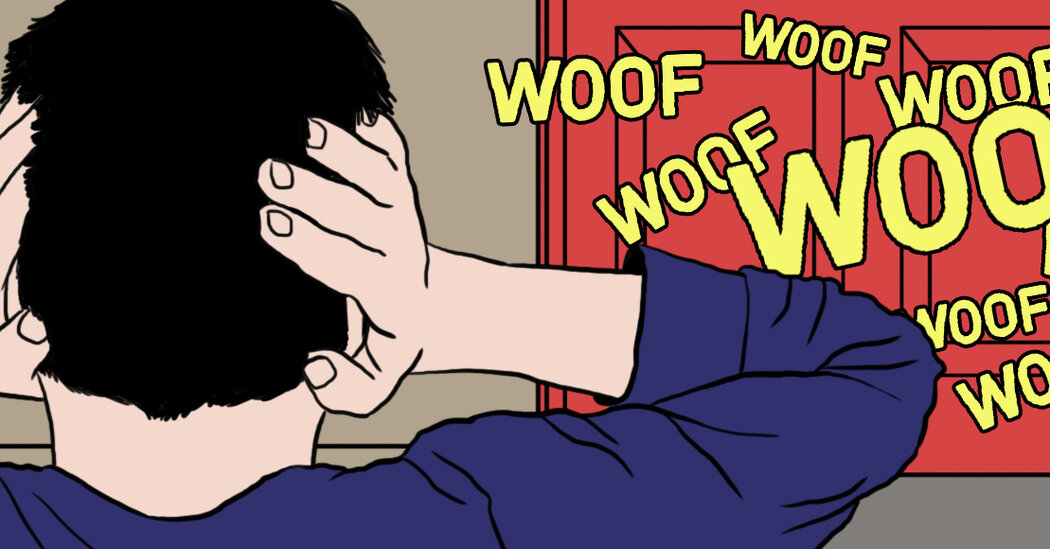 Q: I live in a rent-stabilized apartment in Brooklyn. My neighbor across the hall has two large dogs that bark incessantly, which triggers my migraines. When I brought my health concerns to my neighbor’s attention, he was hostile and filed a report to the building accusing me of harassment. Management has been reluctant to take a stance. And I don’t have solidarity with my other neighbors, who seem to ignore the chaos. Is there anything that can be done to curb the noise?

A: As a tenant, you are entitled to a habitable apartment, free from unreasonable noises from your neighbors. Incessant barking could certainly qualify as unreasonable noise. But it depends on how loud and how long the dogs bark.

You live in a noisy city, in a building with other people, so you are expected to tolerate some amount of noise, including the occasional bark from a dog. If your neighbors have shrugged off the disruption and will not back you up, your landlord might think that you’re overly sensitive to reasonable noise.

“The issue is proof, ” said Sherwin Belkin, a lawyer who represents landlords and is a founding partner of the Manhattan law firm Belkin Burden Goldman. You need to prove that the noise is loud, frequent and long. “But it sounds like no one will back the tenant up, which is a problem.”

But rather than continue to escalate the conflict with your neighbor, try to diffuse the tension, especially since your claim is on shaky ground. There are things a dog owner can do to reduce the noise. The owner could confine the dogs away from the front door, as hallway noises might trigger the barking, according to Andrea Arden, a Manhattan dog trainer. Ms. Arden also suggested that activities like food-stuffed treats could keep them occupied and quiet.

AUSTIN, Texas--(BUSINESS WIRE)--As the first multifamily management company to be recognized in the Public Relations and Marketing Excellence Awards, … END_OF_DOCUMENT_TOKEN_TO_BE_REPLACED

There have been whispers of cooling housing and rental prices in the San Francisco Bay Area, but that hasn't yet translated into practical, noticeable … END_OF_DOCUMENT_TOKEN_TO_BE_REPLACED

Cars pass in Independence Square at twilight in Kyiv, Ukraine, Monday, Oct. 31, 2022. Rolling ... [+] blackouts are increasing across Ukraine as the … END_OF_DOCUMENT_TOKEN_TO_BE_REPLACED