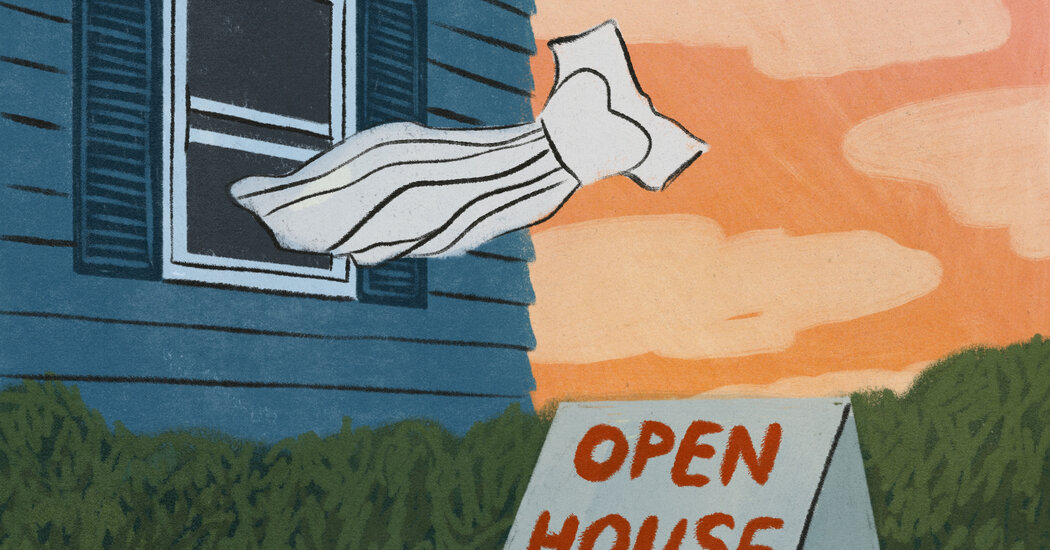 “I had a client where someone stole $16,000 worth of jewelry that was inside her dresser drawer in a jewelry box. She went to put it on; it was gone,” said Stephen Alessi, owner of an eponymous interior design firm, based in New York, that also does staging. Staging jobs, which usually run one-to-three months, can cost $10,000 to $45,000.

Among the items that have gone missing over the years, said Mr. Alessi, have been a pricey bottle of whiskey, a cigarette box displayed on a coffee table and a pocket watch housed under a glass dome. “And there’s always one or two less towels,” he added. “People do things in bathrooms, or they want a new, fluffy white towel, which is what we put out.”

And that’s the conundrum.

“You want to make a home feel comfortable, but the items you leave out can’t be too nice or else they can disappear,” Mr. Alessi said.

You want your guests “to remember the space, not what you own,” he said.

To combat the problem, brokers suggest removing all desirable objects — from medications to eye-catching watches and jewelry — from sight and from drawers, because as Ms. Norris mentioned, “People open and close things. It’s not always appreciated, but they are there to look around.”

Since Airbnb exploded in popularity, more people have chosen a specific closet to store their important belongings and installed impressively strong locks to protect them. Relying on a home safe, if large enough, is another option. Or, if you trust your neighbors, you can ask them to watch over your valuables temporarily.

“Take photos of each room paired with a corresponding inventory list before you start an open house, even before the broker arrives, who should do the same,” advised Mr. Alessi, who always does a lap with clients in case they’ve missed something. “Not everyone understands that what they have out is valuable.”

The wedding dress was never recovered, but my mother got over the loss. Though she doesn’t have the iconic garment to pass down to me, she does have this story. Forty years later we’re still telling it.

An affordable center-chimney Colonial in Glastonbury, CT, is the oldest property to hit the market this week on Realtor.com®.Offered at a steep … END_OF_DOCUMENT_TOKEN_TO_BE_REPLACED

Nissan was one of the early pioneers of the electric car. The Leaf has now sold over 600,000 units worldwide since its launch in 2011 and is still … END_OF_DOCUMENT_TOKEN_TO_BE_REPLACED

RUDNE, Ukraine — Yurii Brukhal, an electrician by trade, didn’t have a very dangerous role when he volunteered for Ukraine’s territorial defense … END_OF_DOCUMENT_TOKEN_TO_BE_REPLACED