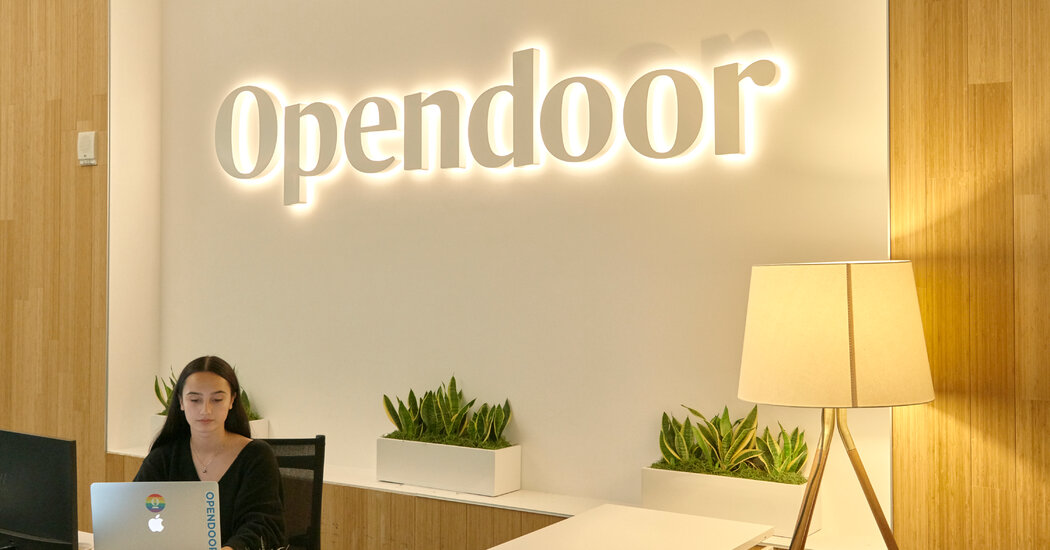 Opendoor Labs, an online home buying platform, agreed on Monday to pay $62 million to the Federal Trade Commission to settle claims that it used misleading marketing practices to persuade people to sell their homes on the site.

The company, which claims it allows homeowners to sell their homes more quickly than through a broker, deceived customers into offering their properties to Opendoor for less than they would have made on the market, the F.T.C. said Monday in a news release. The agency said Opendoor had presented home sellers with charts that showed they would make thousands of dollars more by selling their properties on the platform compared with in the traditional marketplace.

Opendoor said in a statement on Monday that it disagreed with the F.T.C.’s allegations, which the company said were tied to its business activities from 2017 to 2019.

housing market is under increasing pressure as consumers grapple with a jump in inflation, faltering home prices and soaring mortgage rates. The average rate on a 30-year mortgage climbed to 5.3 percent in July, according to Freddie Mac, a steep increase from 2.87 percent a year earlier.

Home prices rose more than 20 percent in May from a year earlier, according to Zillow, but the market has cooled since mortgage rates have begun climbing. In June, the real estate brokerage firms Redfin and Compass announced that they were laying off employees because of sinking demand and signs of a “housing downturn.”

Opendoor is one of several services in the “iBuying” space, which includes companies that use algorithms to determine a home’s value and buy it for cash. In September, iBuying accounted for 1 percent of home sales in the United States.

“Opendoor promised to revolutionize the real estate market but built its business using old-fashioned deception about how much consumers could earn from selling their homes on the platform,” said Samuel Levine, director of the F.T.C.’s Bureau of Consumer Protection. “There is nothing innovative about cheating consumers.”

Hometown Deli, Paulsboro, N.J.Mike Calia | CNBCThree men were charged with fraud and other crimes in a scheme involving a company that was worth $100 … END_OF_DOCUMENT_TOKEN_TO_BE_REPLACED

The childhood home of "The Morning Show" actor Nestor Carbonell recently hit the market in Greenwich, CT, for $4.4 million.Fans will appreciate that … END_OF_DOCUMENT_TOKEN_TO_BE_REPLACED