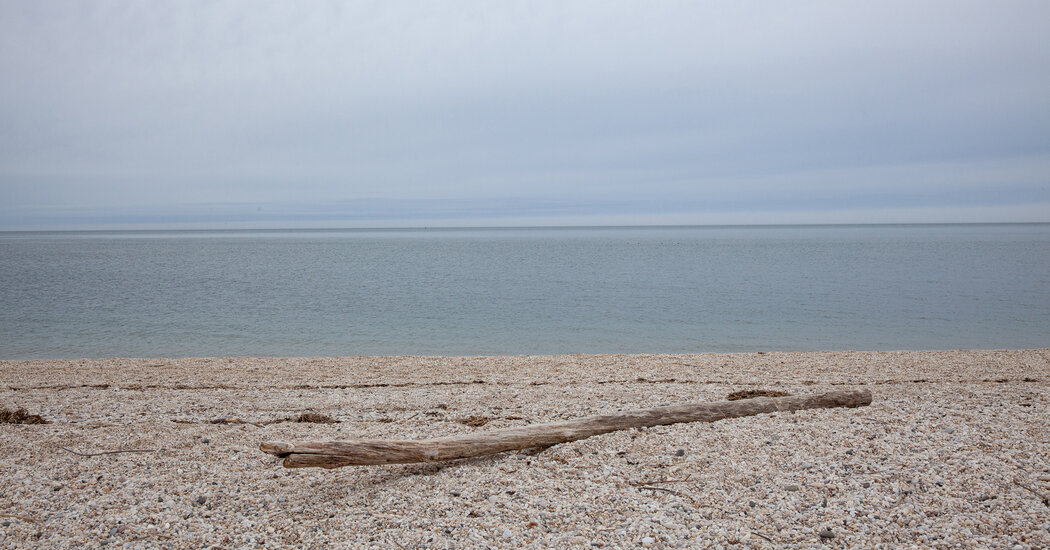 Orient, the land’s-end hamlet on the North Fork of Long Island, usually goes quiet from November to April. Not this year. The lights were on all winter in its centuries-old waterfront village, and in the farmhouses and more suburban-style developments off Main Road.

Peter Marren, a Manhattan-based architect, began vacationing with his family in Orient more than 20 years ago, after a chance bicycle ride through farmland and along beaches that reminded him of Marin County, in California. Mr. Marren became an “accidental resident,” as he put it, when the coronavirus swept through New York. He has also found himself working locally on some renovations.

Orient Beach State Park, a 363-acre finger of land that extends into Gardiners Bay and crooks back toward Shelter Island, is a destination for kayakers, cyclists, fishermen, picnickers and water birds, including ospreys, egrets and herons. Parking at smaller beaches is limited to those with Southold parking stickers.

Orient residents can be as fiercely protective of their natural surroundings as they are of the area’s history. A farmland preservation program has kept hundreds of acres free from development, funded by a 2 percent transfer tax on any real estate transaction. In the early 1980s, local activists beat back a proposal for condominiums near the ferry terminal. That land is now Orient Point County Park, with views from its waterfront trail of Orient Point Lighthouse, known as the Coffee Pot.

a solution to easing traffic in New York City and increasing development in Suffolk County. The 25-mile span was to be an island-hopping combination of suspension bridges and causeways over Plum Island, Great Gull Island and Fishers Island, to a terminus somewhere along the Connecticut-Rhode Island coast. An extension of the Long Island Expressway from Riverhead to Orient was a key element of the plan.

An affordable center-chimney Colonial in Glastonbury, CT, is the oldest property to hit the market this week on Realtor.com®.Offered at a steep … END_OF_DOCUMENT_TOKEN_TO_BE_REPLACED

Nissan was one of the early pioneers of the electric car. The Leaf has now sold over 600,000 units worldwide since its launch in 2011 and is still … END_OF_DOCUMENT_TOKEN_TO_BE_REPLACED

RUDNE, Ukraine — Yurii Brukhal, an electrician by trade, didn’t have a very dangerous role when he volunteered for Ukraine’s territorial defense … END_OF_DOCUMENT_TOKEN_TO_BE_REPLACED