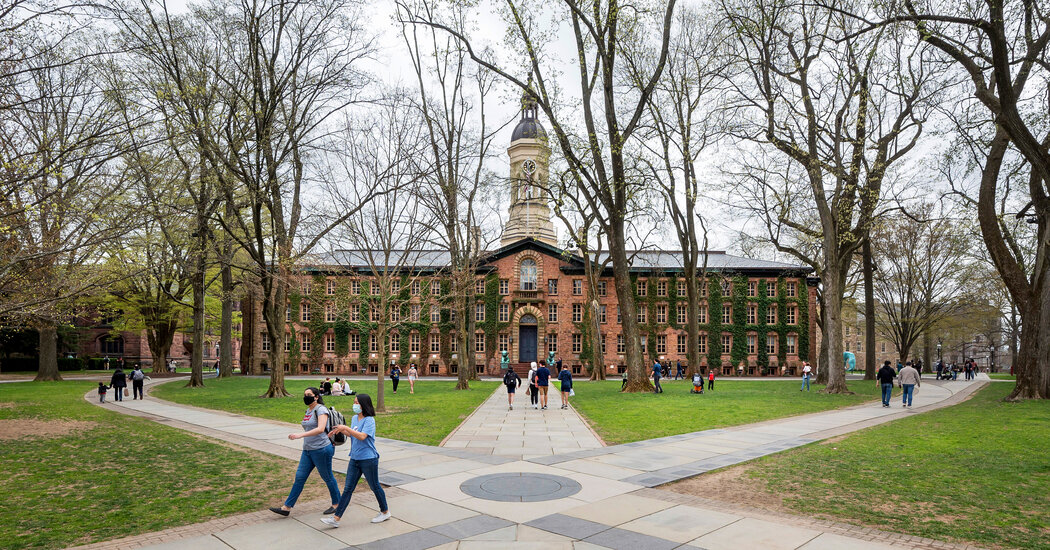 After living in Manhattan for 25 years, Donna Fay decided to create a new kind of life in 2019, in Princeton, N.J.

Ms. Fay, a licensed aesthetician who advises people on how to look their best “from the clavicle up,” moved with her baby son from the Upper East Side into a house with parts dating from the early 1700s. The property, which sits on the edge of Mercer County, 10 minutes from the center of town, included a carriage house, a cottage, a tennis court, a pool and a paved courtyard. And while some might have been daunted by the upkeep of its almost eight acres, Ms. Fay, 49, said she was born on a farm and had “no problems getting on a lawn tractor and cutting grass.”

She went so far as to credit others’ maintenance phobias for the bargain she got. (Public records indicate that the sale price was $2.1 million and that, at one point, the property was listed for $4.5 million.) “People nowadays don’t want so much acreage,” she said.

Well, that was then. After a year of lockdown, one imagines many would be happy to follow her on the back of a lawn tractor. But the number of available properties of any size in Princeton has plummeted. As of April 19, only 73 homes were on the market, of which 17 were listed for less than $1 million, said Martha Stockton, a second-generation real estate agent who descends from one of the town’s founding families. “There are usually an average of 125 listings this time of year,” Ms. Stockton said.

Princeton’s most coveted houses, many dating from the 19th and early 20th centuries, tend to be in the old borough, within walking distance of the business district centered at the intersection of Nassau and Witherspoon Streets, across from the Princeton campus.

272-square-foot condo in a 1932 shingled building is listed for $299,900, with a monthly homeowner fee of $258 and annual taxes of $5,372. The Residences at Palmer Square is a complex dating from 2012, with luxury condo units or townhouses that can be bought or rented.

An example of a loftier property somewhat removed from the center is a converted 121-year-old dairy barn with six bedrooms and a half-timbered tower that was originally an outbuilding on the Drumthwacket Estate, the official home of the governors of New Jersey. The price of that property, on two acres, recently dropped to $3.75 million, with annual taxes of $43,151.

There were no arrests in three quarters of last year’s fatal shootings, according to statistics provided by Mr. Krasner’s office, even as arrests for … END_OF_DOCUMENT_TOKEN_TO_BE_REPLACED