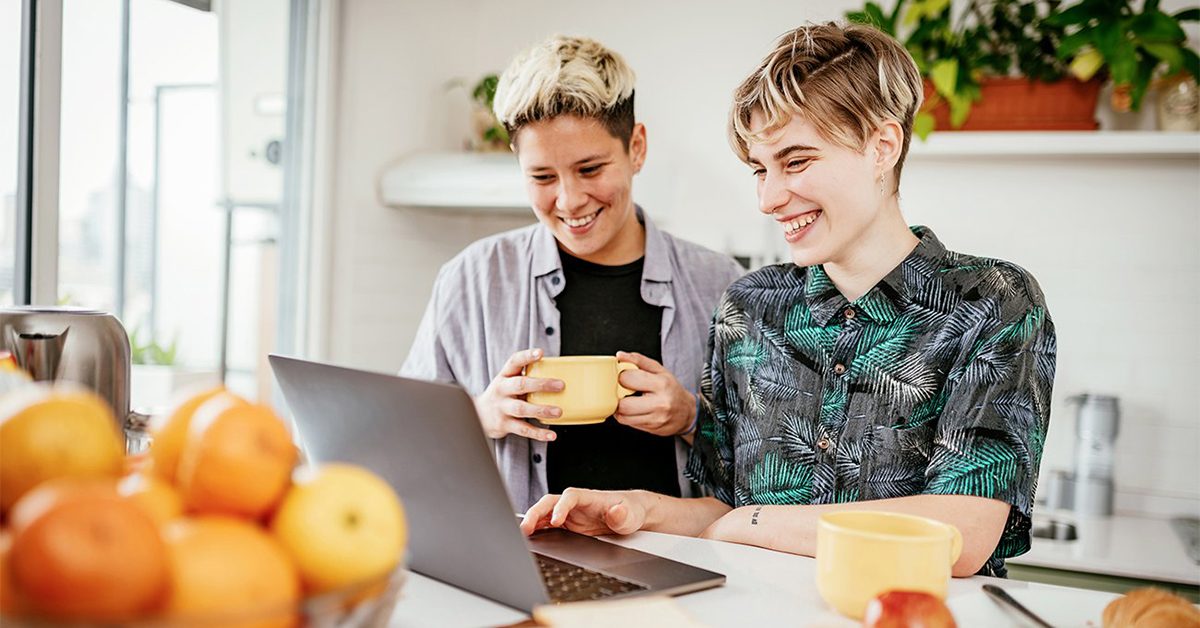 On June 9, NAR released the 2021 Profile of LGBTQ Home Buyers and Sellers. This report examines data from 2015 to 2020. Differences are examined by LGBTQ, Non-LGBTQ, Lesbian and Gay, and Bisexual buyers and sellers. There were distinct differences between LGBTQ and Non-LGBTQ homebuyers and sellers. Given that Millennials now make up 37% of home buyers (2020 Profile of Home Buyers and Sellers) and given further shifting attitudes regarding orientation and identity among Generation Z, the proportion of buyers and sellers identifying as LGBTQ is likely to increase as well. NAR Research studies buyer behavior and characteristics of dozens of demographic profiles. This was a population of buyers NAR felt was important to study as a growing segment in order to better inform members and the public.

Lisa Herceg, Director of Business Insights, was the lead author of the report. In this conversational Q&A, she provided perspectives on how to use the report, insights into the data and the results she found to be most interesting.

How did this report come about?

NAR first added a question about sexual orientation to its annual Profile of Home Buyers and Sellers study in 2015, and in 2019 released its first Profile of LGBTQ Home Buyers and Sellers. NAR added questions regarding gender and gender identity in 2019, and while transgender and gender non-binary individuals made up less than 1% of buyers and sellers, they are at least 8% of those identifying as LGBTQ. Given that Millennials now make up 37% of home buyers (2021 Profile of Home Buyers and Sellers), and given further shifting attitudes regarding orientation and identity among Generation Z, the proportion of buyers and sellers identifying as LGBTQ is likely to increase as well. NAR Research studies buyer behavior and characteristics of dozens of demographic profiles. This was a population of buyers NAR felt was important to study as a growing segment in order to better inform members and the public.

What questions is this report trying to answer?

What important trend(s) does this report capture?

Lisa Herceg: All of the findings in this report are based on aggregate data and medians, and these trends may not reflect the individual experiences of all of the highly diverse LGBTQ population. That said, those who identify as LGBTQ:

What aspects of this report do you find most interesting?

Lisa Herceg: The most interesting differences were among those who identified as bisexual. Some of these differences were factors of age: the typical bisexual home buyer or seller was 34, vs. 45 among lesbians and gay men and 46 among Non-LGBTQs. Bisexuals were less likely to identify as White/Caucasian, more likely to identify as Hispanic/Latino, and more likely than lesbians and gay men to cite a primary household language other than English, reflecting the increasing diversity of younger U.S. adults. But some of these differences show patterns related not to age, but to gender: two-thirds of bisexual buyers were female, while two-thirds of lesbian or gay buyers were male. Gender disparity in terms of buying power and responsibility for children seems to be reflected here: Bisexuals were more likely to report single-income households than other home buyers, even when controlling for age, and they are more likely than lesbians or gay men to report children in the household. Bisexuals across age groups were more likely than others to be first-time home buyers, to report lower incomes, and to be single females. And bisexuals spent less than other home buyers on the homes they purchased, regardless of age.

How can our members use this data?

Lisa Herceg: When working with LGBTQ buyers and sellers, members should bear in mind that LGBTQ buyers and sellers may have different needs and expectations when buying and selling property. They are less likely than non-LGBTQ buyers and sellers to be married, and LGBTQ couples may need to consider a different set of legal protections when purchasing or selling. While they are equally as likely as non-LGBTQ buyers to look for properties in the suburbs, they are more likely to purchase in urban areas and less likely to be drawn to small town or rural areas. These buyers are more likely to place importance on convenience to their jobs, to entertainment and leisure, to a veterinarian, and to overall affordability than on convenience to family and friends or to schools. Members should also keep in mind that LGBTQ buyers may be ready to move on to a new property more quickly than others: this group plans to stay in their newly-purchased properties five years less than non-LGBTQ buyers.

DALLAS--(BUSINESS WIRE)--Today, HousingWire announced the winners of its annual Women of Influence award honoring 100 women shaping and propelling the … END_OF_DOCUMENT_TOKEN_TO_BE_REPLACED

Craig Giammona, BloombergAug. 5, 2021Mortgage rates in the U.S. dipped to the lowest level in almost six months. The average for a 30-year loan … END_OF_DOCUMENT_TOKEN_TO_BE_REPLACED

The 1992 Olympics in Barcelona had the Dream Team. The 2008 Olympics in Beijing had the Michael Phelps medal sweep. The Tokyo Olympics has a … END_OF_DOCUMENT_TOKEN_TO_BE_REPLACED