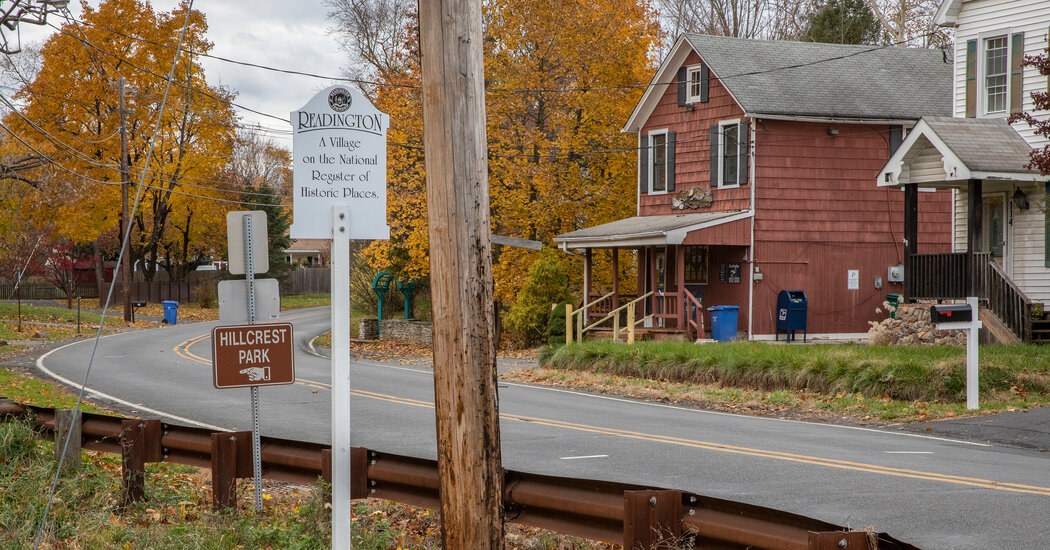 Recently married and looking to move out of their rental townhouse in Woodbridge, N.J., Shaun and MaryJo Spiller set their sights on Readington, N.J., the Hunterdon County town where Mr. Spiller was raised. The couple looked at several homes last fall, putting in one bid that fell through over problems with the house’s septic system. Around Christmas, Mr. Spiller’s father told him about another house newly on the market: the one the younger Mr. Spiller grew up in.

“Everything was exactly the same,” said Mr. Spiller, a 28-year-old data engineer for the Institute of Electrical and Electronics Engineers, describing the couple’s tour of his childhood home. “Even my old bedroom was the same electric-blue color.”

census data. In 1978, seeking to avoid the kind of overdevelopment that occurred in neighboring Somerset County, Readington became the first municipality in New Jersey to put an open-space referendum on the ballot, asking residents to vote for a $1 million bond to preserve farmland and check development. The referendum was approved, and since then Readington has preserved 9,000 acres — nearly a third of the town — through a combination of land acquisition, the purchase of farmers’ development rights and cluster zoning.

“It was a grass-roots effort by those who moved here in the 1970s looking to get away from the hustle and bustle and suburban sprawl,” said Mayor John Albanese, who moved to Readington two years after the referendum passed. “They didn’t want to see the whole town turn into the place they had moved away from. There was definitely an element of ‘I’m pulling up the ladder as I’m getting in the door here.’ But either you do that, or you don’t do anything and it becomes fully developed.”

These first months of the year are traditionally when hopeful homebuyers sit down to tally their raises or bonuses and assess what they can afford. … END_OF_DOCUMENT_TOKEN_TO_BE_REPLACED